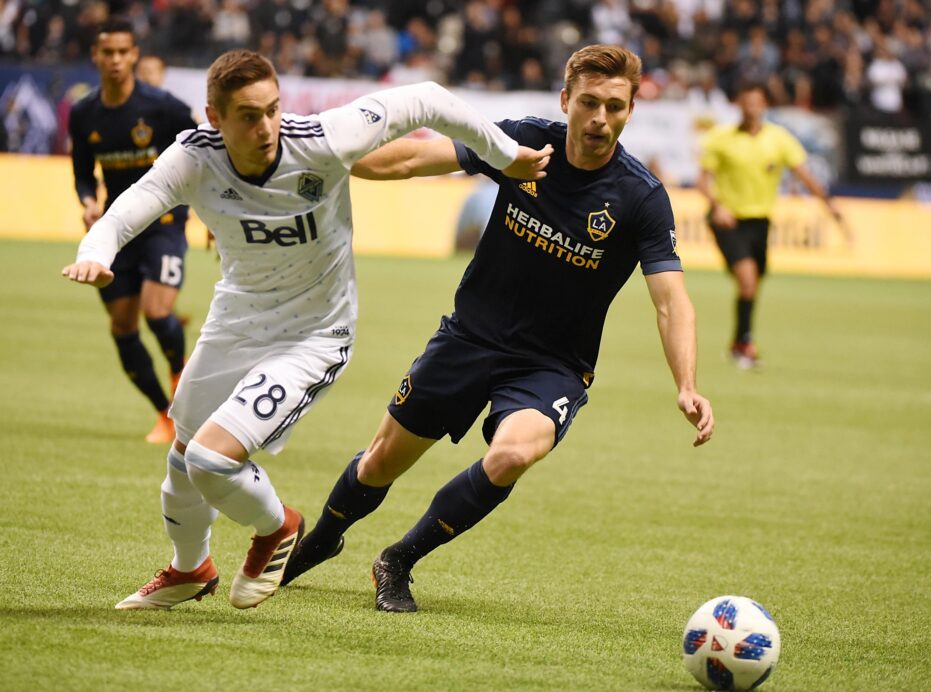 Vancouver couldn’t have asked for a more frustrating result in its attempt to rebound from its rough loss in Atlanta.

The Whitecaps were held scoreless by a weakened LA Galaxy side in a 0-0 tie at BC Place on Saturday.

Carl Robinson’s men, who themselves were dealing with a few absences, failed to break down an organized Galaxy setup led by Perry Kitchen and Servando Carrasco.

Despite firing off 11 shots, the Whitecaps were only able to force two on net in the direction of Galaxy goalkeeper David Bingham.

The Galaxy, who dressed four field players as substitutes, managed a single shot on target over 90 minutes, as they emphasized earning a road point ahead of their inaugural clash with LAFC.

The best chance of the night for the hosts came in the 71st minute, when Kei Kamara dribbled around a few defenders in the box before hoisting a weak shot at Bingham.

Vancouver is level on seven points with Sporting Kansas City at the top of the Western Conference after the draw, with the Galaxy sit in seventh with four points.

The Galaxy return home Saturday for the showdown with LAFC, while the Whitecaps visit Columbus.

In Sigi Schmid’s unorthodox 3-5-2 system, Rolf Feltscher thrived on the wing, as he shut down Vancouver’s wingers.

In a match devoid of significant chances, Kamara’s burst through the box in the 71st minute was one of the most exciting plays of the match, but it produced little damage once the Galaxy covered.

None of the Whitecaps’ attack-minded players were able to break down the Galaxy’s attack, which led to two shots from Kamara in a game he should’ve found the back of the net once or twice.