The Houston Dynamo delivered the most stunning win of the opening weekend of the MLS season, and their leading contributors headline the SBI MLS Best XI for Week 1.

Forwards Mauro Manotas and Alberth Elis lead the way in Houston’s 4-0 trouncing of Atlanta United, and each earned places in the week’s Best XI. They’re joined by Philippe Senderos, who scored a goal and helped shut down Atlanta’s defense.

The San Jose tandem of Danny Hoesen and Vako led the Earthquakes to a 3-2 win against Minnesota United, and both earned spots in the Best XI.

Here are this week’s selections for SBI’s MLS Best XI for Week 1: 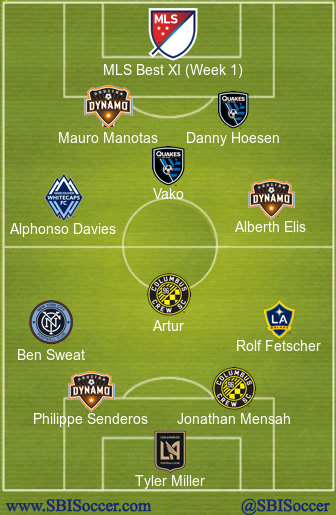