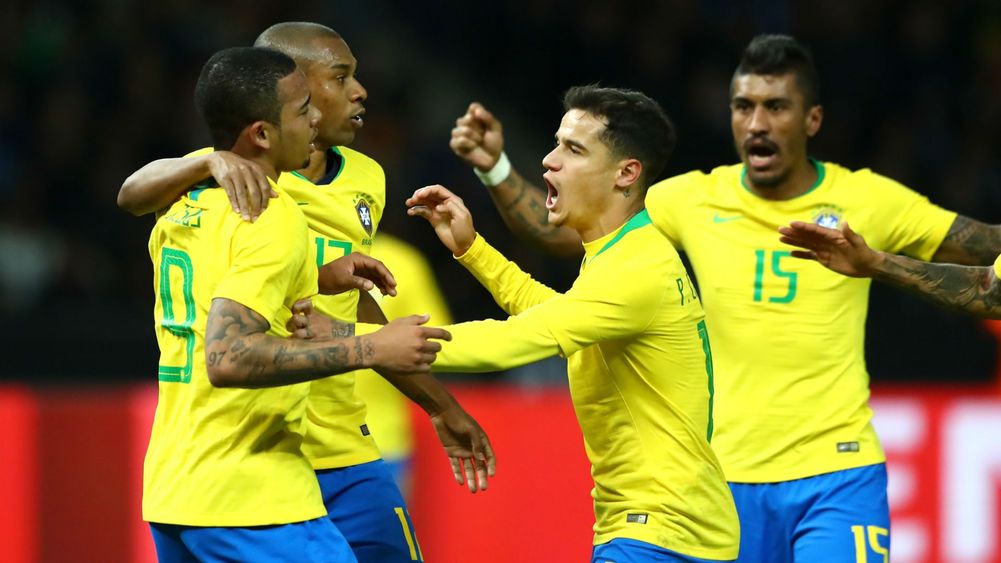 International friendlies came to a close on Tuesday with many of June’s World Cup sides in action. For most countries that qualified for this summer’s tournament, this international break allowed coaches another chance to make decisions for their rosters. For teams that are did not qualify, it was a chance to start a period of transition as they look towards the future.

The highlighted friendly came from Berlin as Brazil faced off with Germany at the Olympiastadion.

Germany trounced Brazil, 7-1, in one of the 2014 World Cup semifinals, but it was the visitors who had the final say on Tuesday winning 1-0. Manchester City forward Gabriel Jesus headed in the winning goal for Brazil in the 37th-minute, which was all the visitors needed to claim the victory. Jesus got on the end of Chelsea winger Willian’s cross and finished strongly into the bottom-left corner. Roma keeper Alisson made one save in the match, which was credited to strong defensive play by his Brazilian teammates.

Germany is now winless in their last four competitive fixtures and saw their 22-match unbeaten run under manager Joachim Low snapped. Brazil have won four of their last five fixtures.

Following their 1-1 draw with Germany last Friday, Spain looked much more comfortable on Tuesday rolling past Argentina, 6-1. Real Madrid midfielder Isco led the way with his first career hat trick for his country, while three other Spaniards got on the scoresheet. Diego Costa opened scoring for the hosts in Madrid, slotting home a right-footed finish in the 12th minute. Isco’s first of the match doubled the lead for Spain after 29 minutes before Nicolas Otamendi headed Ever Banega’s cross in to cut the lead in half for the visitors. Isco added to the lead after 52 minutes ahead of Thiago Alcantara’s right-footed finish three minutes later. Iago Aspas made it 5-1 off the bench with a blistering long-range finish before Isco capped off his hat trick in the 74th-minute.

Lionel Messi did not feature for Argentina as they tied their worst-ever defeat in the process in Madrid.

Despite not qualifying for June’s World Cup, Italy did fight their way back for a 1-1 draw at Wembley against England on Tuesday. Lorenzo Insigne’s 88th-minute penalty kick completed a comeback after VAR was used to award the penalty. Jamie Vardy’s rifled right-footed finish in the 26th minute put the Three Lions in front for a 1-0 lead they would take into halftime. Gianluigi Donnarumma was the busier of the two keepers, making five saves in the draw. Burnley defender James Tarkowski bundled over Federico Chiesa late in the second-half, which awarded Italy a late penalty. Insigne beat Jack Butland to the bottom-right corner which sealed some confidence for the Italians.