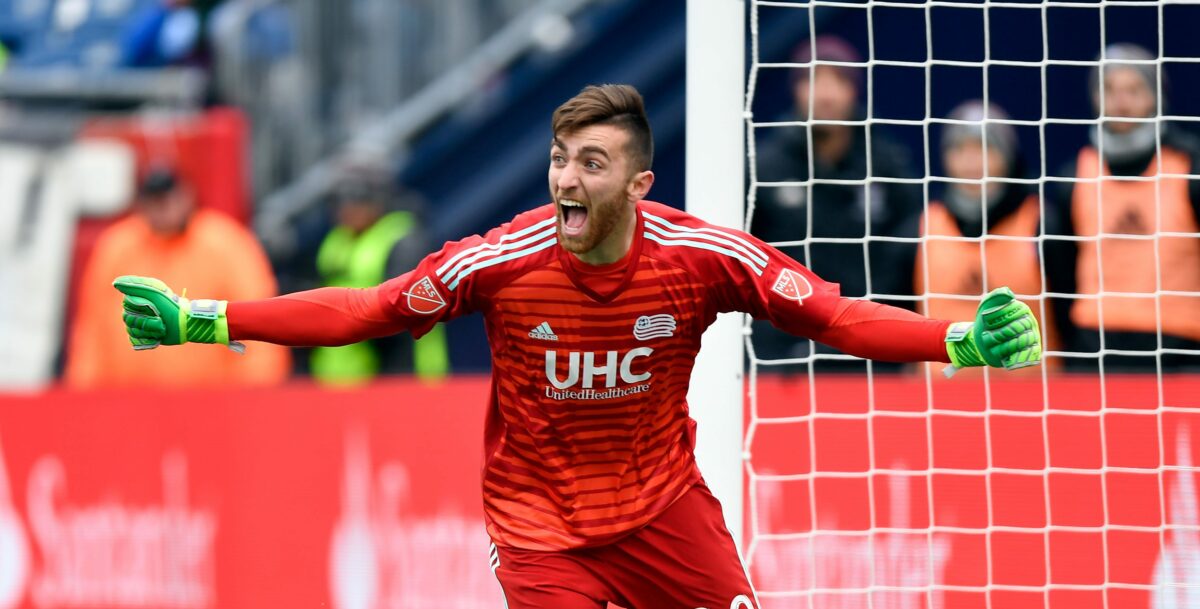 FOXBOROUGH, Mass. — Few goalkeepers have come as far in as short of time as the New England Revolution’s starting goalkeeper Matt Turner, who went undrafted in 2016 after two seasons starting for Fairfield University.

Turner managed to latch on as the Revs’ third-string keeper, and then got his first professional experience in 27 starts the past two seasons on short-term loan stints with the United Soccer League’s Richmond Kickers.

With last year’s starter, Cody Cropper, getting called into the U.S. Men’s National Team’s camp in January, and backup Brad Knighton both returning, it appeared to most that 2018 would be more of the same for Turner.

However, the 23-year-old Turner, who played his college home games at a 600-seat stadium, managed to beat the odds to win the starting job.

“When I was down at Fairfield, maybe the first two years, no,” Turner said on Saturday afternoon, after picking up his first MLS victory, about whether he would ever be an MLS starter. “The third and fourth I started to really believe that I was going to be able to do this and it’s paid off, here I am.”

Turner was a bright spot in the Revolution’s season-opening 2-0 loss to the Philadelphia Union, making four saves during a game in which New England went down a man in the 24th minute and then were reduced to nine players in the 86th minute as both Revs center backs earned red cards.

On Saturday, in his home debut, Turner made another four saves, including 54th-minute a penalty kick stop against the Colorado Rapids’s Jack Price to outclass his counterpart, the aging but still formidable Tim Howard.

“That was pretty cool,” Turner said. “I had a picture from my sister saying she was watching the game and she circled me in the back and said ‘Oh my god, you’re next to Tim Howard.’ It was a pretty cool moment. He was one of my inspirations growing up and to be on the same field as him is a huge honor and I definitely feel like I took advantage of the moment.”

Revolution coach Brad Friedel — quite a goalkeeper himself — said he told Turner that he was starting the preseason as the third-stringer, but that the past didn’t matter, it mattered what he showed to the new coaching staff.

“Matt has been very good from day one in preseason,” Friedel said. “Matt took his chance and he’s performed very, very well. I’m delighted, again, that we got the three points and his penalty save was a big moment in that.”

Revolution left back Chris Tierney, who scored the last-gasp winner against Colorado to deliver Turner his first victory, said that “it’s no surprise to us” within the team’s locker room that Turner earned a shot as the starter.

“Credit to him, he’s performed really well and had a great attitude throughout his time here and it’s exciting to see a guy like that get a chance,” the veteran Tierney said. “It’s always cool to see young players that really put their time in and work hard in training and get a chance to play and Matt falls into that category. We’re excited for him and we hope that he continues to perform at a high level. That was a huge save that he made for us today.”

Turner showed humility after the win, bringing up that he came off his line too late to prevent Niki Jackson’s 66th-minute head to equalize at the time.

“We can talk about the moment of the game was the penalty save and this and that, but I still think I made a mistake on the goal they scored,” Turner said. “If the game ended 1-1, I would have been really disappointed, so I was just hoping that my veteran guy, Chris, he could pick me up there.”

The Revs have a week off before resuming back at home against New York City FC on March 24 and Friedel indicated that Turner will get the start.

“The shirt is right now Matt’s to lose, but Brad (Knighton) and Cody (Cropper) are both excellent goalkeepers,” Friedel said. “They’re going to try to put as much pressure on Matt as possible. That’s what makes you better, when you have a lot of competition for places, you find out exactly what the players are made of when they go through a few adverse situations and then come out on the other side. Right now, Matt Turner is the No. 1 goalkeeper, but that can change any time with loss of form, an illness, an injury.”