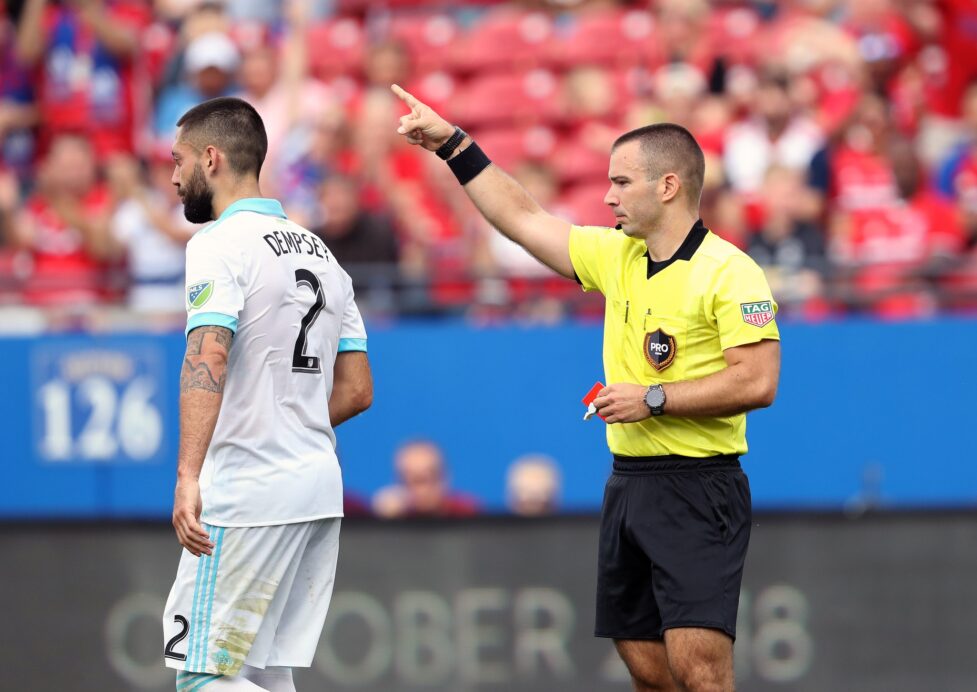 Another week of the young MLS season is in the books. Penalties, red cards to big name players, and late goals told the stories in nine matches over the weekend.

Here’s a look back at all of Week 3’s action.

D.C. United salvaged a point with a late goal in a 2-2 draw against the Houston Dynamo at Maryland SoccerPlex. (READ)

The Philadelphia Union and Columbus crew played out a drab 0-0 draw. (READ)

Jeisson Vargas scored his fist goal for the Montreal Impact in a 1-0 derby win over Toronto FC. (READ)

Kendall Waston was sent off early and Josef Martinez scored yet another hat trick as Atlanta United downed the Vancouver Whitecaps 4-1. (READ)

An extremely early penalty was all Real Salt Lake needed to get by the New York Red Bulls 1-0. (READ)

Clint Dempsey was sent off for the Seattle Sounders as they fall 3-0 to FC Dallas. (READ)