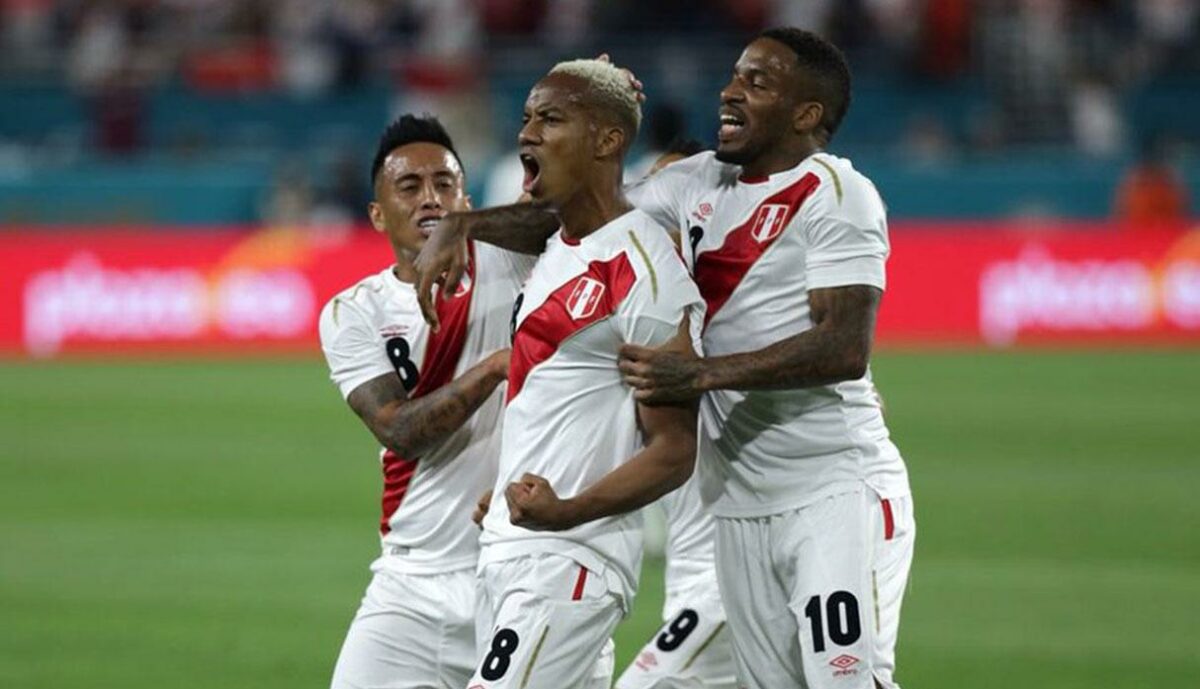 Goals from midfielders Andre Carrillo and Edison Flores on each side of halftime pushed Peru to a 2-0 victory over Croatia in a friendly at Hard Rock Stadium on Friday night. Carrillo’s winner came off an 11th-minute deflected effort from just outside the penalty area following a bad Croatia turnover, and Flores netted three minutes after halftime by punctuating a gorgeous passing sequence.

“I’m very pleased with the effort that the team put forth, especially with the seriousness with which the players approached this game against a great national team,” said Peru head coach Ricardo Gareca. “In general terms, this type of game is going to help us a lot going forward.”

The Peruvians had to finish the game between World Cup participants down a man, however, after midfielder Yoshimar Yotun was given a second yellow card in the 74th minute for obstructing a free kick from being played quickly by Luka Modric.

The win, which came in front of a pro-Peru crowd of 46,893, was the South American nation’s first victory against a European opponent since 1999.

The victory also kept the South American nation undefeated in 11 straight games. The Peruvians’ last loss came on Nov. 15, 2016, in a 2-0 affair in World Cup Qualifying against Brazil.

“I think the team believed in itself,” said Peru forward Jefferson Farfan. “We went toe-to-toe with a World Cup participant, and I think that was key for us.”

Preparing for its first World Cup since 1982, Gareca’s side jumped out to the early lead after some poor touches at the back allowed Carrillo to pick up the ball and fire from 20 yards out. His shot pinged off of an outstretched Domagoj Vida and beat goalkeeper Danijel Subasic.

In control of much of the rest of the opening stanza, the Croatians thought they pulled level in the 41st minute when Nikola Kalinic finished from in close. Referee Ismael Elfath quickly disallowed the goal, however, ruling that Kalinic had shoved centerback Anderson Santamaria before making contact with the ball.

Peru came out playing better after the break and scored almost immediately on a beautiful play that saw Peru impressively build out of the back. The 48th-minute sequence, which included a a nifty back heel from Carrillo in the build-up, ended with Farfan clipping a pass from the left towards the middle of the penalty area to Flores for the easy finish in front of the empty net.

“It was a quick play and I knew I had to be there in case the ball fell to me,” said Flores. “Luckily, it came to me and I was able to score, so it’s happiness for the entire country and the entire group.”

Added Peru midfielder Renato Tapia: “I’m not sure how many touches we had, but it was a great goal.”

Flores almost made it 3-0 a few minutes later, collecting a nifty back heel from Farfan and firing a stinging shot that whizzed by the left post.

Yotun, who was cautioned in the 56th minute for a foul, was given his marching orders 16 minutes before the final whistle. The Orlando City veteran’s sending off forced the Peruvians to defend more, and Croatia nearly made the man advantage count.

“I think so because I never obstructed the pass or anything,” said Yotun when asked if he thought Elfath’s punishment was excessive. “I stood there to get in front of the ball, and (Modric) pushed me. If he had not pushed me, I would have retreated the necessary amount of space.”

Substitute attacker Andrej Kramaric nearly pulled one back in the 90th minute when he headed a cross towards goal, but Peru goalkeeper Carlos Caceda got low to come up with the big stop. Caceda also stopped a potent effort from Kramaric a couple minutes later, pawing away a shot with his right hand to ensure Peru would win via shutout.

“I still think we are capable of growing and getting better, and we still have to correct a little of things,” said Gareca. “The message is still the same as always: If the Peruvian player can continue to bring its talent and conviction to the collective effort, we will continue to get better.

“We know the road is a difficult one, a complicated one, but we also know we are a competitive side and can compete with big national teams.”

The two sides will continue their preparations for the World Cup with another stateside friendly next Tuesday. Peru is set to lock horns with Iceland at Red Bull Arena in Harrison, New Jersey, and Croatia will face off with Mexico at AT&T Stadium in Arlington, Texas.