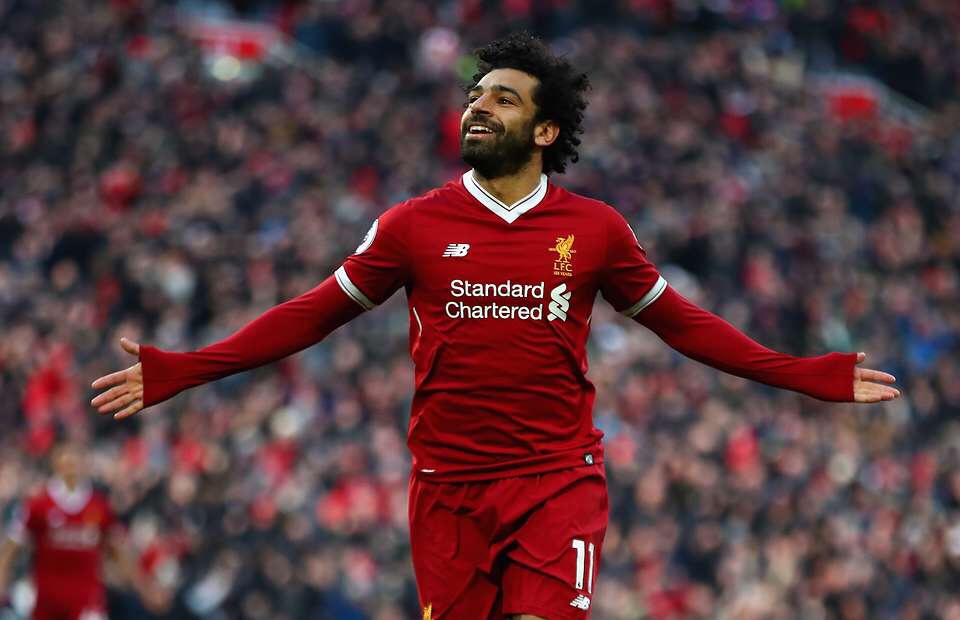 Mohamed Salah’s return to the Premier League has been nothing short of amazing, scoring 24 league goals in his 29 appearances. The Egyptian continued his stellar form scoring four goals and adding an assist to propel the Reds to a 5-0 trouncing of Watford at Anfield on Saturday. Salah’s opener came four minutes in as he finished Sadio Mane’s assist into the bottom-right corner. The Egyptian doubled the Reds lead before halftime from Andrew Robertson’s cross. Roberto Firmino’s 23rd goal in all competitions extended Liverpool’s lead to 3-0 in the second-half before Salah added to his tally. A pair of left-footed finishes by the winger brought his tally to 28 goals in the league and 36 in all competitions. Liverpool jump to third place while Watford are in 11th.

Elsewhere, Bundesliga action saw Wolfsburg welcome Schalke to Volkswagen Arena while Hoffenehim traveled to Borussia Monchengladbach. Juventus faced a trip to Spal in Serie A play. Valencia hosted Alaves in the La Liga showdown of the day, while AS Monaco hosted Lille in Ligue 1 play on Friday. The quarterfinals of the English F.A. Cup also took place on Saturday.

AFC Bournemouth handed West Bromwich Albion their 17th league defeat of the season, coming back for a 2-1 win at home. Jay Rodriguez’s right-footed finish after 49 minutes gave the Baggies a 1-0 lead at the Vitality Stadium. Jordon Ibe’s long-range strike leveled the score for Eddie Howe’s side in the 77th-minute, before Junior Stanislas won it for Bournemouth in the 89th-minute from a fabulous free kick. Alan Pardew’s men are 10 points from safety with seven matches remaining. Bournemouth are in 11th with 36 points on the season.

Tottenham Hotspur rolled their way to three points in Wales, downing fellow Premier Leaguers Swansea City by a 3-0 scoreline. Christian Eriksen led Spurs with a goal in each half, while Erik Lamela also found the back of the net. Eriksen’s opener came 11 minutes in from a long-range left-footed finish. Lamela doubled the visitors lead from a long-range strike of his own in first-half stoppage time. Eriksen capped the win for Spurs, finishing Lucas Moura’s assist into the bottom-left corner. Swansea was held to two shots on target in the defeat. Velcnai

Valencia extended their unbeaten run to seven matches with a 3-1 home success against Alaves on Saturday. Rodrigo Moreno and Simone Zaza each netted goals for Valencia, who led 2-0 at halftime. Ruben Soriano’s right-footed finish in the 49th-minute pulled Alaves to within one four minutes into the second-half. An own goal by Victor Laguardia sealed the points for the hosts after 54 minutes. Valencia outshot Alaves 10-to-4 and moved up to third place with the result. Alaves are in 16th, 10 points clear of the relegation zone.

Borussia Monchengladbach pegged Hoffenheim back three times in a thrilling 3-3 draw at home. Benjamin Hubner’s header after 13 minutes opened the scoring for Hoffenheim before Josip Drmic leveled the score from close-range. Andrej Kramaric netted his ninth league goal of the season, scoring from the penalty spot after 58 minutes. Lars Stindl’s right-footed effort in the 72nd-minute again pegged Gladbach back. Florian Grillitsch looked to have given Hoffenheim the win, but Matthias Ginter had other ideas scoring in stoppage time. Gladbach are in ninth place after the result, while Hoffenheim sit two places higher.

Schalke made it five straight wins in league play after a 1-0 success against Wolfsburg. An own goal by Robin Knoche after 86 minutes sealed the points for Schalke after the defender put into his own net. Paul Verhaegh saw his penalty kick in the 78th-minute saved by Ralf Fahrmann which was Volfsburg’s closest chance to scoring. Wolfsburg are sitting just outside of the relegation zone, and have only won once in 2018. Schalke remains in second place after the win.

Juventus dropped points for the first time this year drawing 0-0 at Spal. Gonzalo Higuain was kept out after 11 minutes, which was the only shot on goal in the opening 45 for Juve. Alex Meret kept out Douglas Costa and Alex Sandro in the second-half to preserve the clean sheet for Spal. Despite not having a shot on goal in the draw, Spal jumped out of the relegation zone into 17th place. Juve are five points clear of Napoli, who play Sunday.

AS Monaco made it three consecutive wins with a 2-1 home success against Lille on Friday. Rony Lopes’ 43rd-minute rebound goal leveled the score at the Stade Louis II after Lebo Mothiba opened things for Lille after 16 minutes. Stevan Jovetic slotted home Joao Moutinho’s assist in the 61st-minute, which proved to be the winner for Monaco. It was the Montenegro international’s eighth goal of the season. Lille are in 19th and a point from safety after losing their third match out of their last five.