‘Supernatural’ Wright-Phillips stands out as Red Bulls advance in CCL 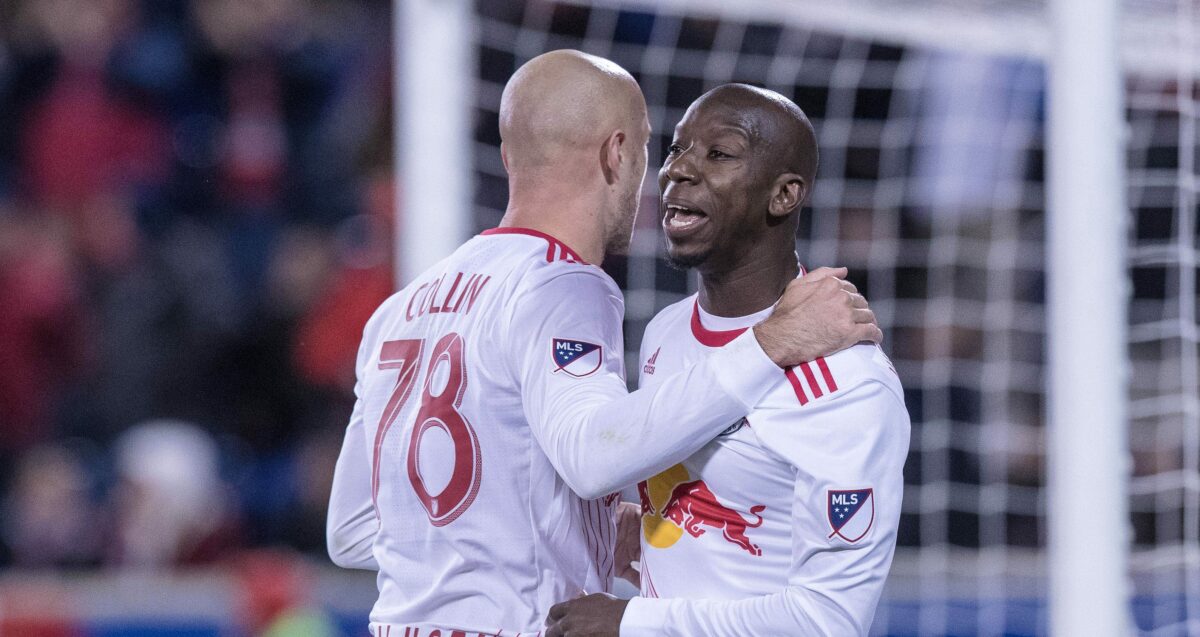 As the New York Red Bulls confirmed the club’s first ever semifinal appearance in the Concacaf Champions League with a 3-1 victory over Club Tijuana on Wednesday, the story was similar. The young players shined, and so did the team’s long-time goalscorer, Bradley Wright-Phillips.

He grabbed both goals in the Red Bulls’ 2-0 win Tijuana last week, showing off his widely-known talents in the process. However, he also managed to make a difference in the second leg, but in a different manner. The Englishman recorded an assist on each of his side’s three goals on what was “another day where he’s very dangerous,” per Red Bulls head coach Jesse Marsch.

“It’s just how the game was played,” Wright-Phillips said following the match. “I didn’t think I was great in the final third and today I was just a bit better at passing.”

His passing game has gotten better as time has passed in his more than four year stay at the Red Bulls. The player said he has not exactly been “working on it”, per se. Rather, it’s a bit more instinctual.

“I think it’s more thinking about it,” the forward said, “recognizing when someone’s in a better position than you, and then eventually trying to find them.”

Though he has only been Wright-Phillips’ teammate for a matter of weeks, Marc Rzatkowski has noticed the forward’s passing game.

“I saw that Brad has the ball, and normally as a striker, I thought he will shoot, but he saw me,” Rzatkowski said. “I don’t know how he saw me, but I felt really lucky that he saw me and passed the ball perfectly to me.”

His impactful play in both legs against Club Tijuana is just a continuation of his performance in the Red Bulls’ impressive start to 2018. Wright-Phillips has four goals and five assists to open the season across all competitions, a notably prolific period in his career.

“This offseason, I had a lot of time to work on my body and get fit and get in the gym,” Wright-Phillips added. “It’s something I don’t usually do, and sometimes I don’t really have time to. … My family wasn’t too happy, but I made it my priority.”

Wright-Phillips also notes that, on a team where youth has become the norm, he is a veteran that is still an important part of the Red Bulls system.

“I’m trying,” he said. “These young guys are playing well every week and they’re coming for my spot. I got to do something.”

He is clearly doing enough to keep the spot in the starting lineup that he earned years ago, so much to the point where he is still impressing his teammates.

“As we say, Wright-Phillips is supernatural,” Michael Amir Murillo said. “It’s a privilege for us to have him.”