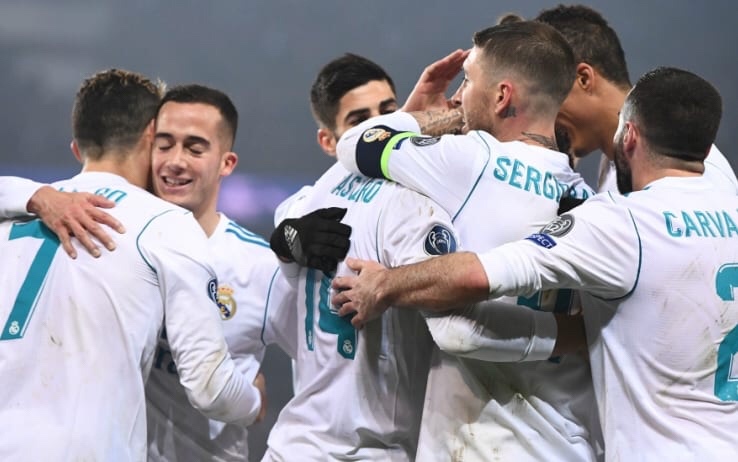 Defending UEFA Champions League holders Real Madrid knew they could play more conservatively in their Round of 16 second leg match at Paris Saint-Germain on Tuesday after a dominant first leg performance.

Zinedine Zidane’s men booked their place into the quarterfinals after a 2-1 second leg win and a 5-2 aggregate score line against the Ligue 1 leaders. Cristiano Ronaldo netted his third goal over the two legs, and in his record-equalling ninth consecutive UCL fixture.

The Portuguese international headed home Lucas Vazquez’s cross after 51 minutes to break the deadlock at the Parc Des Princes.

Italian international Marco Verratti was sent off for the hosts in the 66th-minute after receiving a second yellow card for diving. Edinson Cavani pulled a goal back for PSG five minutes later but that was the only bright spot for Unai Emery’s side on the evening.

Casemiro finished Ronaldo’s assist in the 80th-minute to give PSG an insurance goal late. At the final whistle, Real had handed PSG their first home loss since 2016 booking their spot in the next round.

The Ligue 1 Giants have now been eliminated at the Round of 16 stage for the second consecutive year.

Liverpool advanced to the UCL quarterfinals for the first time since 2009, defeating Porto 5-0 over two legs. Despite a 0-0 draw at Anfield on Tuesday, Jurgen Klopp’s men had the bulk of the chances at Anfield.

Sadio Mane came close to burying his fourth goal against the Portuguese side, striking the post after 31 minutes. Majeed Waris had the only shot on goal for Porto in the second-half, while Liverpool rested starters late.

Danny Ings had a pair of shots saved by Iker Casillas while Alberto Moreno was also kept out.

Liverpool are now unbeaten in eight straight matches and will fancy themselves in the next round.