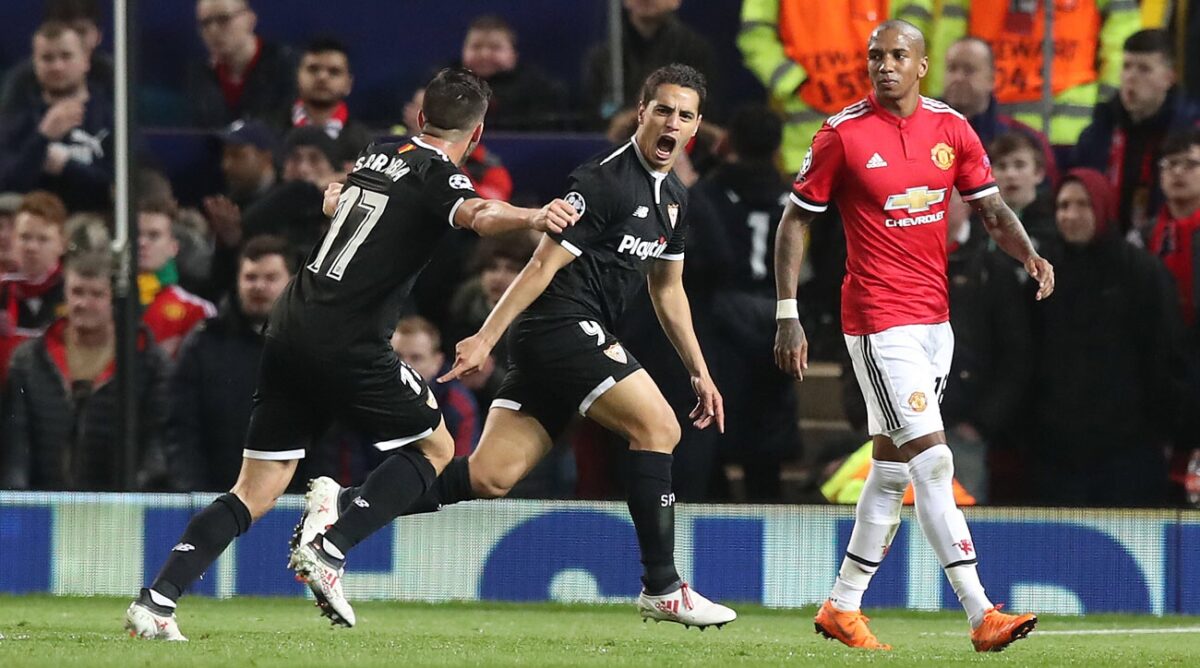 After not being able to find the back of the net in the first leg in Spain, Sevilla made sure to make their offensive chances count on Tuesday.

The La Liga side used a pair of goals from substitute Wissam Ben Yedder to down Manchester United 2-1 in their second leg matchup at Old Trafford. Ben Yedder who came on after 72 minutes, opened scoring two minutes later from a right-footed finish.

The French striker doubled his tally in the 78th-minute heading home Joaquin Correa’s cross into the bottom-right corner. David de Gea got a hand on the effort but could not keep it from nestling in the back of the net.

Ben Yedder now has 17 goals this season in all competitions, including eight in the Champions League.

Romelu Lukaku’s left-footed volley after 84 minutes gave United a chance for a comeback, but their efforts fell short. De Gea made four saves in the defeat, while Sergio Rico made a pair of saves in the win.

DZEKO GOAL LIFTS AS ROMA PAST SHAKHTAR ON AWAY GOALS

Following their first leg defeat in Ukraine, AS Roma used a 1-0 second leg win at the Olimpico on Tuesday to advance into the quarterfinals.

Edin Dzeko scored the lone goal of the match, poking home a right-footed effort into the bottom-right corner in the 52nd-minute. It was the Bosnian’s 16th goal of the season in all competitions.

Shakhtar’s Ivan Ordets was sent off after 79 minutes after a foul on Dzeko. Even at 10-men, Shakhtar failed to record a shot on goal eventually falling out of the competition.

The UEFA Champions League Round of 16 second legs conclude on Wednesday as Barcelona face Chelsea at home, while Bayern Munich travel to Besiktas.