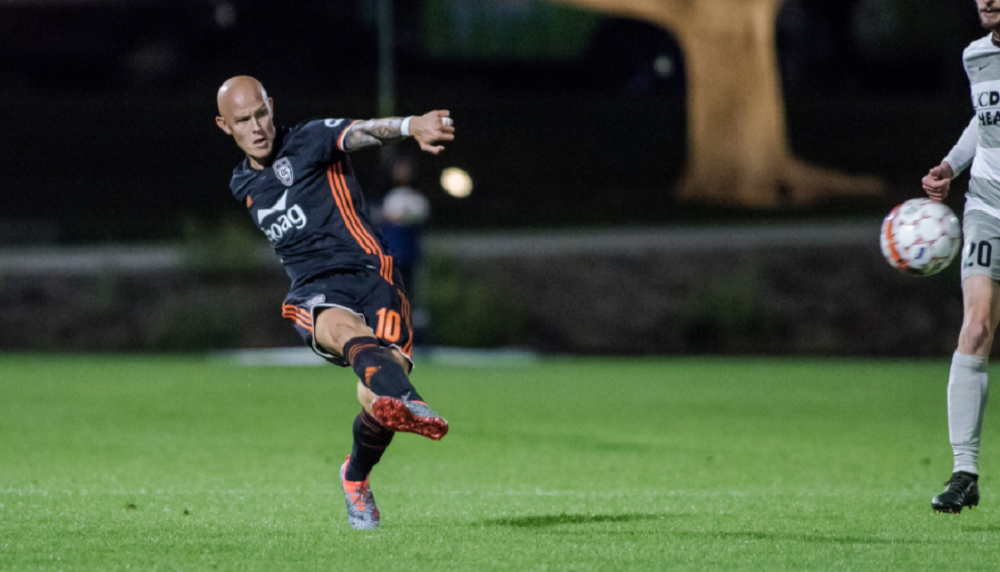 Week 3 of the 2018 USL season kicks off with two midweek games for a four western conference teams sitting in the bottom half of the standings.

Both OKC Energy FC and Seattle Sounders FC 2 have three points after wins in week 1, but their follow-up performances were a disappointment for fans.

Sounders FC 2 got a lesson in attacking soccer from the Swope Park Rangers, losing by a score of 4-2. The Sounders FC 2’s next two games are against two of the best teams in the western conference, Sacramento Republic FC and Real Monarchs SLC, so dropping points at home to upstart Fresno FC will not serve them well.

OKC Energy also gave up four goals in their loss to Phoenix Rising FC. The less they think about that game the better as they return home to boost their position ahead of a congested schedule against teams struggling in the west.

Let’s take a look at all the midweek action:

OKC Energy are ready to forget their dreadful performance on the weekend, and slow starters OCSC could be just what the doctor ordered. Figuring out how to settle down a defense that was ripped to shreds on the weekend will be priority number one.

Orange County should not be too discouraged from only picking up a single point over their first two games. Drawing Phoenix and losing by a single goal to Sacramento Republic are respectable results. However, if they want to make the playoffs this year, they will need to prove they belong on the top half of the table. Snatching road points against teams in the bottom half of the table could go a long way.

The Foxes are struggling in their first season in USL through two weeks. Losing to fellow newcomers Las Vegas Lights FC did not cover them in glory, and failing to dispatch a shorthanded LA Galaxy II side only helped to further the narrative that they are in for a long season.

Sounders FC 2 will struggle all season long if they don’t shore up their defense. Through two matches, they have surrendered five goals, though they still only boast a -1 goal differential. Teams that typically have to rely on outscoring opponents in high scoring games struggle, especially come playoff time. The good news? There is plenty of time to sort that out.