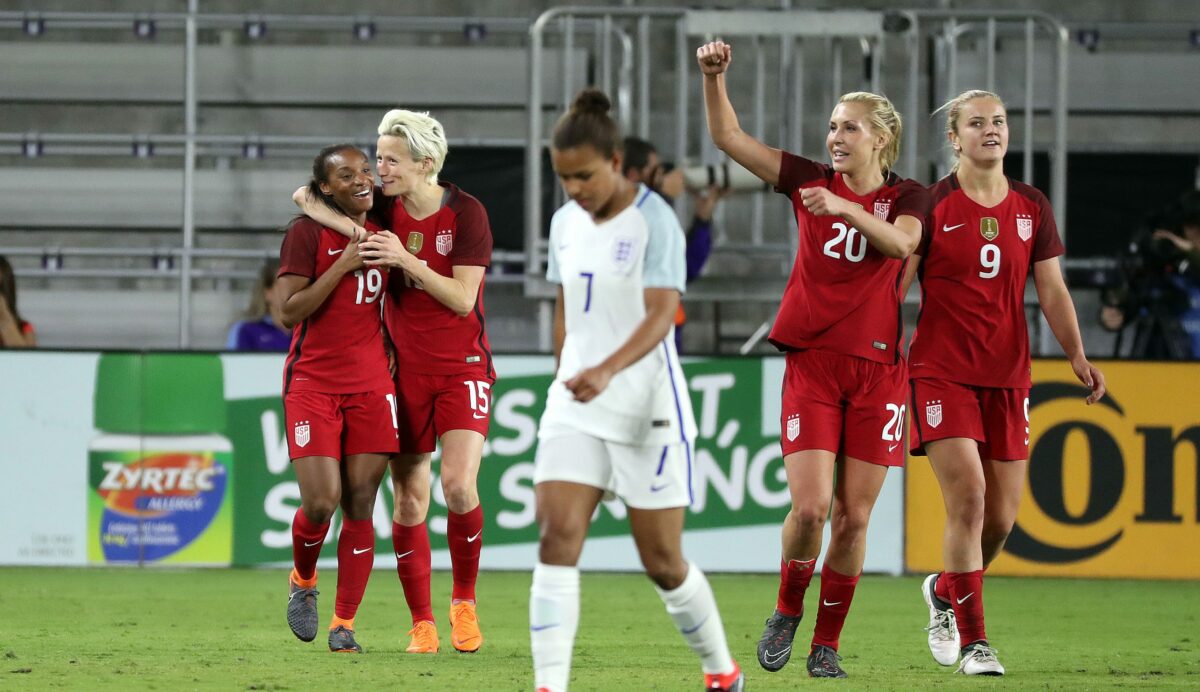 The U.S. Women’s National Team closed out the SheBelieves Cup on Wednesday with a 1-0 victory over England at Orlando City Stadium, making them the 2018 champions.

The game’s only goal came in the 58th minute, courtesy of yet another England own goal. A Megan Rapinoe cross found English defender Millie Bright, and with a deflection, the ball was in the back of the net. The goal was Bright’s second own goal of the tournament, and England’s third.

The match was, at times, as close as the scoreline indicated. Towards the end of the first half, the visitors managed to attack the U.S. goal. The American defensive unit looked a bit easy to pass at times, but eventually cleared out any attempts by England to score.

At other times, though, the U.S. was firmly in charge. The majority of the first half saw the Americans in control, and firing shot after shot at the England goal. They managed to go into halftime unlucky not to have scored, but eventually found their breakthrough early in the second half. Much like the first half, England had some chances, but the eventual winners controlled the match.

The U.S. managed to win the match, despite some growing pains with a rotated lineup. Crystal Dunn and Allie Long made their first starts for the national team since June, while Carli Lloyd returned to the lineup after making a substitute appearance against France. The U.S. remained without Julie Ertz, who picked up a knock against Germany, while Casey Short and Kelley O’Hara were also unavailable after picking up their own injuries against France.