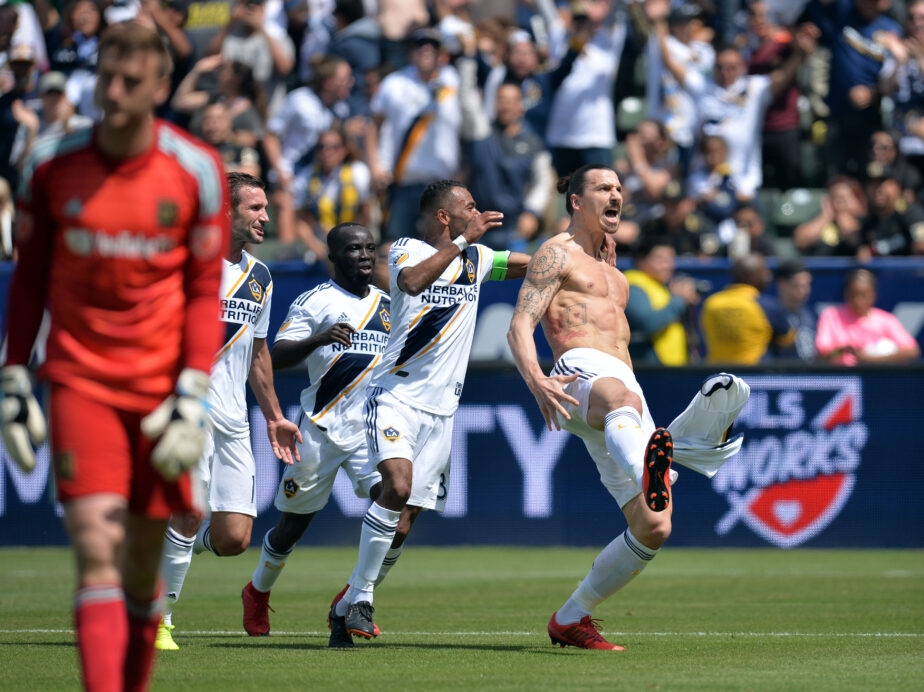 Zlatan Ibrahimovic’s introduction to Major League Soccer was as spectacular as could be imagined.

The LA Galaxy erased a three-goal deficit against crosstown rival LAFC, with Ibrahimovic’s 40-yard stunner and last-gasp header serving as the equalizing and game-winning goals in a 4-3 win.

Carlos Vela scored two goals for LAFC, who were undone by the introduction of Ibrahimovic in the second half.

In true Zlatan fashion, the Swedish star’s first MLS goal was a Goal of the Year candidate. With his side down, 3-2, Ibrahimovic smashed a first-time 40-yard volley into the back of the net.

With the match in stoppage time, Ibrahimovic added his second, firing a header on a cross from Ashley Cole to seal the win.

It took just five minutes for Vela to make his mark, and he did so in spectacular fashion. Following an LA Galaxy turnover, Vela received a pass from Steven Beitashour, took a touch inside and curled a shot towards the far post. The Mexican star’s effort left David Bingham helpless, providing a stunning start and an early LAFC lead.

Vela doubled that lead 21 minutes later, showing patience to evade Bingham and the Galaxy defense. Vela dribbled and waited for his chance before looping a shot off the crossbar and over the line to make it 2-0.

The third came just moments after halftime via a Daniel Steres own goal created by Marco Urena. Sebastian Lletget pulled one back to make it 3-1 in the 61st minute, prompting Ibrahimovic’s debut 10 minutes later.

Moments after Ibrahimovic’s introduction, the Galaxy continued to claw back through a Chris Pontius header. A cross from Ema Boateng found the head of the veteran winger, as the Galaxy pulled another goal back to make it 3-2.

Ibrahimovic’s equalizer came soon after, but the chances didn’t stop there. Urena smashed a shot off the post with just five minutes remaining in the best opportunity to break the 3-3 deadlock. It would be a missed opportunity as LAFC saw the match slip away on Ibrahimovic’s late header.

As if it could have happened any other way. Ibrahimovic scored a stunning 40-yard goal, leveling the match and providing a moment to remember.