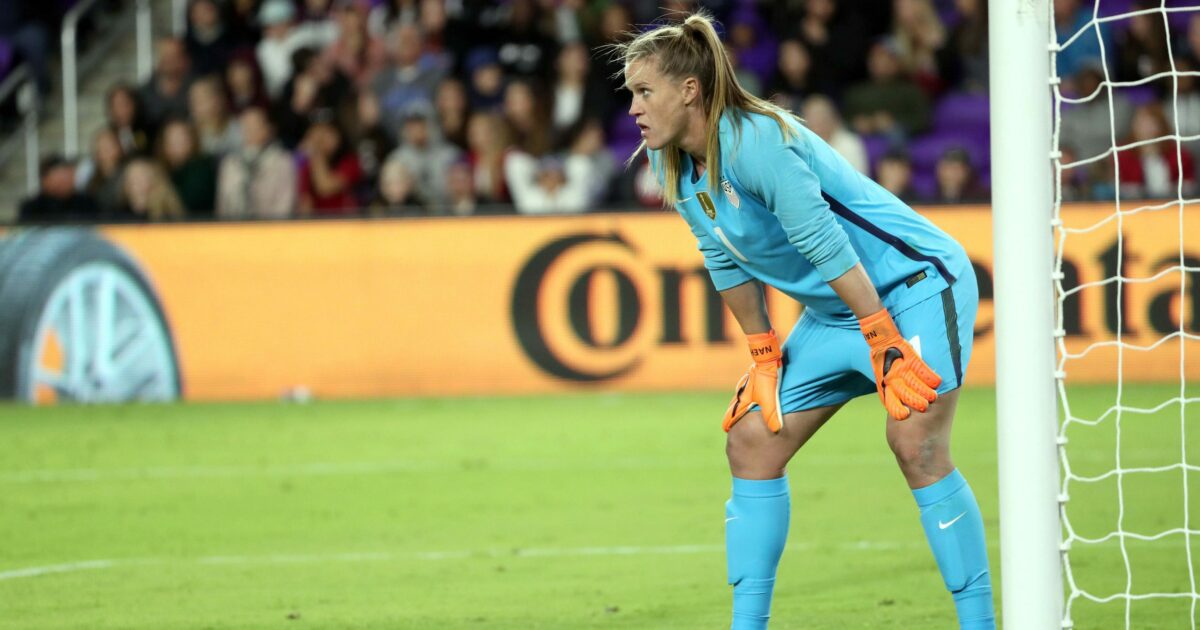 If there is one thing Alyssa Naeher prides herself on, it is consistency. After all, she has been one of the team’s few constants since the 2016 Summer Olympics when she began her run as the team’s first choice in goal. Players have come and gone and the lineup has changed quite a lot in that time, be it for reasons related to injury or tactics. However, the first name on the teamsheet has almost always been Naeher’s.

That reliability has translated into her keeping the starting role she got almost a year and a half ago, remaining undroppable. Despite her providing more respectable performances on the international stage, Naeher is incredibly humble about her career progression.

Her recent performances at the SheBelieves Cup were some of the best of her young national team career, as she began to look comfortable coming off her line, adding to the natural skill set of being a shot stopper. She recorded two clean sheets in the three-match tournament, bringing her total 11 after receiving 28 caps.

The ease she feels in the position is all about stability for her. “Consistency plays a big part of that,” she said. “The more games you get, you’re just going to kind of continue to build into the team.”

Naeher’s calm and cool presence in goal has been her trademark throughout her professional career, and extends to other parts of her personality. She was hardly fazed when Jill Ellis gave her the task of not just being the last line of defense for the number one team in the world, but following up Hope Solo.

“To be honest, I don’t think I really thought of it,” Naeher said. “You just try to take advantage of every opportunity you get. You don’t know when opportunities are necessarily going to come, how often they’re going to come. … I [made] sure that I was ready for the opportunity when it presented itself to me and I didn’t let it slip by.”

Naeher also credits her steady performances to the U.S. goalkeeping pool, which includes Ashlyn Harris, Jane Campbell, and Adrianna Franch. “I think that we all push each other. We all make each other better and we all learn from each other,” she said.

“We’re in it together. At halftime of the France game, talking to Ashlyn. She’ll tell me what she sees on the field, things that stick through my mind going into the second half and help lead to me decisions that I made, stuff like that.”

Ultimately, though, what sticks out is Naeher’s readiness. It is why the off days are few and far between in her time as the USWNT’s goalkeeper. She has been the mainstay, even with all of the lineup changes in front of her.

It is, ultimately, the key to success for her. “I think it’s just being constantly ready,” she said, “expecting everything.”