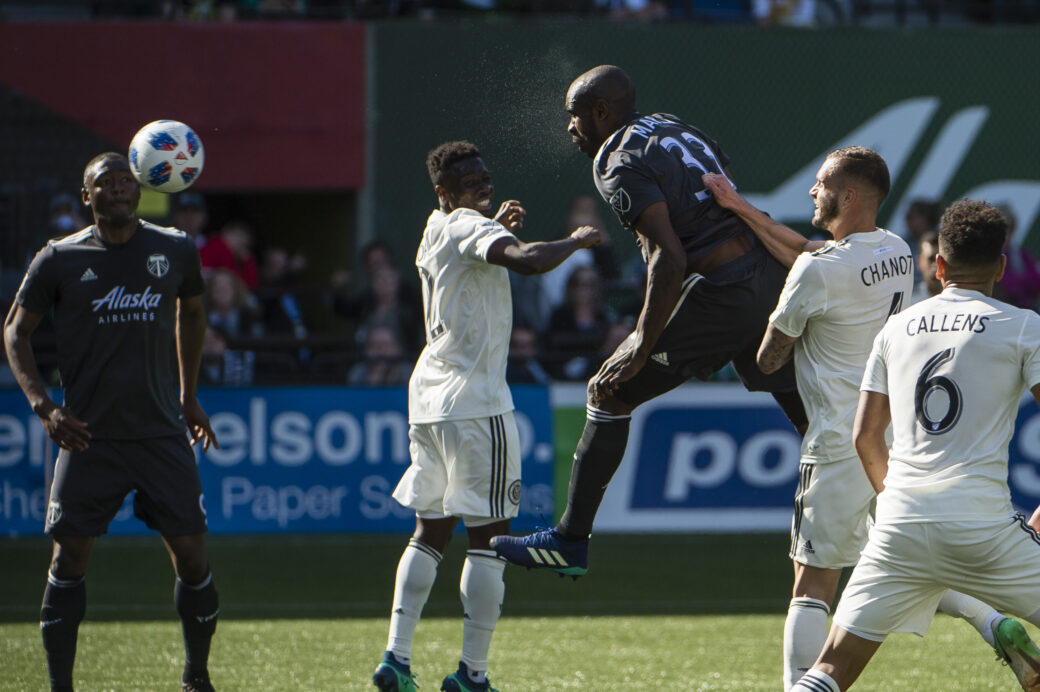 Statistics don’t always tell the full story, and a cursory glance at the raw numbers from the Portland Timbers’ performance against New York City FC would suggest they got crushed.

Portland held only 24.6% of possession, the lowest total for a home team in MLS since Opta began tracking stats for the league back in 2010. When they did have the ball, it wasn’t always pretty. NYCFC created eight dispossessions and the Timbers only completed 72% of their passes, a few percentage points below their season average. Meanwhile their opponents were fairly responsible with an outstanding 91% success rate on passing.

Yet the Timbers won this match by a 3-0 score and New York City FC never looked like getting on the board.

Head coach Giovanni Savarese credits hard work and the experience of his team for the victory.

“I was very happy with the discipline, the maturity, of our team,” he said in the post match press conference, “in how they approached the match and especially how they worked through the entire match to get a complete result. Very proud of the guys today.”

But there was also a plan in place. The Timbers boss knew what to expect from NYCFC. They were going to hold onto the ball and be patient as they searched for their chance. Meanwhile, the Timbers would have to make the most of their limited time on the attack, which is exactly what they did.

“We felt that we needed to change something for this match especially because of the way they play,” Savarese said. “But also we understood that when we had the ball we had to create the things we did well in the past few games. And the guys were able to execute in a very good way.

“Overall the guys were very disciplined and I was very content and proud of the work they put in.”

The entire match was a tale of Portland’s attacking efficiency and defensive discipline. Of the 95 total minutes played in this match, the Timbers held the ball for a little more than 24 of them. In that time span, they managed to accumulate 11 shots and find three goals in all the ways you’d expect a counter attacking team to score.

The first came in the 26th minute off a throw in that concluded with Sebastian Blanco’s somewhat lucky rainbow header into the top corner of the net. The second was a pristine counter attack that resulted in a Fanendo Adi tap in. The third came from one of nine corners the Timbers took on the afternoon.

It was the sort of ruthless attacking efficiency a team needs when faced with an opponent who holds the ball as well as NYCFC does.

Speaking of NYCFC holding the ball, Portland’s defense made sure they didn’t do much with it. They only took 12 shots all match long with only three finding the target. None of them were all that threatening in the grand scheme of things either. The closest they came to a goal was late in the first half when Jeff Attinella got a fingertip on a David Villa shot and late in the second when Villa had a decent shout for a penalty that wasn’t given.

Portland’s defense picked off 16 NYCFC passes, most of which took place in NYCFC’s attacking third of the pitch. They rarely allowed any touches inside the penalty area by creating 19 total clearances.

It was the performance that was a result of growth and evolution of the team over the course of the first seven matches off the season.

“Nothing,” Savaresse said when asked what has changed from the first five matches that saw the Timbers go winless on the road. “We’ve been progressing game after game. I’ve seen from the game at Dallas to Orlando we have been growing every match. The past match against Minnesota and now I think today, finally a complete match in which the team was very disciplined.”