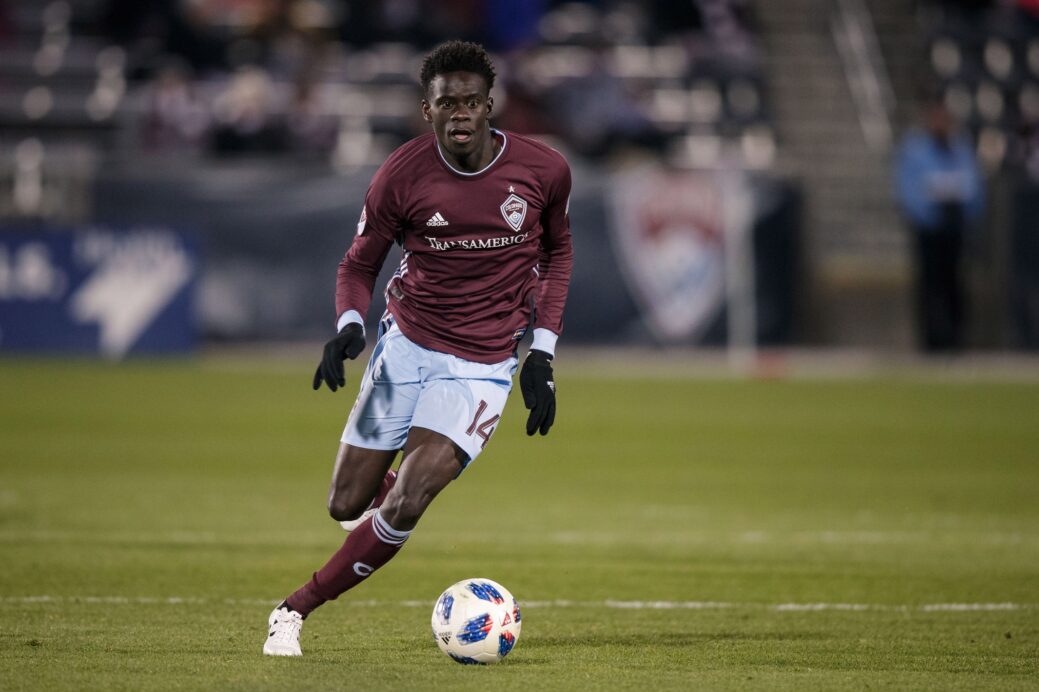 Coming into Saturday’s showdown at Dick’s Sporting Goods Park, both the Colorado Rapids and Philadelphia Union knew the stakes at hand. Colorado was seeking their first win of the season, while Philadelphia was looking to keep their unbeaten run alive.

The Rapids made the most of their offensive chances as Dominique Badji bagged a hat-trick to hand Philadelphia a 3-0 defeat.

There was little action in the opening 45 minutes, with Andre Blake the busier of the two keepers making two saves. The Jamaican international comfortably saved Edgar Castillo’s effort after 15 minutes from the edge of the box.

The breakthrough came in the 54th-minute as Badji pounced on a loose ball after Smyth flicked on a header from a corner-kick. It was the Senegalese striker’s second goal of the season, and in his last two appearances.

C.J. Sapong’s header after 57 minutes did not trouble Tim Howard who was rarely troubled in the match.

Badji pounced again on a loose ball, this time after 61 minutes to double the hosts advantage. Johan Blomberg’s right-footed effort was blocked by Union defender Jack Elliott, but the deflection fell perfectly to Badji who tapped in his second of the night.

Philadelphia created chances after going down but could not trouble Howard on any occasion. Keegan Rosenberry sliced wide on his left-footed effort, while substitute Oliver Burke skied his chance into the stands.

Badji got on the end of Blomberg’s angled pass and danced his way into the box before sliding a left-footed effort under Blake. The former fourth-round SuperDraft selection now has four goals on the season, and 13 over the past two seasons.

Howard made two saves on the night, earning his first clean sheet of the season. Blake made three, while Philadelphia allowed their first goals of the young season.

The Union (1-1-1) will look to bounce back next weekend at home as they face the San Jose Earthquakes in on April 7th.

Colorado (1-1-1) are also in action on the 7th as they travel to FC Dallas, looking to build off of their first win of the year.

Dominique Badji led Colorado to their first win of the season with his first MLS hat trick. The striker was a pest in front of goal and his hard work paid off with a pair of rebounded goals, before saving his best for last.

The Philadelphia Union looked into the match before Badji scored Colorado’s opener. A corner kick by the hosts saw Tommy Smyth flick on towards Badji who made no mistake beating one of MLS’ best goalies.

Haris Medunjanin who is normally an active figure for Philadelphia was extremely quiet in Saturday’s defeat. His best chance came on a late free kick which forced Howard into his best save of the night. After two goals and eight assists last year, the Bosnian midfielder has not got on the scoresheet yet this season.