Bedoya, Union battle back for draw against Quakes 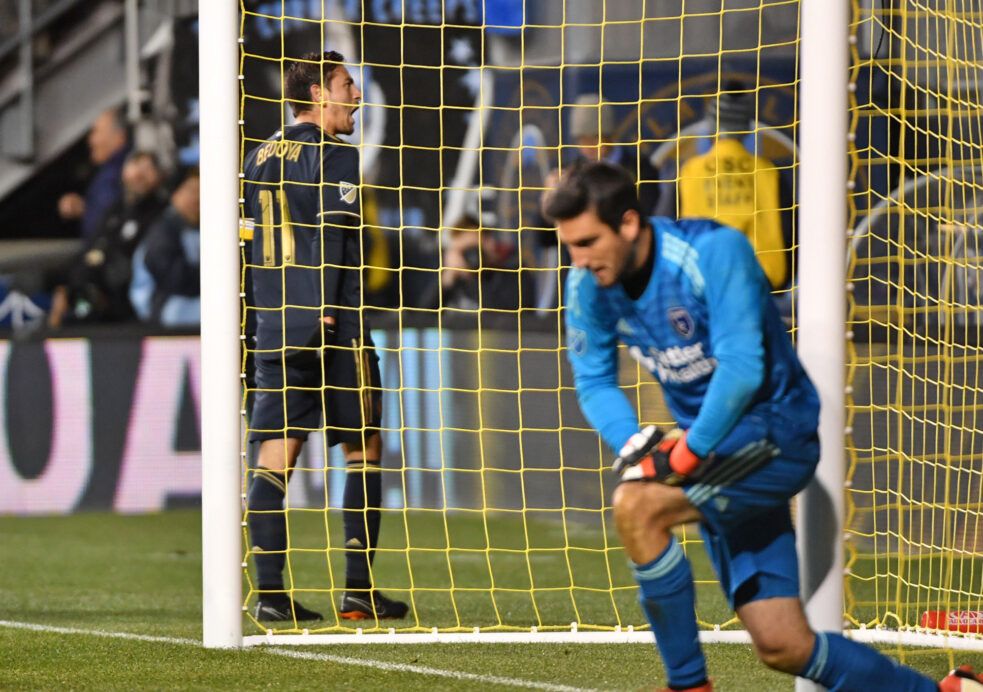 CHESTER, Pa. — For a team finding it hard to score goals, the best answer is to keep creating chances and opportunities. It may be frustrating but eventually your determination can lead to positive results. The Philadelphia Union did not claim all three points on Saturday but they did fight their way back for a much-needed point.

The Union came even closer to breaking the deadlock as Fafa Picault headed Matt Real’s cross just wide of the goal.

San Jose’s first real crack at goal came after 30 minutes as Valeri Qazqishvili’s left-footed effort was saved by Andre Blake. The Georgian international danced past Jack Elliott but could not beat Blake, who palmed the shot out for a corner.

Eriksson punched San Jose ahead in the 37th minute, beating Blake to the top right corner. Danny Hoesen laid off to Eriksson on the top of the box and the Swedish winger did the rest. After a pair of assists in his last two appearances, Eriksson now has his first goal of the season.

Picault looked determined to draw the Union level before halftime, but Tarbell showed excellent instincts and quick reflexes on separate occasions. The Earthquakes goalkeeper punched Picault’s header out in the 44th minute before standing tall and chesting a right-footed shot out.

C.J. Sapong’s flicked effort towards goal came close to deflecting in after 52 minutes, but Nick Lima cleared off the line for San Jose.

Bedoya answered for Philadelphia in the 64th minute as he headed Picault’s cross into the bottom-right corner. It was Bedoya’s first goal since Oct. 15th at Chicago, and Picault’s first assist of the season.

Philadelphia looked the more likely to leave with a victory, but lacked the final touch in front of goal. Tarbell was huge for San Jose, making seven saves for Mikael Stahre’s team. Blake was rarely troubled in front of goal outside of the first half. The Jamaican international made four saves, and has only conceded four goals in four matches in 2018.

San Jose (1-2-1) are ninth in the West, and now return to Avaya Stadium next weekend for an April 14th clash with the Houston Dynamo.

The Union (1-1-2) sit in seventh in the East, and close out a two-match homestand on April 13th against Orlando City.

Fafa Picault earned man of the match honors for Philadelphia in his first appearance of the season. The 27-year-old was a lively presence out wide for Philadelphia despite being kept out several times. His assist was perfectly placed for Bedoya to head in for Philly’s equalizer.

Picault’s cutback move on Earthquakes fullback Nick Lima freed him up for a perfect right-footed cross to set up Bedoya’s equalizer.

San Jose striker Danny Hoesen, like his partner Chris Wondolowski, did not have a good attacking performance on Saturday. Hoesen seemed content with laying balls off for his teammates, rather than taking chances himself. The striking duo will need to improve for San Jose to become better offensively.