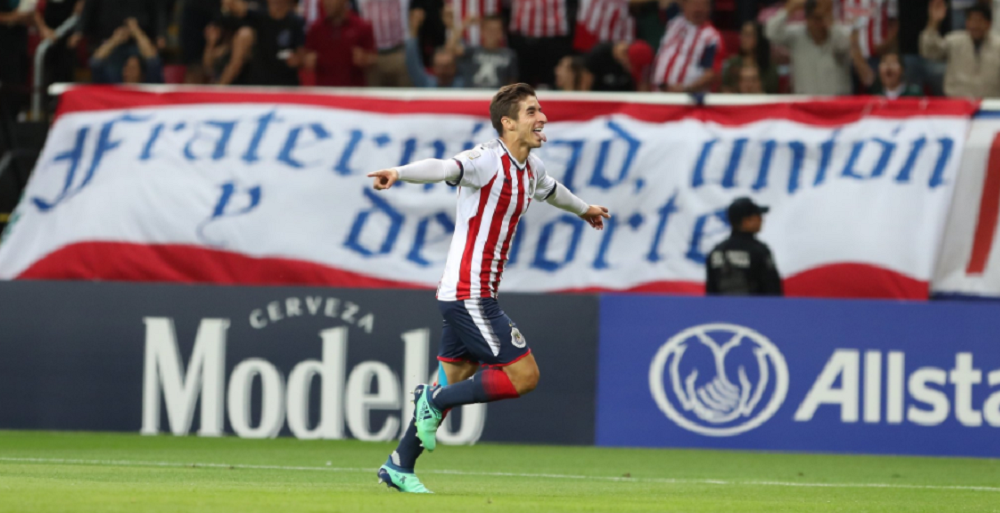 The New York Red Bulls may have finished the match with 10 men, and watched Bradley Wright-Phillips miss a golden chance for an equalizer, but they will feel good about leaving Mexico down by just a goal heading into next week’s decisive CONCACAF Champions League semifinal second leg.

Chivas punished the Red Bulls for their biggest mistake of the night, scoring a first-half goal that held up in a 1-0 victory at Estadio Akron in Guadalajara.

Tyler Adams was punished for an uncharacteristic mistake in the 26th minute when he had a poor pass intercepted, leading to a Chivas counterattack that finished with Isaac Brizuela beating Luis Robles for the lone goal of the night.

Though Chivas had more of the ball — holding a 63-37 edge in possession — and the better attacking sequences, the Mexican side failed to really test Luis Robles after Brizuela’s goal, managing just three total shots on goal on the night.

The Red Bulls managed just one shot on goal on the night, but it was a chance that should have yielded a goal, but Bradley Wright-Phillips was denied by Chivas goalkeeper Rodolfo Cota after breaking in behind the Chivas defense for a clear look at goal in the 79th minute minute.

Alex Muyl had a tough outing for the visitors. First, he received a yellow card in the 21st minute for a hard challenge, ensuring he would miss the second leg. Then, in the second half, Muyl clashed heads with challenging for a ball in the box. He left the match immediately.

The teams will face off on April 11 at Red Bull Arena in the semifinal second leg.

Isaac Brizuela scored the goal, but Carlos Cisneros was all over the Red Bulls, breaking up attacks and disrupting play. Chivas had few real chances going forward, and needed a big performance from their backline.

The Chivas goal decided the match, but the red card to Aurelien Collin truly took the Red Bulls out of the game. Being a defender down in the home leg next week certainly won’t help.

Tyler Adams had a shocker for a player that has rarely put a foot wrong in 2018. He was a step off all night and played a big part in Chivas’s only goal of the match.