Chivas focused on CCL Final despite discontent at the club 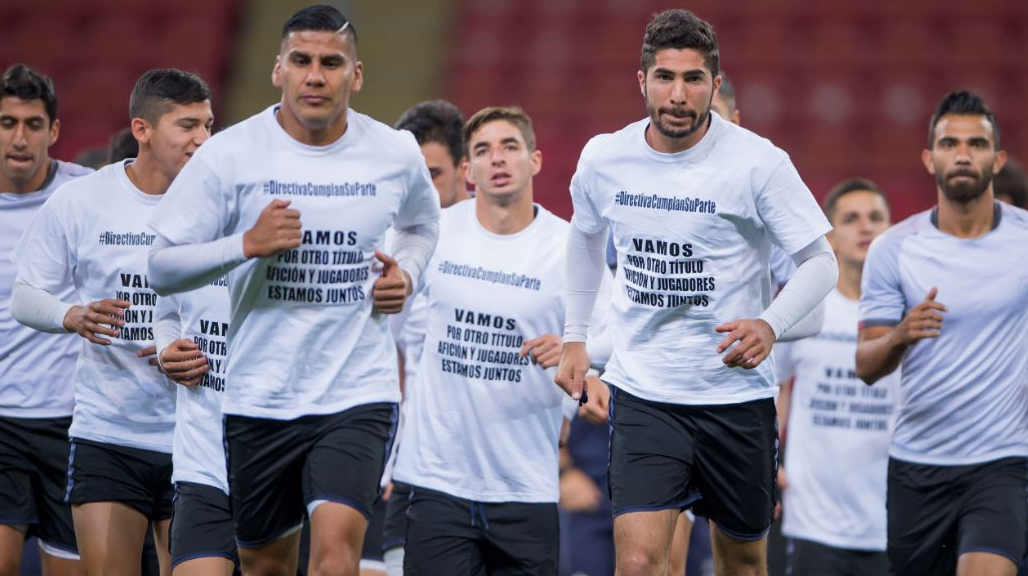 Things aren’t all sunshine and rainbows at Chivas de Guadalajara.

The club are 90 minutes from winning the CONCACAF Champions League, but many players at the club are unhappy with how things are unfolding in the backroom and the lack of bonus payments promised to them.

Several players took part in training on Tuesday with inside out shirts while others donned white protest shirts saying “Directors fulfill your part, Players and fans united. Let’s go for another title!”

Club captain Jair Pereira maintains the club is focused on lifting a trophy after Wednesday’s second leg despite the discontent, however.

“We know how to separate the issues,” he said in a news conference. “Tomorrow we’re playing for a lot of things in the future.”

“The fans should know that the team has maintained its focus, we are more united than ever and 90 minutes are left.”

Those feelings were reinforced by head coach Matias Almeyda.

“It is very important and transcendental in the history of this club, because Chivas have never had the chance to go to a Club World Cup and haven’t won this trophy since 1962,” he said.

“This great dream began in the preseason after we’d been crowned champions one year ago and we knew that we’d qualified to play this tournament.”

“Today we are there on the brink [of victory] and 90 minutes of the most beautiful thing [in football, winning a trophy]. We are going to play with a huge desire to win and become champions.”