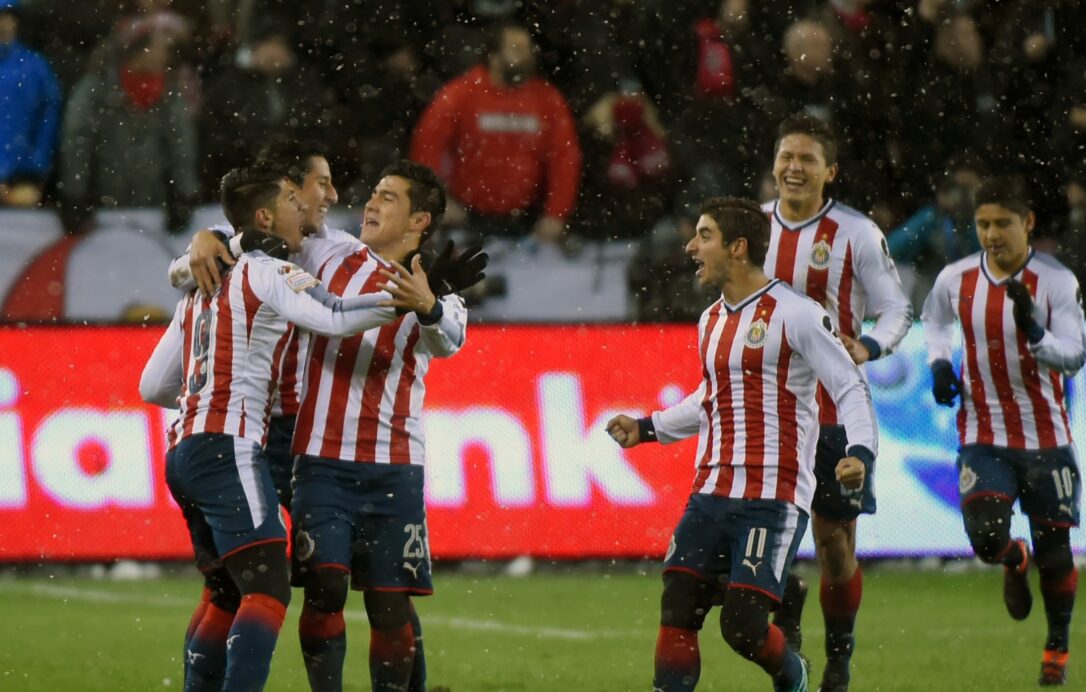 Chivas de Guadalajara entered Tuesday’s match as underdogs, thanks in large part to their defensive style and less-than-inspiring form in Liga MX play. They left Tuesday’s match winners, and are now certainly favorites to claim the CONCACAF Champions League crown.

The Mexican side went into BMO Field and stunned Toronto FC on Tuesday night, earning a 2-1 win on the road. It was a match that saw Chivas capitalize on a pair of Toronto FC mistakes while limiting their own in a difficult enthronement.

By and large, the match was back-and-forth but, with two away goals in their back pocket, Chivas is in a great position following the first 90 minutes.

“The game was difficult,” said Chivas boss Matias Almeyda. “The opponent has great players, mobility and a great strategy. My team played excellently, even though the state of the pitch was not good, and, despite that, we played our game at times. The game was very even and, fortunately, we could get an advantage.

“There are 90 minutes left and, in football, whenever there are two games, the results are open. The only truth is that we have now already met and, in the second match, we will have the mutual benefit of knowing more about the opponent. We have 90 minutes left of maximum concentration, and we have to deliver.”

Chivas certainly delivered on the day, surprising many with how they approached the match. Against the Red Bulls, Chivas were largely content to simply absorb pressure and bide their time. On Tuesday, Chivas jumped out quickly.

It only took two minutes for Chivas to get their goal through Rodolfo Pizarro, but the hot start wasn’t a fluke. Chivas came out aggressive, and were rewarded with a TFC mistake.

Eventually, Chivas did what they’re best at: physical, man-to-man marking. TFC, on the other hand, settled into the game as well, playing more attacking, dynamic soccer. Jonathan Osorio’s goal eventually came, but it was Alan Pulido’s swerving free kick in the second half that changed the match and the series.

“Sometimes it is necessary to make those kinds of big plays to save a goal,” Pulido said of his team’s effort. “I was also presented with the free kick that, in truth, was a great goal. These are the kinds of plays we practiced, tried and succeeded with.

“I am very happy to help my team to win, but most of all for the performance of all, for the team and brotherhood of the group, and for taking this important step that we wanted, but we still have more to achieve.”

Chivas now returns home to the Estadio Akron knowing TFC will need to score at least two goals to win. The club has yet to allow a multi-goal game in CCL play, giving the Liga MX side a massive advantage heading into the second leg.

Now, Chivas is 90 minutes away from the club’s fifth CCL title, but Almeyda understands that plenty can change through those 90 minutes.

“I try to live in the present,” Almeyda said. “I am happy for today’s result and obviously we will return to our homes happy. We quickly have to think about the Tapatío Classic on Friday and we can not stay with today because there is one more game left. If we continue this way and we get the title, obviously then I will be the happiest.”

“We are calm because there is still a meeting ahead,” Pulido added, “and the series is not finished.”