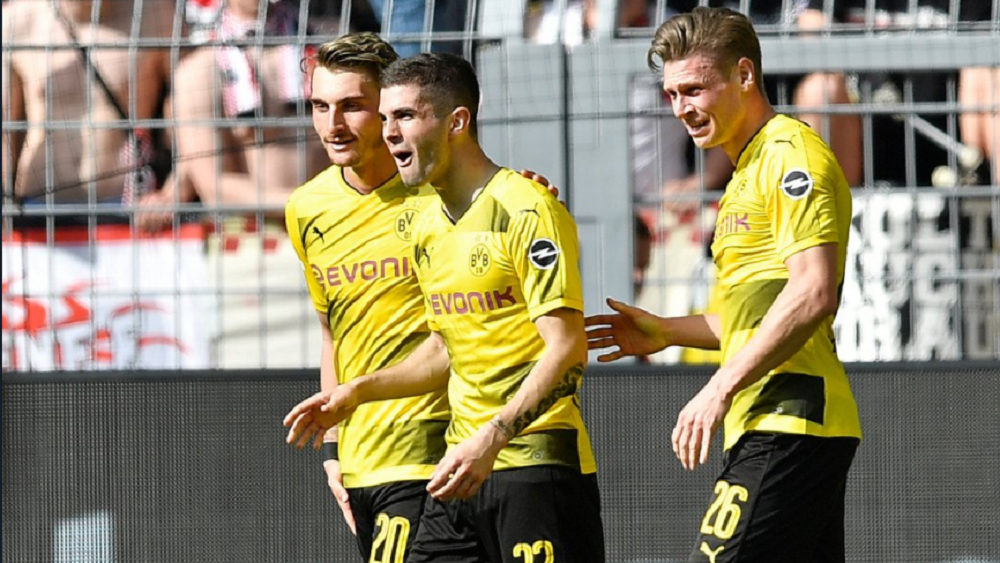 It’s hard to tell if he meant to score. but Christian Pulisic did put one in the net in rather impressive fashion.

In the 28th minute of Borussia Dortmund’s clash against VfB Stuttgart, Pulisic was barrelling down the right flank, as he is wont to do, and he appeared to be playing in a cross for Michy Batshuayi, but the ball found the upper corner of the net instead.

It was Pulisic’s fourth goal of the Bundesliga campaign and it gave Borussia Dortmund a 1-0 lead.

Goals from Batshuayi and Maximilian Philipp would allow Dortmund to win by a 3-0 score.