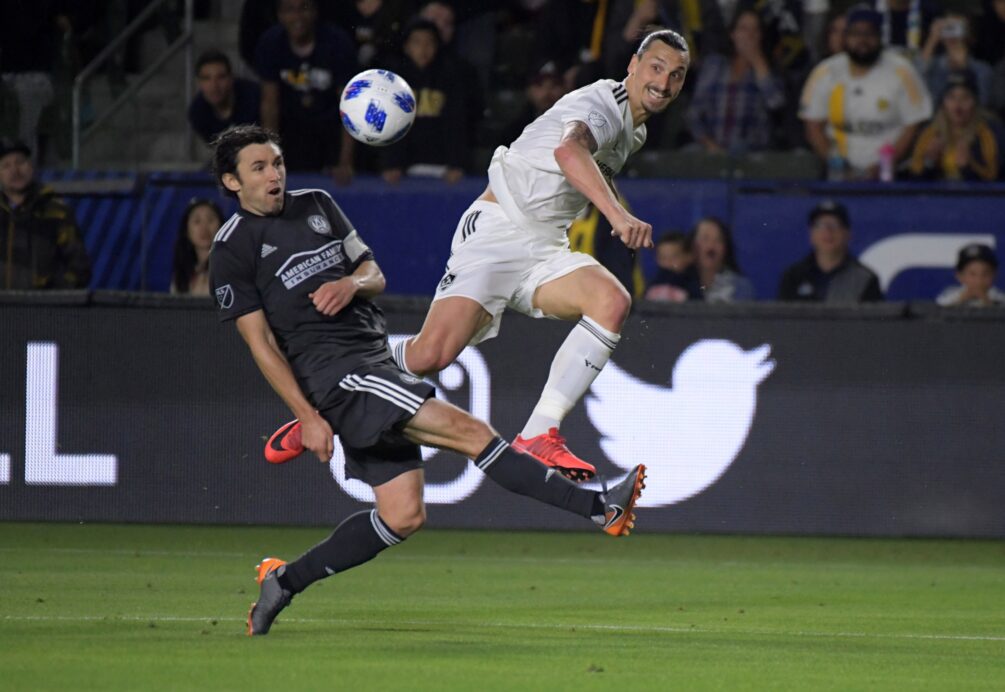 The first thing that comes to mind when you think of Atlanta United is its offense.

In fact, it takes you a while during a conversation about the Five Stripes to even bring up their defense because of the star power galavanting throughout the field.

While the attack has once again shown signs of being deadly on multiple occasions, the defense took the spotlight in Saturday’s 2-0 win over the LA Galaxy.

“We were very attentive, very precise,” Atlanta manager Gerardo Martino said. “We circulated the ball very well and created a lot of scoring chances, and aside from a few balls in the air, they didn’t have too many chances on goal.”

“I think all the major components from a soccer game, the handled well tonight,” Martino said.

With much fanfare surrounding the attacking matchup between Josef Martinez, Miguel Almiron and Zlatan Ibrahimovic, the Atlanta defense stepped up and conceded a single shot on goal.

“I thought defensively it was a near perfect performance from the entire team,” Atlanta center back Michael Parkhurst said. “Everybody dug in and did their job.”

“We blocked crosses, we defended in the box. Guys up top put pressure on the ball when we needed it, Parkhurst said. “It was just a very, very good performance.”

Atlanta’s goals didn’t come in the aesthetically pleasing fashion we’re used to seeing, as Martinez banged in a rebound from close range and Almiron scored from the spot in the fourth minute of second-half stoppage time.

With goals not flowing in like they normally do, the Five Stripes committed to defending and stopping the Galaxy from equalizing at StubHub Center.

“Offensively we created enough chances to score a few more goals,” Parkhurst said. “If we couldn’t bag that second one we had to stay strong defensively. We were able to do that and obviously we seal it late so a fantastic victory.”

Atlanta, who has the second best defensive record in the Eastern Conference, held Zlatan Ibrahimovic without a shot by keeping the Swedish superstar from connecting with crosses from either wing.

“We know they like to get a lot of crosses into the box,” Parkhurst said. “They like to target him on a lot of long balls and we just said let’s keep the line as high as possible.”

“We wanted our wing backs to make sure that we get pressure on their crosses so that they weren’t picking them out easily,” Parkhurst said. “I thought they did a fantastic job of that.”

With Saturday’s win and the March 31 victory in Minnesota in hand, Atlanta has halved its road victory total from a year ago.

The Five Stripes also tied New York City FC for most road wins in the East with two, a total NYCFC could move to three Sunday in Portland.

While so much importance is put on winning home games in MLS, taking points on the road and remaining at the top of the standings is vital.

With NYCFC surging at the moment and the impending climb from Toronto FC up the standings after the conclusion of the CONCACAF Champions League, Atlanta needs to earn as many points as possible on its travels.

Winning on the road is much easier for the Five Stripes this season because the road trips are more spread out compared to a year ago, plus all of the new additions from last season are used to the rigors of travel across North America.

Between now and the end of June, Atlanta has one stretch of consecutive road games that comes on June 9 and 13 against NYCFC and Columbus.

During that period, the Five Stripes should be able to create momentum for themselves and push forward to earn road results.

The May trips to Chicago, Orlando and New England might not be the most frightening excursions, but they’ll give Atlanta more opportunities to battle out close contests, like it has in Minnesota and Los Angeles.

Although it may be too early to look ahead at the postseason, Atlanta’s ability to win tight games on the road and set itself up for as many home games as possible in October, November and December will make a difference when the games matter most.