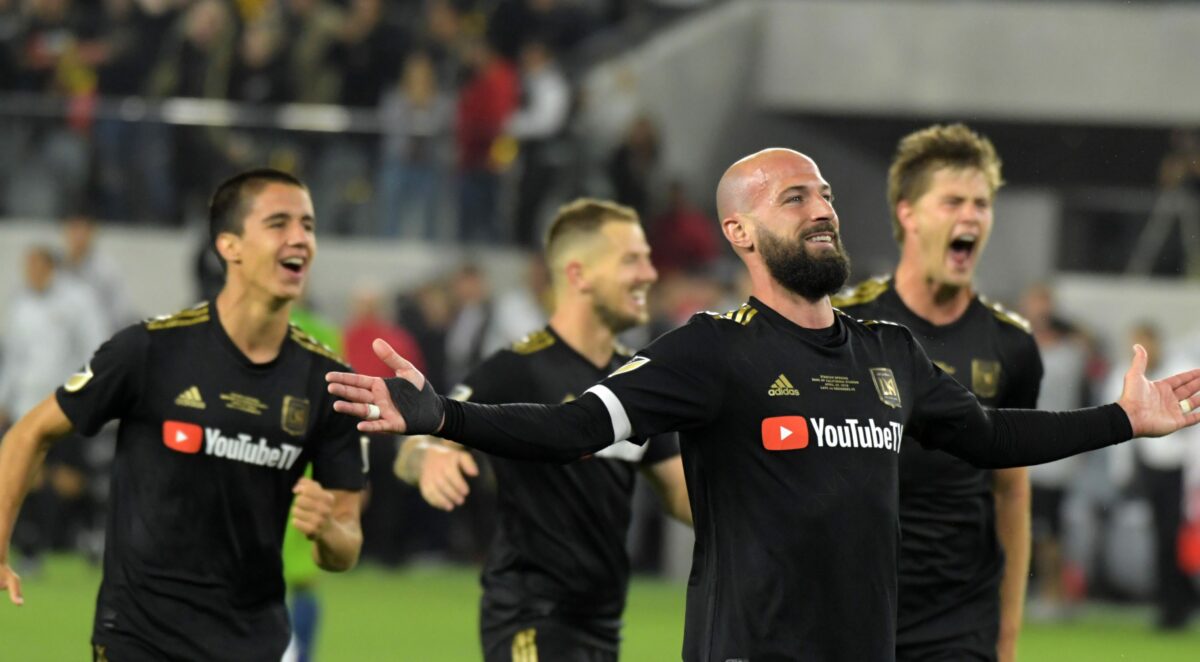 Throughout Sunday’s Banc of California Stadium opener, it felt like everyone was waiting for something to happen. It was LAFC’s first match at their new stadium and, with the match winding down, there hadn’t been a signature moment, a memory worth savoring.

Then, Bob Bradley says, the football gods looked down and helped LAFC christen their new stadium in a way that truly felt right.

“I’ve been lucky enough to be in a lot of amazing places around the world, but the feeling inside of that stadium was incredible,” Bradley said. “You get in all kinds of games but it’s nice to not have to inaugurate this stadium with a 0-0, so somebody was looking down on us. We take the 1-0, we’re proud of it, and, as I say every game, there are all sorts of things that need to get better.”

For 90+ minutes, Sunday’s match was anything but exciting. It was cagey and it was physical, but exciting certainly wouldn’t be the word. Both sides struggled to provide the sharpness needed to score a goal in such a tight affair and, for 90 minutes, it felt like a waiting game.

Bradley admitted the game was “not our best”. The little movements, he said, weren’t there. The timing was a bit off. The defense was doing its job, limiting a tough Sounders team, but the overall crispness wasn’t right.

Then Ciman stepped up, smashing a free kick that skidded past Stefan Frei. It was one Frei would want back, but one LAFC will certainly take given the way the match went.

It wasn’t the perfect Hollywood performance that many expected. It certainly wasn’t pretty, but it was the moment needed to open the stadium on a high.

“I just felt I had to go for it,” Ciman said of the goal. “I didn’t question it too much.”

“I think all of the people were waiting for this moment. I think it was a great day,” added Carlos Vela. “Maybe the game was not the most fun to watch, but in the end, we won, so everyone was excited and they enjoyed it.”

Bradley and co. hope to provide many more moments within their new home. After opening the season with a six-game road swing, LAFC has plenty of games to look forward to at Banc of California Stadium.

As those games come, Bradley expects many of them to be prettier than Sunday’s debut. He expects a continued evolution as LAFC continues to make itself at home.

“I’ve seen good games, bad games, strange games,” Bradley said. “To win late on a tough night where you continue to try and push and play football. Seven games, I say it over and over, our football is not perfect, but we go out every game and try to play football… Every team has to find an identity and how they want to play. It’s clear that we want to go in that direction.

“We’re not Barcelona yet. The idea is that we keep trying to get sharper.”