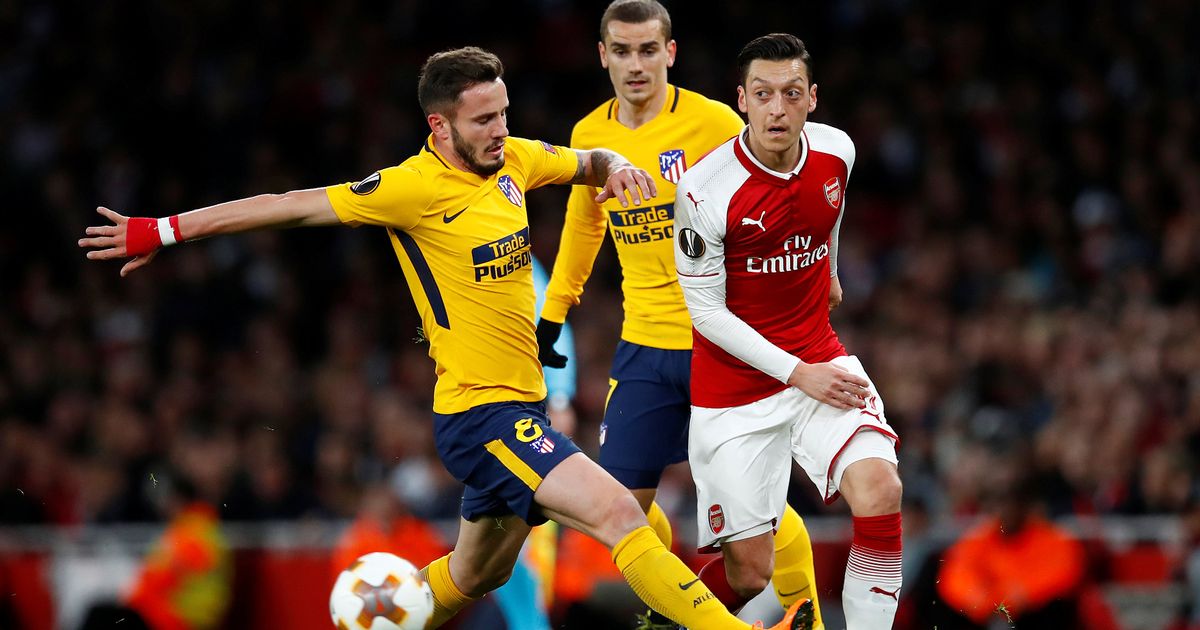 Sometimes when your back is pushed up against the wall it brings the best out of you as a player. Atletico Madrid were up against it on Thursday but fought their way against all odds to earn a positive result.

Diego Simeone’s side used an 82nd-minute equalizer from leading scorer Antoine Griezmann to draw 1-1 at Arsenal in their semifinal first leg of the UEFA Europa League. The La Liga side were reduced to 10 men in the 10th-minute, but were able to grab a huge away goal as they return home.

Sime Vrsaljko saw a second yellow card in the 10th minute for a foul on Alexandre Lacazette. Simeone also was sent to the stands minutes later after shouting at referee Clement Turpin.

David Ospina was the busier of the two keepers, making three saves in the first-half.

It didn’t take long for Arsenal to break the deadlock in the second-half though, as Lacazette headed in Jack Wilshere’s cross in the 61st minute for a 1-0 lead. The Frenchman now has 16 goals in all competitions this season for the Gunners.

However, the Gunners could not hold on for a first leg win as Griezmann finished from a rebound in the 82nd minute. After being repelled prior, the Frenchman beat Ospina to the high center of the goal for his 27th goal in all competitions. Jan Oblak made seven saves in the draw, while Opsina finished with four.

Atletico Madrid returns home for the second leg next Thursday, knowing they hold the away goal tiebreaker.

Marseille used a goal in each half to down visiting Salzburg 2-0 at the Stade Veldrome on Thursday.

Florian Thauvin opened things in the 15th minute for Marseille, finishing Dimitri Payet’s cross from close range. It was Thauvin’s 24th goal of the season in all competitions, and his fifth in his last five appearances.

Looking to add to their advantage, Rudi Garcia’s side got it through the form of Clinton N’Jie. The substitute striker came off the bench and slotted past Alexander Walke in the 63rd minute to double Marseille’s lead. N’Jie now has nine goals this season, and his second in the Europa League this campaign.

Fredrik Gulbrandsen struck the bar in the 77th minute for Salzburg, which was the visitors best offensive opportunity in the match. Yohann Pele made five saves in the home clean sheet for Marseille, while Walke made two for the Austrian club.

Salzburg returns home to the Wals-Siezenheim Stadium for a May 3rd second leg, knowing they have it all to do. These sides met earlier this Europa League in the group stage, with Salzburg winning 1-0 over Marseille back in September.

Here are the dates and times for next week’s second legs: