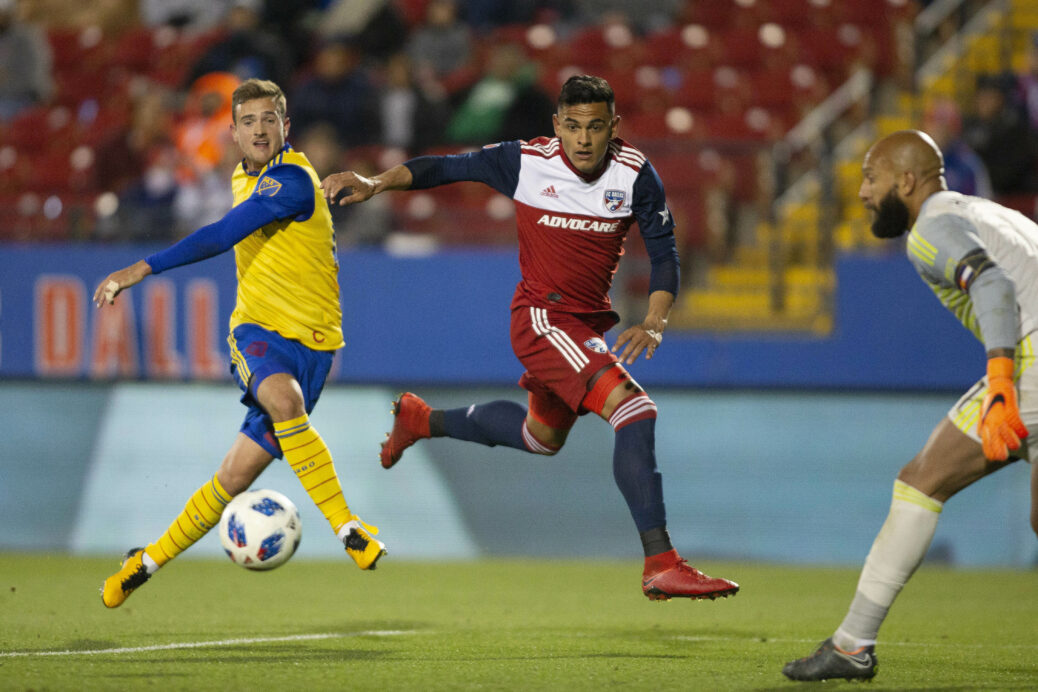 For most of Saturday’s Western Conference showdown at Toyota Stadium, it looked like FC Dallas was going to see their unbeaten run to the start of the MLS season come to an end. Cristian Colman had other ideas, playing the hero off the bench.

The 24-year-old Paraguayan came on as a second-half substitute and headed in an equalizer in the 89th minute to give FC Dallas a 1-1 draw against the Colorado Rapids.

Dallas had to claw their way back after Joe Mason gave Colorado an advantage in the 62nd minute. The 26-year-old received Dominique Badji’s assist and stroked a left-footed effort into the top-left corner. Mason now has two goals in three appearances this season.

Both Tim Howard and Jesse Gonzalez were busy in the opening 45 minutes. Howard saved Mauro Diaz’s effort in the 16th minute before handling Anton Nedyalkov’s effort later in the half.

Gonzalez kept the in-form Badji out in the 25th minute from close range. He had an easier task later in the half, as he comfortably saved Bismark Boateng’s strike from long-range.

Colman, who came on in the 73rd minute, headed back across goal into the bottom-right corner for his third MLS goal.

Howard made four saves in the draw, while Gonzalez made three.

Colorado (1-1-2) is  unbeaten in their last three matches, despite dropping points on Saturday. They return home also on the 14th for a tough task against Toronto FC.

After coming on as a second-half sub, Cristian Colman made an immediate impact. A strong header earned his side a point in a match where it looked like they would finish second best.

After drawing level, Dallas looked like the team to go on and win it. However missed chances in stoppage time will have Oscar Pareja pulling his hair out. Matt Hedges and Maxi Urruti each missed in front of goal late which could’ve spelled a different ending had one gone in.

Normally making an impact, Dallas winger Ronald Lamah did not on Saturday. The 30-year-old did not record a shot in the draw, and had only 29 completed passes which was the fewest by any Dallas offensive player.