Galaxy rip into ‘horrendous’ officiating in loss to Red Bulls 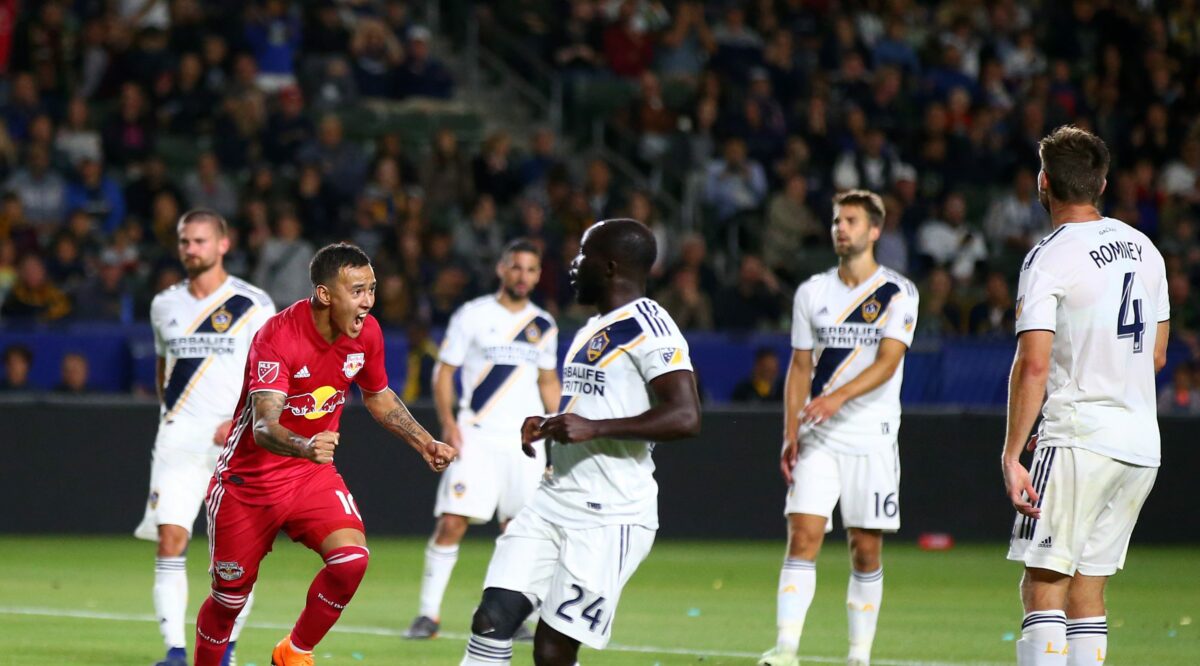 The introduction of Video Assistant Review was supposed to lead to less controversy involving officiating. On Saturday night, controversy returned to the forefront.

VAR and referee Allen Chapman were key talking points on Saturday night as the LA Galaxy fell, 3-2, to the New York Red Bulls. Officials found themselves at the center of three crucial calls on the day, with all three going against the Galaxy in what, to the team, felt like an unfair defeat.

The game’s first incident came early, as Ola Kamara was deemed offside on an early goal by Romain Alessandrini. The officials went to VAR, confirming that there would be no goal in a call that, according to Schmid, was the best of the three.

Next up was a late-game incident involving Zlatan Ibrahimovic, who was deemed to be half-a-yard offside on what would have been the game-winning goal.

“You watch Ibra’s goal, which would have made it 3-2, and the linesman ends up calling offside,” Schmid said. “If you watch the replay of the linesman, he almost dropped the flag he was so nervous putting the flag up. If he lets the goal stand, then they don’t overturn it the other way. But because he calls offside, they feel it’s not clear. But when you watch the replay, he’s clearly onside.”

“I don’t know if it was offside, my goal, but it doesn’t matter,” Ibrahimovic added. “I never give excuses or blame the referee because we all try to do good. We can do better, he can do better.”

Moments later, Chapman struck again as the Galaxy were called for a handball in the box on what ended up being the game-winning goal. The call came just moments after Ibrahimovic’s apparent game-winner on the other end.

Adding to the frustrations was that the call appeared to be questionable. David Romney was whistled for a handball in the penalty area when the ball appeared to strike the defender in the side rather than the hand.

“I think today [the officiating] was absolutely horrendous,” said goalkeeper David Bingham. “Ibra is a half yard onside. (The penalty) hits Dave square in the back, there’s a ball mark there. And they say they’re reviewing it, but who is reviewing it? So you’re saying three people missed it, the AR missed it, the center, and the VAR guy missed it? If that’s the case they shouldn’t referee another game this year, because that’s just incompetence.”

“Somebody says it’s not a penalty, somebody says yes,” Ibrahimovic added. “If you look at the video, it was no penalty and I think even the referee, I’m not sure if he was watching the video, the VAR. I don’t know. It’s different. But we have to give used to it.”

While officiating was the hot topic, it wasn’t all negative for the Galaxy. Giovani dos Santos stepped up in his return to the lineup. The team looked dangerous featuring a majority of its stars on the field in a new formation.

However, the Galaxy were left to rue the loss of points on a night where it didn’t feel like it was entirely in their control.

“It seems like in every game it goes against us to be honest,” Kamara said. “For me, in the first game against Portland, in Chicago and now this game. I think it’s a situation in the end, where it’s 2-2, the referee has to go to the screen himself because it’s such an important decision. I won’t say anything about the decision, but it’s so important that he has to make [the decision] himself, for me.”

“I don’t want to give an excuse for the [referees] on the field,” Ibrahimovic added. “It’s all on us. We need to do more. Much more. It’s not acceptable, it’s not okay… It’s a team effort and we need to do much more, that’s for sure. We need to work hard.”