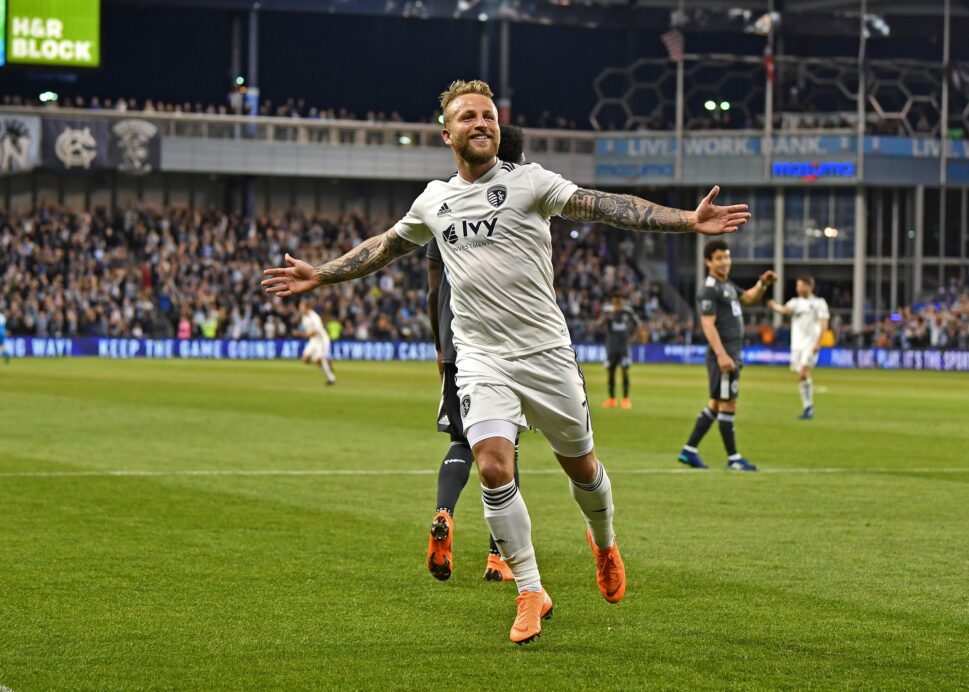 When a new player arrives to a club, players and fans alike are wondering what to expect from them. Sometimes it can turn out good while for others their decision to go may not have been the best. Johnny Russell’s move to Major League Soccer looks to be paying off for Sporting KC.

The Scottish winger netted his first MLS hat trick to propel Peter Vermes’ side to a 6-0 beatdown over the Vancouver Whitecaps at Sporting Park on Friday evening.

Russell’s first two goals came six minutes apart in the first-half to give KC a convincing 2-0 lead after 16 minutes. Roger Espinoza laid back a pass for Russell in the 10th minute which the former Derby County man rifled into the bottom-left corner.

On his second goal, Russell called his own number, dancing his way into the box and slotting in his fourth goal of the season.

Jimmy Medranda extended the lead for KC in the 30th minute, beating Stefan Marinovic from a tough angle outside of the box.

Frustration began to boil for the Whitecaps just before halftime. A skirmish involving Russell and a handful of Whitecaps players saw both Yordy Reyna and Efrain Juarez see straight red cards in the 40th minute.

Marinovic had the only bright spot in stoppage time, saving Ilie Sanchez’s penalty kick to avoid an even more embarrassing scoreline.

Russell capped his hat trick in the 48th minute, beating the New Zealand keeper to the top-left corner. It was the 28-year-old’s first professional hat trick since January 2013 as a member of Dundee United.

Cristian Lobato added KC’s fifth goal off the bench, while Yohan Croizet scored his first MLS goal as an insurance tally in the final scoreline.

Marinovic was a busy man, making eight saves in the lopsided defeat. The nine-men visitors had one shot on goal, but were pressed back for most of the match.

Sporting KC (5-1-2) are now unbeaten in seven straight sitting on 17 points through eight matches. Vermes’ side next travel to the New England Revolution on April 28th.

The Whitecaps (3-4-1) have now lost three in a row, only scoring one in that span. Carl Robinson’s side return home for an April 27th date with Real Salt Lake, hoping to turn the tide.

Russell has added a dynamic threat to KC’s attack since joining this past offseason. He is in fine form and has helped the team in a variety of ways to remain atop of the Western Conference.

After scoring his side’s first goal, Russell’s second finish a lot like the first really slammed the door shut on Vancouver. Defensively they could not contain KC’s pace and it killed them in the long run.

The entire Whitecaps backline was horrid allowing KC’s danger man to get after them numerous times. It also didn’t help their cause after two players were sent off during the same incident.