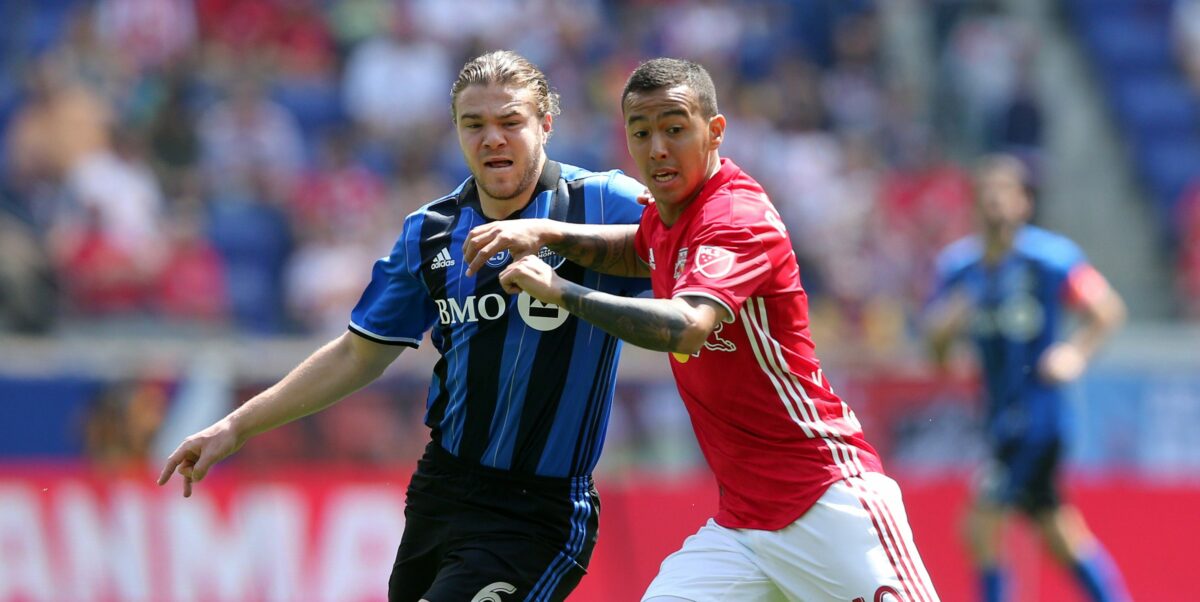 The arrival of Alejandro Romero Gamarra required a lot of patience out of the New York Red Bulls faithful, as did steady minutes with the team’s mainstays. However, on Saturday against the Montreal Impact, on a day Gamarra scored his first MLS goal, it was finally his time to shine.

“I think more than anything, this was Kaku’s best game by a mile,” Red Bulls head coach Jesse Marsch said post-match. “Today I think he showed everyone, including himself, that he’s going to be a really good fit here and he’s going to be a big player here.”

The midgielder has started all but one match so far this MLS season, but he has frequently been stuck with the reserves as the team made a run to the Concacaf Champions League semifinals. Gamarra played frequently off the bench during those games, scoring once, but many were waiting to see more from him and wanted Marsch to put him in the starting lineup. The coach explained, though, why the player’s integration took as long as it did.

“I think that, mentally, you have to pay attention, you have to listen,” the midfielder added. “Today, I did it. Almost every match, there’s been some growth on my part.”

The player also admitted that it had taken him some time to learn the terminology that his teammates, speaking English that is still somewhat unfamiliar to him, used on the field, but he is picking that up, too.

The day also marked his first start with the team’s long-time talisman, Bradley Wright-Phillips, who has so far assisted both of Gamarra’s goals for the club, including his strike against Montreal.

“I’ll always try to find him on the field,” Gamarra said, but not just to score himself. “You always want Brad to get as many goals to be top goalscorer.”

Marsch also emphasized that the relationship between the two of them is incredibly crucial to the team’s success.

“That relationship will be key,” the head coach said. “We need to make sure that they understand each other’s tendencies and movements and that they are clear with what kind of relationship we want them to have.”

“The guy, he’s not just a quality player on the ball,” Wright-Phillips said. “If you saw today, if you really watched this game, his reactions. He closes down. He’s willing to work, and before talent, in this team, you have to be willing to work. To find a number ten that is not only good on the ball, but can work as hard as he does, it’s lucky.”

Marsch admitted that Gamarra may have been the piece the Red Bulls were even missing on Tuesday, when they were eliminated at the hands of Chivas Guadalajara in the Champions League.

“After the Chivas game I said we’ve missed steps,” Marsch said. “Some of it is to do with Kaku; that we’ve had to take more time to kind of continue to work him into things.”

However, Marsch feels that he is ready to let him finally show off his skills.

“Is it time to take the handcuffs off,” Marsch asked. “The answer’s yes.”