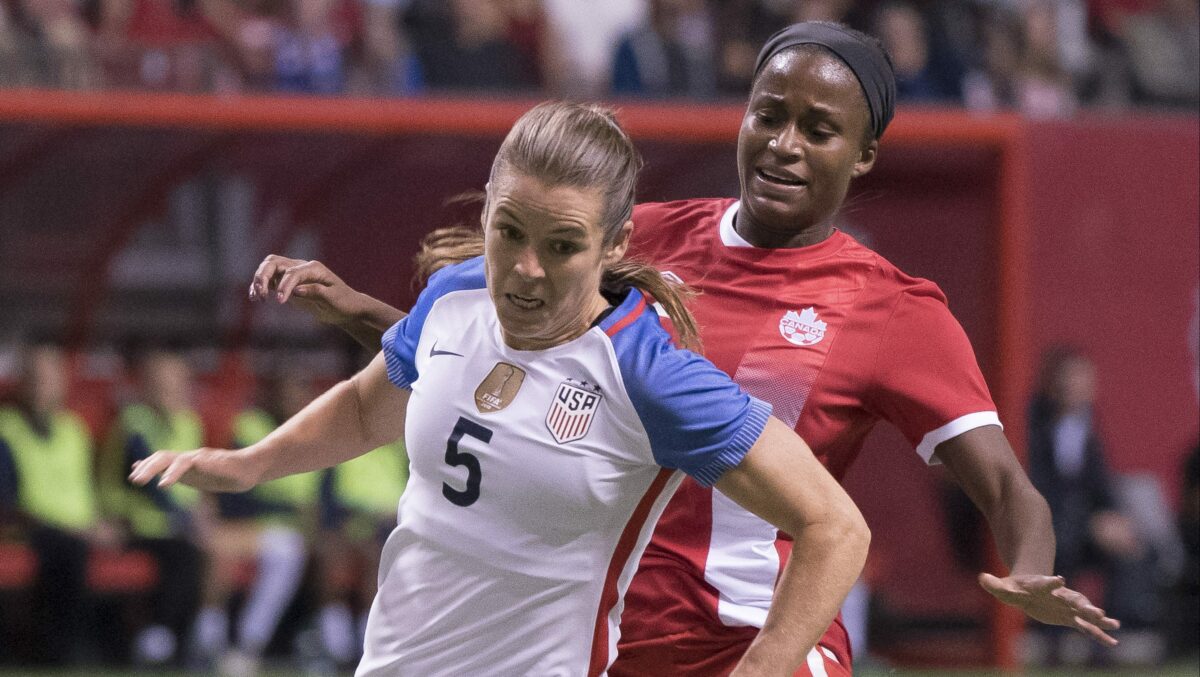 Jill Ellis has been forced into making some roster changes ahead of the U.S. Women’s National Team’s friendlies against Mexico this week.

Out comes defender Kelley O’Hara, who picked up a hamstring injury while on club duty with Utah Royals. This comes after fellow de

Defender Casey Short withdrew from the squad as she is still dealing with the ankle injury she picked up during the SheBelieves Cup. Short was replaced by Hailie Mace, who will participate in her second USWNT camp.

With O’Hara out, Ellis has added two newcomers to the roster. Tegan McGrady, a starting outside back for the U.S.’ U-23 team, has been added to the roster, as has midfielder Haley Hanson. McGrady is a college teammate of Tierna Davidson at Stanford, while Hanson has just started her rookie season in the NWSL with the Houston Dash. The midfielder was the seventh overall pick in this year’s draft.

Here’s how the roster now stands heading into this week’s action: