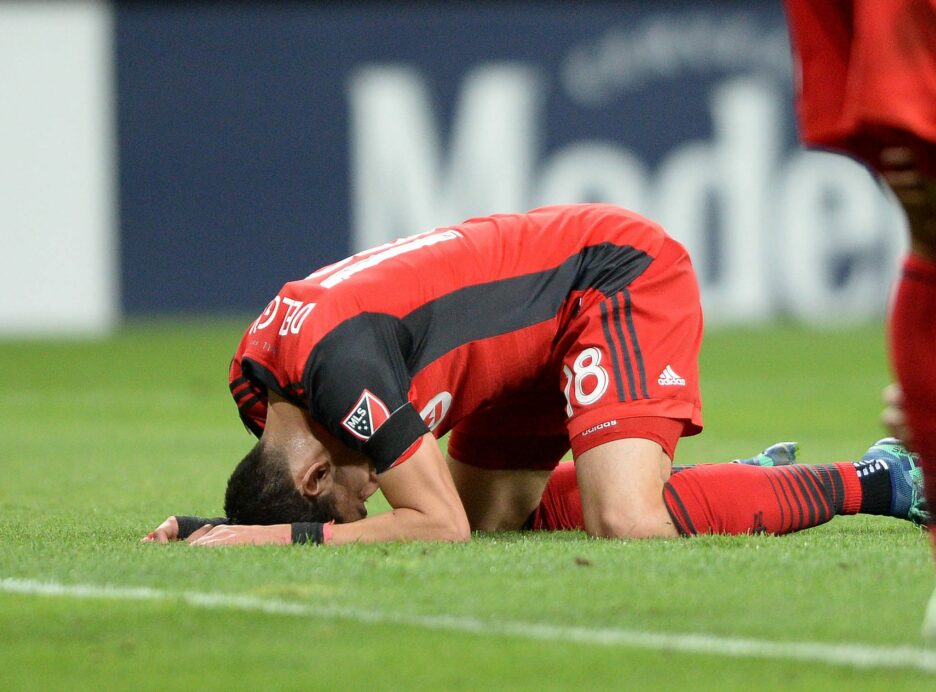 Wednesday’s evening did not go as planned for Toronto FC and their fans, watching Chivas de Guadalajara celebrate as CONCACAF Champions League winners.

After fighting their way back for a penalty kick shootout at the Estadio Akron, the defending MLS Cup champs ultimately lost 4-2 on PK’s finishing second best in the tournament.

22-year-old Marky Delgado had a chance to be a hero prior to the shootout, with the ball on his foot and a chance to put Toronto ahead for good. A Sebastian Giovinco cross landed perfectly for Delgado, who skied his effort over the net with the aggregate score at 3-3.

“It was definitely heartbreaking,” Delgado said, according to the Toronto Sun.

“We wanted to win it. We shouldn’t be too hard on ourselves,” he added.

Goals from Jozy Altidore and Giovinco leveled the aggregate score at 3-3 before halftime. Delgado’s miss came in the 91st minute before the teams lined up for the shootout. Jonathan Osorio struck the bar with Toronto’s second effort, before Michael Bradley missed wide to the right which sealed the win for Chivas.

With the heartbreaking defeat, Toronto FC now turns their sights back to the MLS season. Greg Vanney’s side are 1-4-0 with three points through their first five matches, and know they have a hill to climb. Despite the loss, Vanney praised Delgado’s play throughout the tournament and expects the midfielder to learn from it.

“I’m proud of him and I’ll see him when we get back,” Vanney said of Delgado. “He’s disappointed because he didn’t finish a chance. But he’s played a mammoth tournament. This guy covers so much ground and does a ton of work.”

“I think he’s done well for himself and our team,” the head coach continued. “We wouldn’t be here without the work he has been able to do. It’s unfortunate because I know he would have like to have finished that one off. But that’s part of the experience. You grow from it. He’s a young guy. You bounce back.”