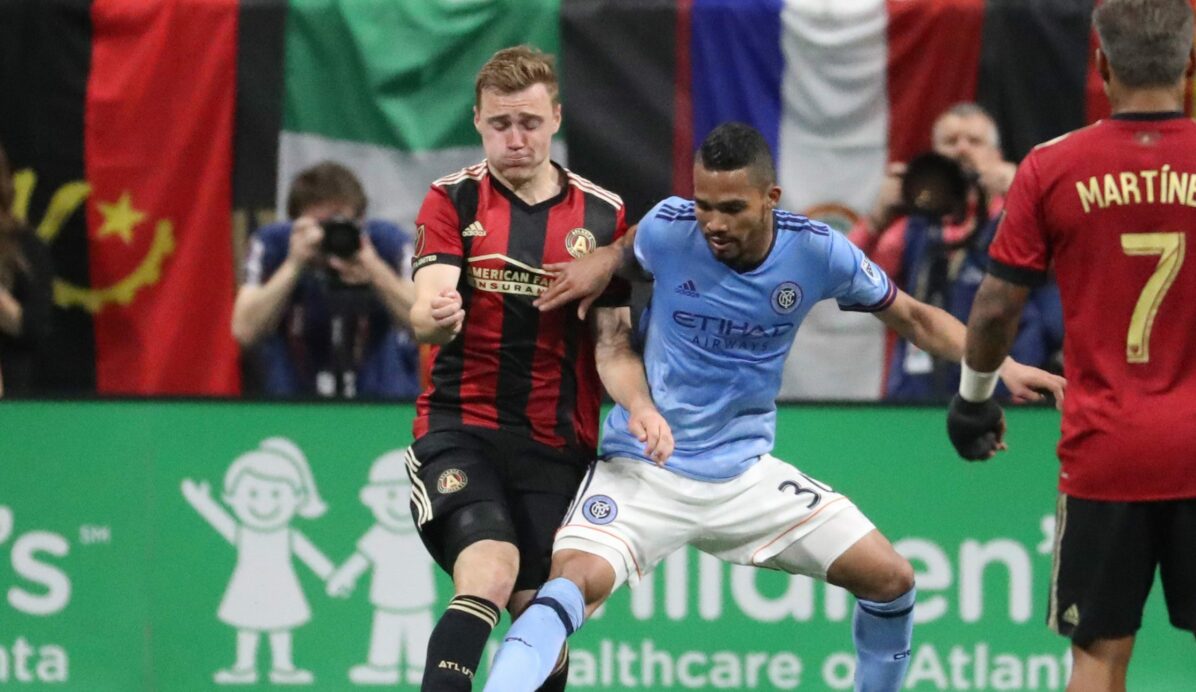 Yangel Herrera has been one of the best young players in MLS since making the move to NYCFC, but the Venezuelan midfielder’s eyes are now set on a move elsewhere.

“I am ready for Europe,” Herrera said, according to AS. “I feel good and I would really like to make the jump.”

Herrera is on loan to NYCFC from Manchester City and has started all seven of NYCFC’s games this season. Man City reportedly rejected advances from French club Lyon, who attempted to acquire Herrera last summer.

“It is a very tough league, very tactical and technical. And the league is growing,” he said of MLS. “I have struggled to adapt but now I am playing better.”

The Philadelphia Union have made an addition in defense.

The club announced Tuesday that defender Olivier Mbaizo has joined the team after starting the 2018 campaign with the Bethlehem Steel. The Cameroonian originally came to the U.S. after featuring for Rainbow FC and Union Douala.

“Olivier trained with the Union first team throughout our preseason, and it became clear that he has the potential to immediately contribute at the MLS level,” said Union Sporting Director Earnie Stewart. “He has earned this quick ascension to our first team through his play in preseason, and we look forward to further integrating him and assisting with his development.”

The Vancouver Whitecaps will be missing a key piece for a few weeks.

Sportsnet is reporting that Kei Kamara is set to miss three weeks due to a groin injury. The issue is expected to keep Kamara out until a May 11 clash with the Houston Dynamo.

“It’s not ideal,” said Whitecaps boss Carl Robinson. “Any team that losses a key player, and Kei is a key player for us, is going to be affected.

“Losing Kei is a big blow, but we have to find solutions now to deal without him.”

Kamara has scored three goals in five games this season.

A major attacking presence is set to be out of the New England Revolution lineup for a few weeks.

The club announced Monday that Kelyn Rowe will miss at least one week and up to four due to a left knee injury. Rowe missed nine games due to a knee injury last season, but that issue was with his right knee.