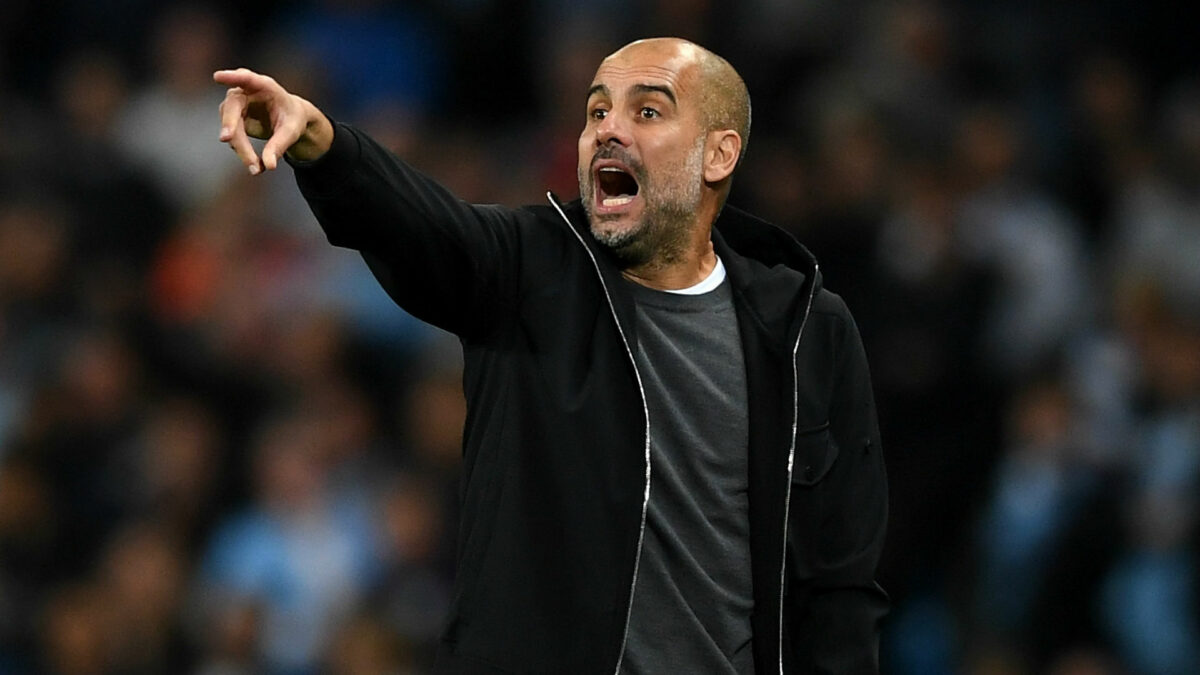 Pep Guardiola has taken Manchester City to new heights in 2017-18, helping the Citizens to both the Premier League title and League Cup. The Spaniard is reportedly set to sign an extension with the club, as he years his second year of a three-month contract, according to ESPN.

After earning a pair of trophies in his second season with the club, Guardiola would like the team to take the next step and win the UEFA Champions League. Manchester City were eliminated in the quarterfinal round last week, losing 5-1 on aggregate to Liverpool.

Guardiola’s team has already set a record in winning 18 consecutive matches in league play this season, and could also set single-season records with the most points and goals with five league matches remaining.

According to ESPN, Guardiola would like to add a holding midfielder and an attacker in the summer as the team looks to win back-to-back league titles for the first time in their history. Guardiola has won 24 major trophies in his managerial career, which has seen time with Barcelona and Bayern Munich.

Michy Batshuayi has made a positive impact at Borussia Dortmund since joining from Chelsea during the January Transfer Window. The Belgian loanee, however, will not be playing again this season, after injuring ankle ligaments during Sunday’s derby defeat to Schalke.

Batshuayi’s loan is set to run out at the end of the season, and the striker scored nine goals in 14 appearances with Dortmund. The 24-year-old is also a doubt for Belgium in this summer’s World Cup, where he had previously split time with Romelu Lukaku.

“Well its not good news for now, my season is probably over, and i won’t be able to pay @BVB back for their confidence,” Batshuayi wrote on Twitter. “Thank you all the amazing amount of love I received since yesterday. Wishing my teammates the best for the final days. See you soon.”

Belgium is paired with England, Panama, and Tunisia in their group for this summer’s tournament in Russia.

Benevento’s first ever season in the Italian Serie A has not gone quite as planned. The league minnows are currently last in the table, with 14 points through 32 matches and are 14 points from safety.

However their has been a bright spot for Benevento starting with their striker Cheick Diabite. Diabite equalized a Serie A record on Sunday, scoring a brace for the third consecutive match in a 2-2 draw at Sassuolo.

In his six appearances for Benevento this season, the Mali striker has seven goals including six over his last three matches. Dario Hubner of Piacenza enjoyed a similar run of form back in 2001.

Diabite will look to put his name in the history books as Benevento hosts Atalanta on Wednesday.