Patience finally pays off for Union in victory over D.C. United 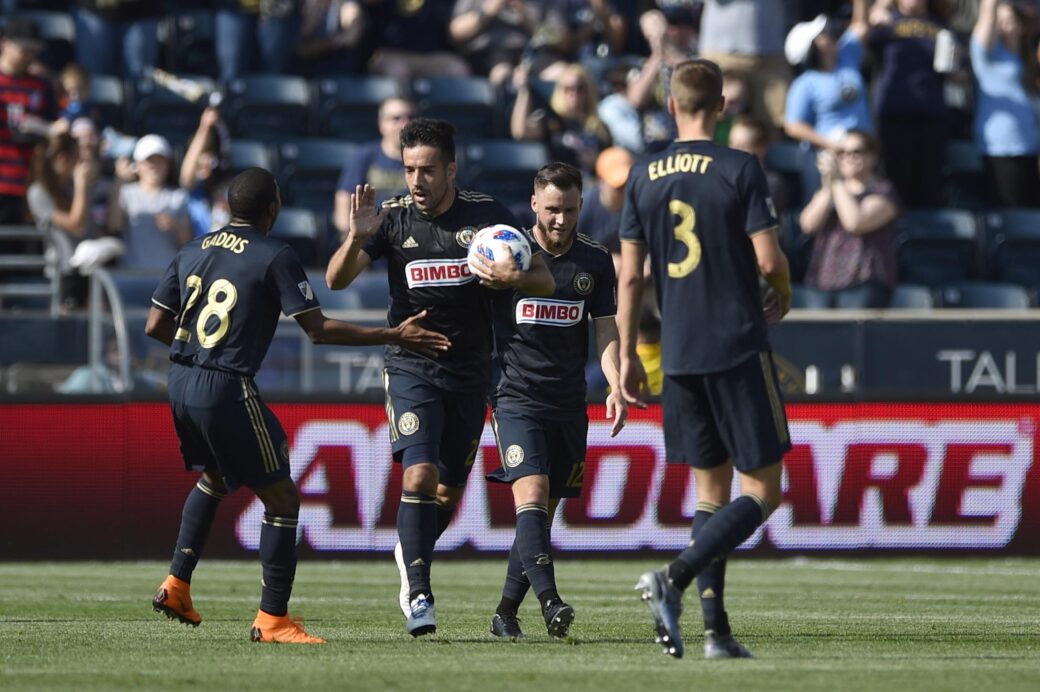 CHESTER, Pa. — Sometimes when the ball isn’t falling in your favor, it may be hard to remain poised and determined as a group. During their five-match winless streak, the Philadelphia Union looked lost for words and out of answers as they struggled on both sides of the ball.

The Union’s patience was rewarded on Saturday as the team snatched their second win of the season in a 3-2 back-and-forth affair against D.C. United at Talen Energy Stadium. Despite going down after seven minutes, the Union kept their heads up and punched back before halftime.

“I’m really proud of the guys for the effort they put in today,” Union head coach Jim Curtin said. “We had our backs against the wall and little bit and the guys showed great heart to put in a strong performance.”

C.J. Sapong added his second goal of the season in the 60th minute, heading past Clark for a 2-1 Philly advantage. Darren Mattocks made a quick impact for D.C., volleying home in the 70th minute to draw Ben Olsen’s side level.

Even with the defensive breakdown, the momentum seemed to be all in the Union’s favor. Borek Dockal played the hero in the 72nd minute, roofing a right-footed shot past Clark for his first MLS goal. The Czech Republic midfielder had found it tough in his first few matches with the Union, but showed pure joy as he celebrated the winner.

“I hope this result gives us the confidence that we need because we’ve played well earlier in the season but we didn’t get the points,” Dockal said. “When you’re able to get victories, it helps with the confidence like it did today.”

Dockal looked more comfortable in Saturday’s win than any other match this season. He completed 69 passes, the second most by any Union player and was not afraid to call his own number at times.

“He played amazing, he was everywhere,” Haris Medunjanin said. “He created a lot of chances for us, he was shooting outside of the box, and scored the winner. I think he needed some time to adjust to us and now we’re gonna see a better Borek every game from now.”

The Union’s front three all played with confidence on Saturday, with two of the three getting on the scoresheet. Despite not scoring, David Accam continued to use his strengths offensively while Sapong and Ilsinho each bagged goals. Curtin is hoping that more continues to come from all three.

“Now you get to see when we play with a lead, the whole front three’s strengths start to come out,” Curtin said. “David is running against the back line, C.J. is a handful inside of the box, and Ilsinho was a spark for us today. We know we have stuff to clean up but overall three points always feels good.”

Defensively, the Union will need to clean some things up for sure. Rookie Auston Trusty and second-year Jack Elliott have had some successes, but will need to improve from mistakes as well. Elliott’s poor pass allowed D.C. to break for their opening goal, while Trusty failed to close down fast enough before Zoltan Stieber slotted home. Trusty also didn’t close down fast enough allowing Stieber to cross in towards Mattocks for D.C.’s equalizer in the second-half.

“We made a mistake when trying to play out of the back which we encourage the young guys to do,” Curtin said. “Maybe on the second goal if Auston times his jump better then they don’t score but overall I’m happy with the young back line and the things they’re doing against quality competition.”

The Union now prepare for a three-match road trip which begins with a fixture against Toronto FC on May 4th. After the rough stretch without a win, Curtin believes the three points will help prepare for a tricky task ahead.

“The win puts a smile on everyone’s face, the players can breathe a little easier,” Curtin said. “We have a tough road trip ahead but overall the team will continue to stay the course.”