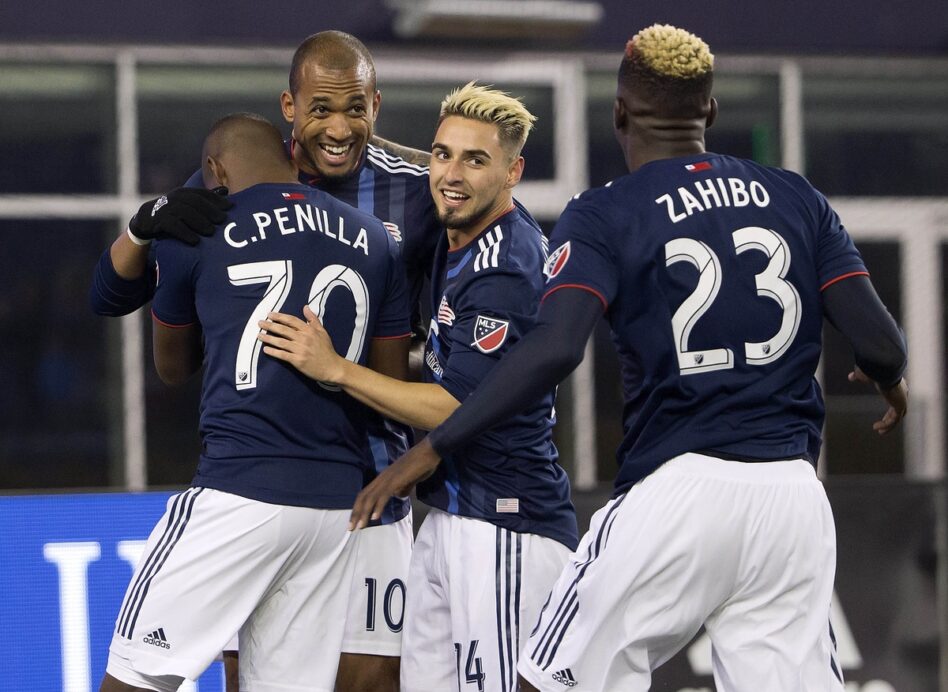 Anytime you can take control of a match in its early stages, you’re putting yourself in a great position to earn positive results, and the New England Revolution did just that on Friday night.

The Revolution used a pair of first-half goals and added another pair after halftime to roll past the 10-man Montreal Impact, 4-0, at Gillette Stadium.

Montreal’s chances of earning a result took a hit early as Saphir Taider was sent off for the Impact after 14 minutes. The midfielder saw a red card for violent conduct against Luis Caicedo.

The Revolution took advantage of the extra man as Teal Bunbury headed the hosts in front after 20 minutes. Bunbury got on the end of Wilfried Zahibo’s long pass and slotted home into the bottom-right corner for his second goal of the season.

Evan Bush kept the deficit at only one for the visitors, keeping Diego Fagundez’s penalty kick out in the 36th-minute but that shortly changed. However the strong start for New England was rewarded in stoppage time as Andrew Farrell doubled the Revs lead before halftime.

Brad Friedel’s side continued to press for more after the break. Kelyn Rowe rattled the crossbar in the 70th minute, minutes after coming into the match before the substitute set up the Revs third. Fagundez poked home Rowe’s assist from close-range to give himself three goals so far this campaign.

Rowe’s strong cameo continued as the midfielder set up Zahibo for his first goal of the season after 80 minutes. The Frenchman rifled a right-footed effort past Bush into the bottom-right corner.

Bush was the busier of the two keepers, making five saves in the lopsided loss. Montreal was pressed back for most of the match, only forcing Matt Turner into two saves.

The Revolution (3-1-1) are now unbeaten in their last four matches after their opening day loss in Philadelphia. They conclude a two-match homestand on April 14th against FC Dallas.

Meanwhile, the Impact (2-3-0) saw their two-match winning run snapped and now have lost three matches on the road this season. They conclude a three-match road trip also on the 14th against the New York Red Bulls.

Diego Fagundez earned man of the match honors, scoring a goal and adding an assist. The 23-year-old Uruguayan was an active presence of a dangerous Revolution attack who attacked from the opening whistle.

Even after going down a man, Montreal still had a chance at the match if it had been 1-0 at halftime. Farrell’s finish after 46 minutes really put New England into cruise control for the second half.

The 26-year-old Taider will surely want to forget his performance on Friday, after earning his first MLS red card in the loss. Now after an early dismissal, the Algerian will miss time due to suspension forcing Remi Garde to think harder about his next starting XI.