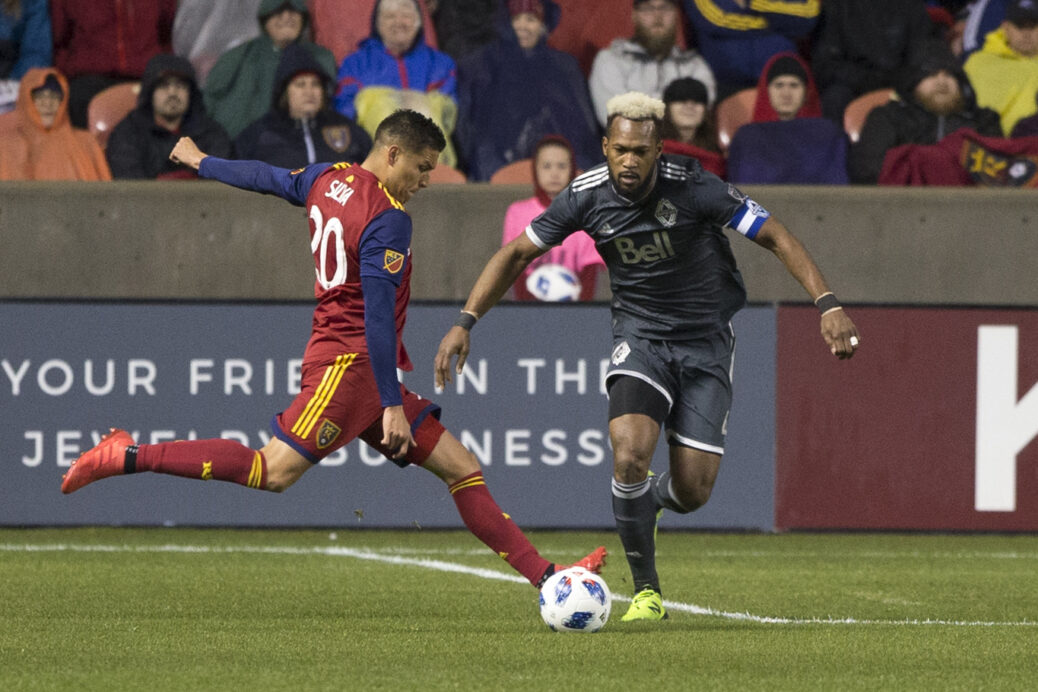 It may have gotten a bit nervy late, but Real Salt Lake did just enough to hold off a fellow Western Conference contender on Saturday night.

Goals from Luis Silva and Jefferson Savarino pushed their side to victory on Saturday as RSL topped the Vancouver Whitecaps, 2-1, at Rio Tinto Stadium. The win is RSL’s second straight on home field and second victory overall.

Silva opened the scoring just minuted before halftime, scoring in the fourth minute of stoppage time of the first half. The forward spun and fired a shot off Whitecaps fullback Jake Nerwinski and into the back of the net for Silva’s first goal of 2018.

Savarino’s finish came in the dying moments of the match, providing what turned out to be much-needed insurance. Savarino’s goal came on a pass from Cory Baird, putting the game out of reach.

The Whitecaps didn’t quite give up, though, as Brek Shea brought the visitors back within one in the 92nd minute, putting a slight scare into RSL moments before they locked up all three points.

Next up for RSL is a midweek visit to NYCFC while the Whitecaps return Friday against LAFC.

Savarino’s late finish proved to be valuable insurance, as RSL held off a late Whitecaps charge for the win.

Efrain Juarez could have done much better on Silva’s opening goal, and, while the Mexican midfielder’s distribution was good, it was the one moment where he wasn’t that stood out.