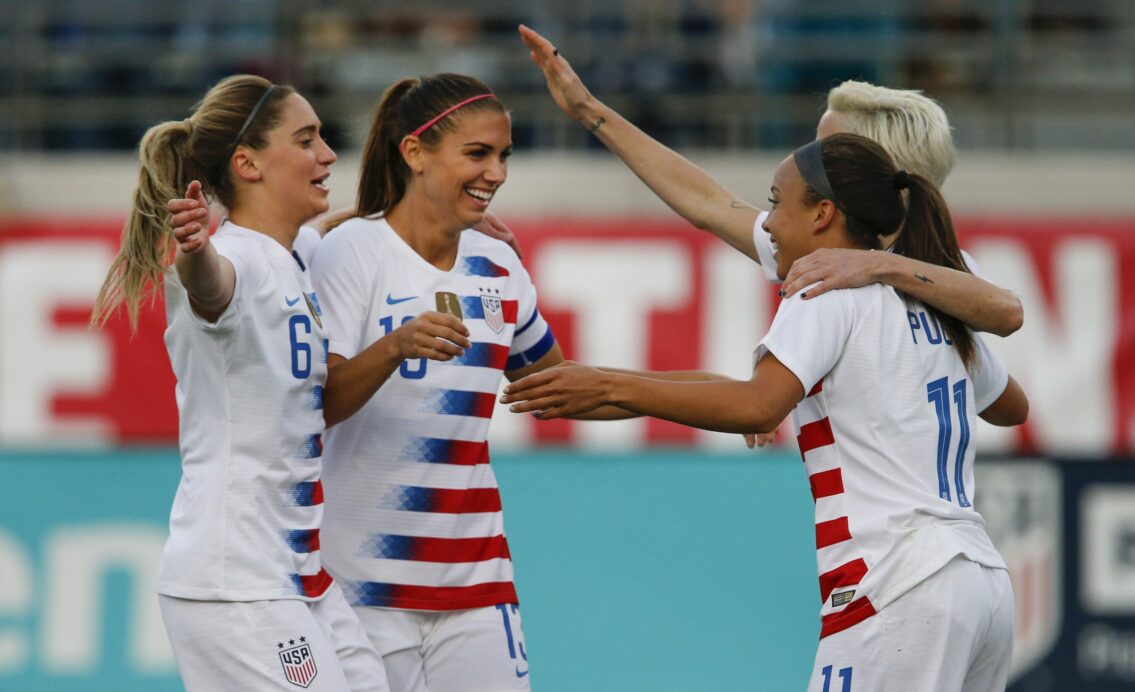 The Concacaf Women’s Championship may still be six months away, but with the World Cup coming in little more than a year, the sport’s biggest tournament is in sight for the U.S. Women’s National Team.

The next year and change will see players, on the fringes or frequent starters, compete intensely to ensure that they will be in France in the summer of 2019. Clues can be found in the competition for national team minutes, as head coach Jill Ellis tinkers her lineups, either in an attempt to solidify relationships or give opportunities to those lacking them.

While it may be easy to list off a number of players that, barring injury or severe dips in form, will likely be on the plane to France, many of the 23 spots are still up for grabs. Ellis has gone to great strides to expand the player pool during the off time in this cycle.

This projected roster will look a little bit different than the squads Ellis has picked so far in 2018. Many important U.S. players have been missing because of injury to start the year, but could all make their recoveries and work on match fitness by the time June 2019 comes around.

Here’s a look at the 23-player roster we could see making up the USWNT World Cup squad, based on where players stand now:

Outlook: This is probably the easiest part of the squad to assemble, but it does not come without a little bit of instability. Campbell’s recent poor performance against Mexico may open up a spot for further competition to be a backup in France.

Outlook: Across the backline, Ellis has found a number of players she does not mind giving the start to every now and again, but she has frequently rotated there. Her choices at center back look set, with co-captain Sauerbrunn, new face Davidson, and recent mainstay Dahlkemper all sharing minutes at the position this year. At left back, O’Hara is clearly the first choice, while Dunn is slowly being groomed to once again be an outside back. Right back, though, is a very different story, as Ellis has not been settled on it since the Summer Olympics in 2016. Lately, it seems like Short might be her pick, but Sonnett got a majority of the minutes there this month while Short was out with an injury.

Outlook: Similarly to the defense, there are some parts of the midfield that look set, while other spots may be more contested. Ellis seems to have her preferences in the deeper positions, with the flexible Ertz taking the defensive midfield role while serving as a backup center back. Next to her has frequently been Mewis, with Horan beginning to stake her claim as an option in the same position. Brian, meanwhile, looks like Ellis’s choice to back up Ertz. Further up the field, though, the head coach has rotated several players in and out of the position. Educated guesses would be on Lavelle, should she return to the stellar from she opened her national team career, and Lloyd. A final place could go to Sullivan, who is more naturally suited to the role than Lloyd is.

Outlook: The forward line looks set in stone, with Pugh, Morgan, and Rapinoe getting as many minutes as they can together. However, once Heath returns from her ankle injury, she will likely become a regular attendee of U.S. camps and might challenge for a starting spot of her own. Press provides solid backup to Morgan, while McCaskill has been an option to back up Rapinoe.

What do you think? Are there players that surprised you by their inclusion or exclusion?