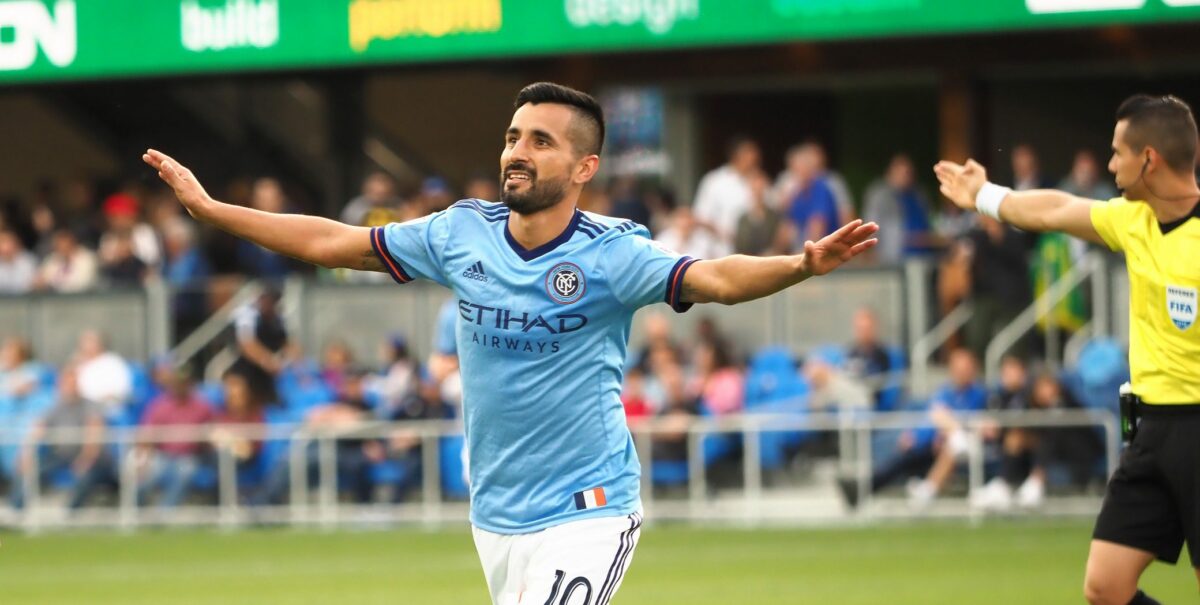 NYCFC was predicted to be an elite team in MLS this season, but what they have done so far in 2018 has exceeded even the most optimistic of expectations.

NYCFC currently sits atop both the Eastern Conference as well as the Supporters’ Shield standings early in the season, recording an impressive four wins and one draw in their opening five matches. In those five matches, NYCFC scored an eye-opening ten goals while only conceding four, and also have registered seven out of a possible nine points away from home.

NYCFC started their season on a high note, securing a 2-0 win over Sporting Kansas City. The team followed up their win with another, 2-1 victory over the Los Angeles Galaxy the following week. NYCFC notched their third straight victory with a 2-0 win over Orlando City SC a week later, but had their streak ended in New England as they drew the Revolution, 2-2. Their most recent win came on Saturday as they kept rolling and beat the San Jose Earthquakes, 2-1.

What is most impressive about NYCFC’s early season success is that most of it has been done without David Villa, who has played a mere 171 minutes for the side this far.

In his stead, newcomer Ismael Tajouri-Shradi has been a goal scoring threat, netting three goals this season already. Jesus Medina has been key to the team’s success this season as well, registering a goal and three assists this season, as has NYCFC veteran Maxi Moralez who has scored three and assisted one in 2018.

NYCFC does not look like it has any plans of slowing down as we enter April, with the team firing on all cylinders and Villa yet to have a healthy run of games.

NYCFC topped Atlanta United, the Columbus Crew, Sporting KC and the Vancouver Whitecaps for March honors as SBI MLS Team of the Month.

Do you think NYCFC will continue their winning ways entering the second month of the MLS season? Can NYCFC sustain their success without David Villa?