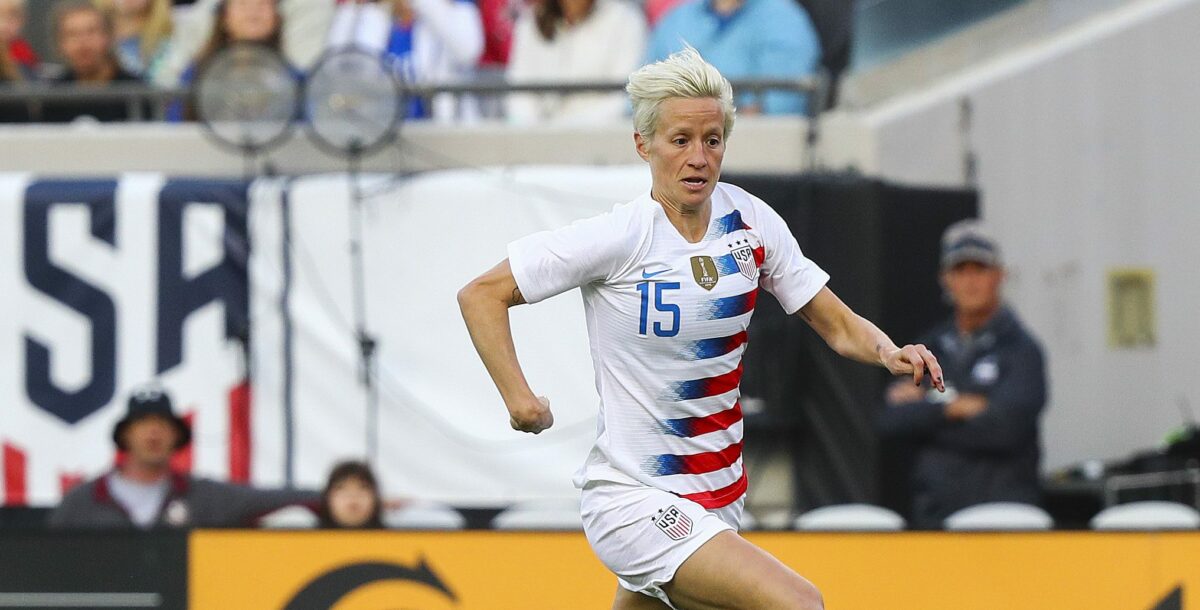 As the U.S. Women’s National Team and Mexico scored eight goals between them, Megan Rapinoe stood out amongst the rest, as she was directly involved in five of them.

The midfielder assisted four of her team’s goals, getting close to Tiffeny Milbrett’s record of five in one match. She got started early, assisting Mallory Pugh’s second minute goal, and frequently helped out her teammates on the day.

She capped off her brilliant performance with a goal of her own, chipping Mexico goalkeeper Cecilia Santiago from distance to make the score 5-2.

Honorable mentions go to Alex Morgan, who had her second two-goal game in four days against Mexico, and Pugh, who wreaked havoc on the Mexican backline for the entirety of her 58 minute shift.

What did you think of Rapinoe’s effort? Which player stood out to you?