Sporting KC fights back for draw against Sounders 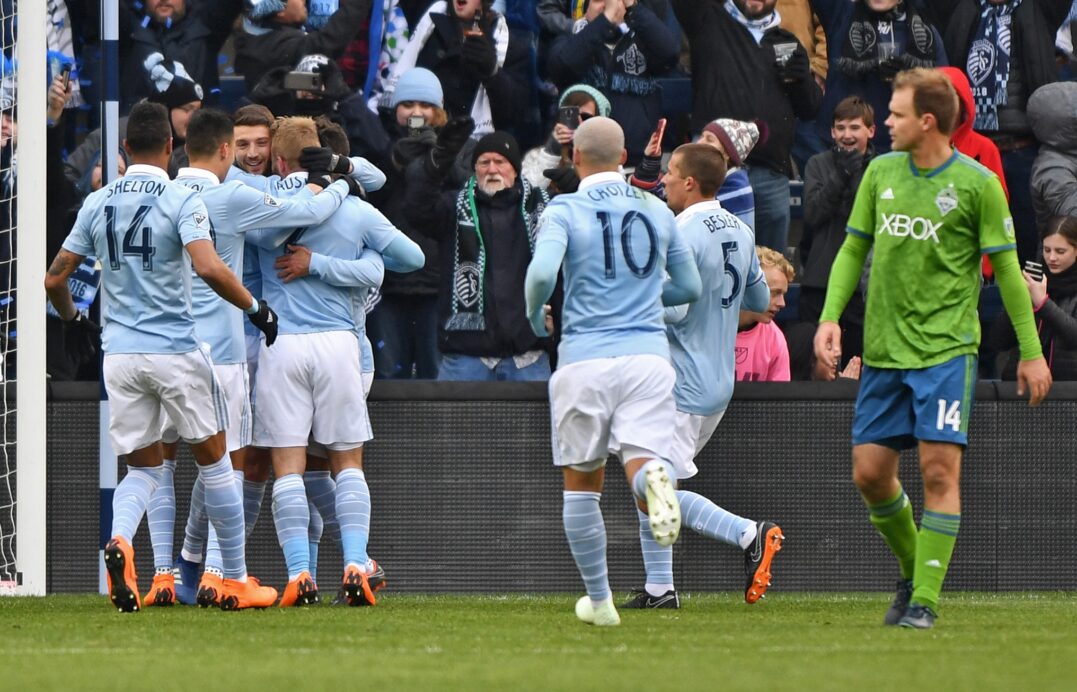 Sunday’s showdown between the Seattle Sounders and Sporting KC saw two teams on different ends of the spectrum in Major League Soccer’s Western Conference. Seattle have underachieved in the opening month struggling for consistency, while Sporting were unbeaten looking to stay atop the West.

Peter Vermes’ side broke the scoreless deadlock in the 34th minute after Johnny Russell was hacked down inside of the box by Nouhou Tolo. Ilie Sanchez stepped up and blasted home the penalty kick down the center of the goal for a 1-0 KC lead.

The Sounders leveled the score in the third minute of first-half stoppage time and it was their veteran forward who got it done. After striking the crossbar a minute prior, Will Bruin finished Chad Marshall’s headed pass for his first goal of the season.

Cristian Roldan snatched the lead for Seattle in the 73rd minute, beating Tim Melia from just outside of the box. Roldan’s right-footed strike found the bottom-left corner after Bruin set the U.S. midfielder up for the chance. It was Roldan’s first goal of 2018.

Zusi took advantage of a defensive breakdown by Seattle to score the game-tying goal for Kansas City. The wingback sped into the box and snuck a right-footed effort past Frei for a share of the points.

Frei was the busier of the two keepers, making six saves in the draw. Melia was forced into one save.

Sporting KC (4-1-2) now sit on 14 points and remain in first place in the Western Conference. Vermes’ men close out a two-game homestand on April 20th against the Vancouver Whitecaps.

The Sounders (0-3-1) grabbed their first point of the season, but are kicking themselves for not earning all three. Brian Schmetzer’s side return home next weekend for an April 22nd clash with Minnesota United.

Graham Zusi earned man of the match honors, grabbing a point for Kansas City after seeing their earlier lead slip away. Zusi has two goals now this season, his most since 2016.

The strike from Roldan seemed to take the air out of the stadium for Kansas City but Vermes’ side stuck to the plan. Zusi put the team on his back when it mattered and answered the call, scoring a lovely solo goal.

Nouhou Tolo was poor for Seattle, conceding the penalty on Russell and not tracking back for KC’s second goal. The 20-year-old may be young but needs to perform better to remain a regular starter for the Sounders.