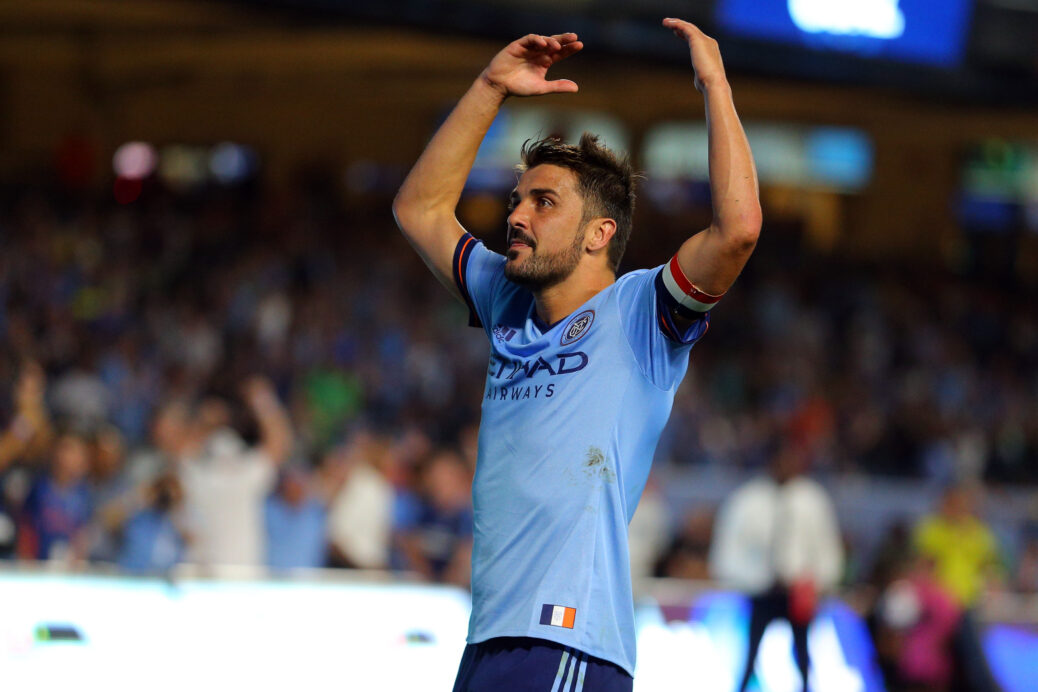 Los Angeles FC christened Banc of California with an opening night victory, New York City FC ensured there would be no unbeaten teams in MLS in 2018, and Orlando City continued its red-hot run of results in Sunday’s eventful MLS slate.

Here is a rundown of Sunday’s MLS action:

LAFC defender Laurent Ciman sent a sold-out crowd at the newly-opened Banc of California Stadium home happy with a 93-minute free kick blast to give LAFC a 1-0 victory against the Seattle Sounders.

Carlos Vela drew a foul from Cristian Roldan that set up Ciman with a 30-yard free kick. He blasted it right at Frei, who was unable to get control of it as it hit him and fell into the net.

Ir was a night when Seattle created the better chances, but failed to convert any of them. Steve Beitashour cleared one dangerous Sounders chance off the line, while LAFC has yet to seriously test Sounders goalkeeper Stefan Frei.

Man of the Match: Laurent Ciman. The Belgian defender helped keep Seattle off the scoreboard, then delivered the winning score.

Moment of the Match: Ciman’s free kick was the easy call.

Match to Forget: Stefan Frei will have nightmares about failing to grab Ciman’s winner.

After losing for the first time this season in their last match, NYCFC bounced back with a big-time performance against another contender.

David Villa led the way with two goals and a secondary assist as NYCFC took down FC Dallas, 3-1, at Yankee Stadium. The win ended FC Dallas’ unbeaten run to start the campaign.

NYCFC jumped into the lead just three minutes in as Jesus Medina pounced on a rebound. After a shot from Nick Ring struck the post and the crossbar, Medina pounced to give NYCFC an early advantage.

It took just seven minutes for FC Dallas to fire back via Santiago Mosquera. However, the deadlock only lasted until the 36th minute. Following a handball call on Reto Ziegler, Villa stepped up and buried the penalty kick for his 400th career goal.

Villa added No. 401 midway through the second half, taking full advantage of an FC Dallas turnover. Villa harassed the defenders and dribbles his way past two before firing a driven shot to push the scoreline to to the end result of 3-1.

Moment of the Match: VAR was used to determine NYCFC’s second goal and, after an obvious handball was spotted, NYCFC took the lead and never looked back.

Match to Forget: Reto Ziegler was called for a handball on what turned out to be the game-winning goal as FC Dallas fell for the first time this season.

Yoshi Yotun’s 77th minute penalty won Orlando City their fifth consecutive game after they went behind fairly early against the Colorado Rapids. This is the fifth five game winning streak in all of MLS since they joined the league in 2015, and their second overall.

Although they ended up taking the full three points, the Lions got off to a rather slow start in this one. They were outshot 6-1 on the opening half hour and ended up conceding in the 26th minute thanks to a long ball from Enzo Martinez picked out Dominique Badji for a breakaway and the opening goal.

Orlando City eventually did work their way into the game to find an equalizer. Cristian Higuita thumped a shot into the upper corner in the 52nd minute. A series of failed Colorado clearances led to the shot. The Lions subtly controlled the game for most of the second half until Yotun won the winning foul with just under a quarter hour left. He smashed home the penalty to provide the well deserved victory.

MAN OF THE MATCH: Even before winning the penalty near the end, Yoshi Yotun was the engine behind the Orlando City attack. He was a pinpoint passer all afternoon long.

MOMENT OF THE MATCH: Colorado looked like they would be able to earn a share of the points until the final 15 minutes. Then the penalty was called and the game changed for good.

MATCH TO FORGET: Dillon Serna didn’t exactly make the most of his substitute appearance. He was introduced in the 50th minute and was mostly useless on the right wing before committing the foul that led to the winning penalty.