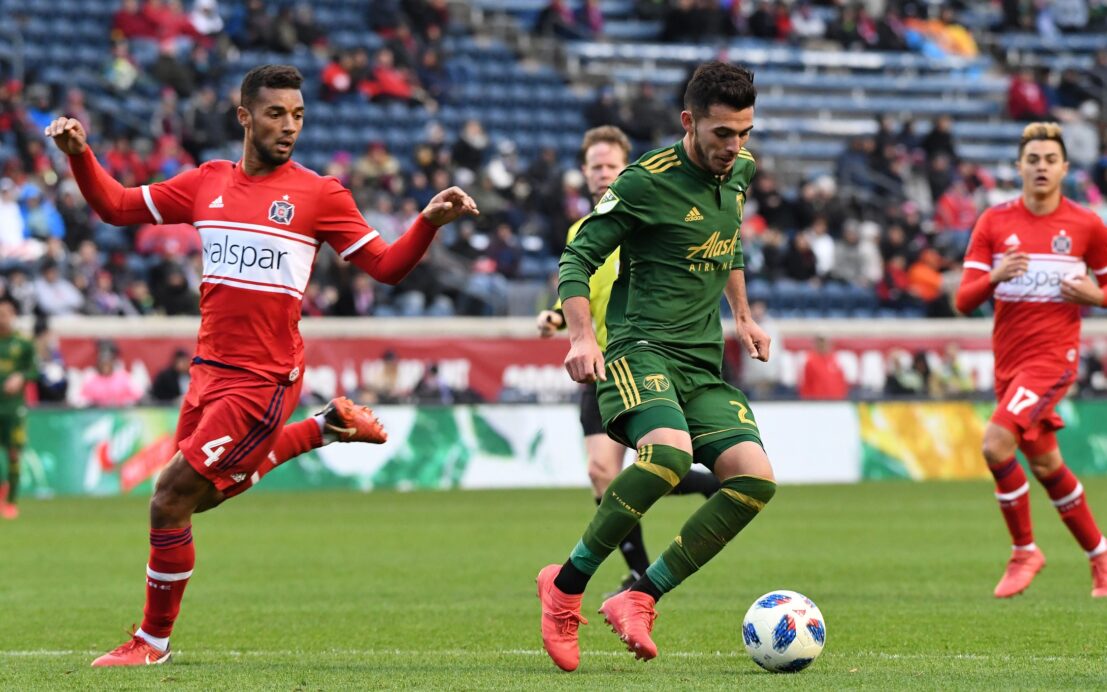 The Portland Timbers are off to a rough start in 2018. Through their first four matches they have two draws and have only scored four goals while conceding nine. They sit down in 11th place in the Western Conference on two points, ahead of only the pointless Seattle Sounders.

A number of factors have contributed to the slow start in the Rose City. They are at the tail end of a five match season-opening road trip that included a challenging trip to Red Bull Arena, where they got smacked, 4-0.

They haven’t been able to settle on a consistent starting XI for various reasons. The most prominent being Diego Chara’s injury carrying over from the end of last season and the  struggle to find a replacement for the departed Darlington Nagbe in the midfield, which has caused a bit of a tactical conundrum for head coach Giovanni Savarese.

While their front three is more than solid with Diego Valeri, Sebastian Blanco, and Fanendo Adi leading the way, the Timbers haven’t been able to settle on a formation or a set starting lineup in the midfield. They’ve gone from a midfield two in their opening matches, both of which were defeats, to a midfield three made up of several different pieces in their latest draws at FC Dallas and Chicago.

Finding the right midfield set is going to be the key to Portland’s turn around this season. Diego Chara is the obvious centerpiece of the unit since he’s played nearly every Timbers match since the beginning of 2013. His primary partner is David Guzman, who’s missed each of the last two matches due to a knee sprain picked up  on international duty with Costa Rica.

Finding the third member will be the key. Christian Paredes has started three of the Timbers’ four matches this year, but hasn’t really stood out. Andy Polo came into the side with a lot of hype, but hasn’t gotten off the bench since he started the opening match. Lawrence Olum has been a decent stopgap over the last year or so, but his age has begun to catch up with him. There is also Andres Flores, who made his first start against the Fire on Saturday and provided an assist on the team’s second goal of the match before coming off late on.

Regardless of who Savarese ends up with in the center of the park, the eventual choice will need to fill a Darlington Nagbe-sized void. Nagbe never did much in terms of goals and assists for the Timbers, but he was always the main engine that got the attack started further back on the pitch.

He was their most proficient passer over the past few seasons and whoever steps in alongside Chara and Guzman needs to approach for departed USMNT midfielder’s success in distribution.

Nobody, except for Chara, who was an 89% passer on his own last year, has come close to Nagbe’s 92.1% pass success rate from a year ago. The closest competitors are midfield/defender hybrid Bill Poni Tuiloma, Andy Polo in his one appearance, as well as Guzman and Paredes. All of them are around 10% less efficient over their small sample sizes than Nagbe was over the entire course of last year.

The Timbers will eventually settle in and turn their slow start around. Going winless in the month of March is nothing new for them and they’ve pulled it out in the past. They have a skilled coach in Savarese and a lot of talent to choose from. They just need to find the right pieces to get their midfield in gear before they can start winning matches.