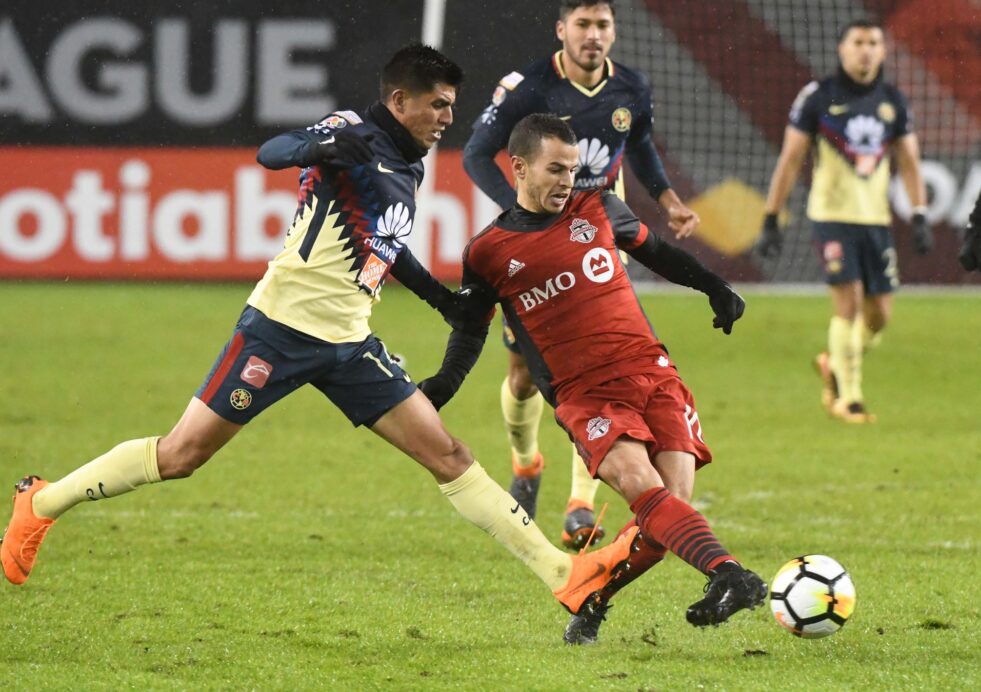 The Estadio Azteca is one of the most intimidating stadiums in all of soccer. The atmosphere mixed with the altitude of Mexico City make the Azteca a place where dreams go to die.

Up by two goals in its CONCACAF Champions League semifinal with Club America, Toronto FC is hoping it can earn a rare result in Club America’s home cauldron.

The Reds ensured pressure would be on their Mexican hosts entering the second leg, as they won a chippy 3-1 first leg at BMO Field, but it was far from a perfect result for Greg Vanney’s side. Club America has an away goal in the bag, which makes it easier for the Liga MX side to come back on home soil.

Of course, Toronto is going to have to defend, but it doesn’t want to spend the entire contest in its own half.

“[Club America] are a good team, a team that if you sit back, let them have the ball and dictate how things go, then it can be a long 90 minutes,” Toronto FC midfielder Michael Bradley said. “And so we’re going to make sure we step on the field, and in a smart, aggressive way, go for things: try to score, play forward, go after them with and without the ball.”

With Bradley and Jozy Altidore in the side, the Reds have experienced players used to the unique environment inside the Azteca.

In addition to the pair of U.S. Men’s National Team regulars, Toronto possesses Sebastian Giovinco and Victor Vazquez, who played in Europe’s biggest stadiums before moving to MLS.

“Through continuity and experience, we have a very good team; have a good chance to win,” Toronto FC manager Greg Vanney said. “That’s why we’re here. We’re not here to just participate, but to win.”

With all due respect to the great venues in Europe, Giovinco and Vazquez haven’t experienced anything like the Azteca.

How Bradley and Altidore prepare the squad for the surroundings of the Azteca will be a massive mental part of the preparation, but the Reds also need to come out strong on the field.

Throughout the competition, role players like Ashtone Morgan and Marky Delgado stepped up to push the Reds ahead of opponents, and the same is needed Tuesday night.

Expect Delgado and Jonathan Osorio to be key figures once again, like they have been for most of TFC’s championship matches, as they try to contain the pressure up the middle of the field.

The back three headlined by MLS veteran Drew Moor must alleviate the pressure coming from Oribe Peralta and the Club America attack.

In order for the Reds to have a chance of advancing to the CCL final, they must survive the first half without conceding and then hold on in the second half while pushing for an away goal.

Nothing is going to go as plan since this is CONCACAF, but if the Reds weather the storm in Azteca, they should be able to challenge the Mexican giants for 90 minutes.