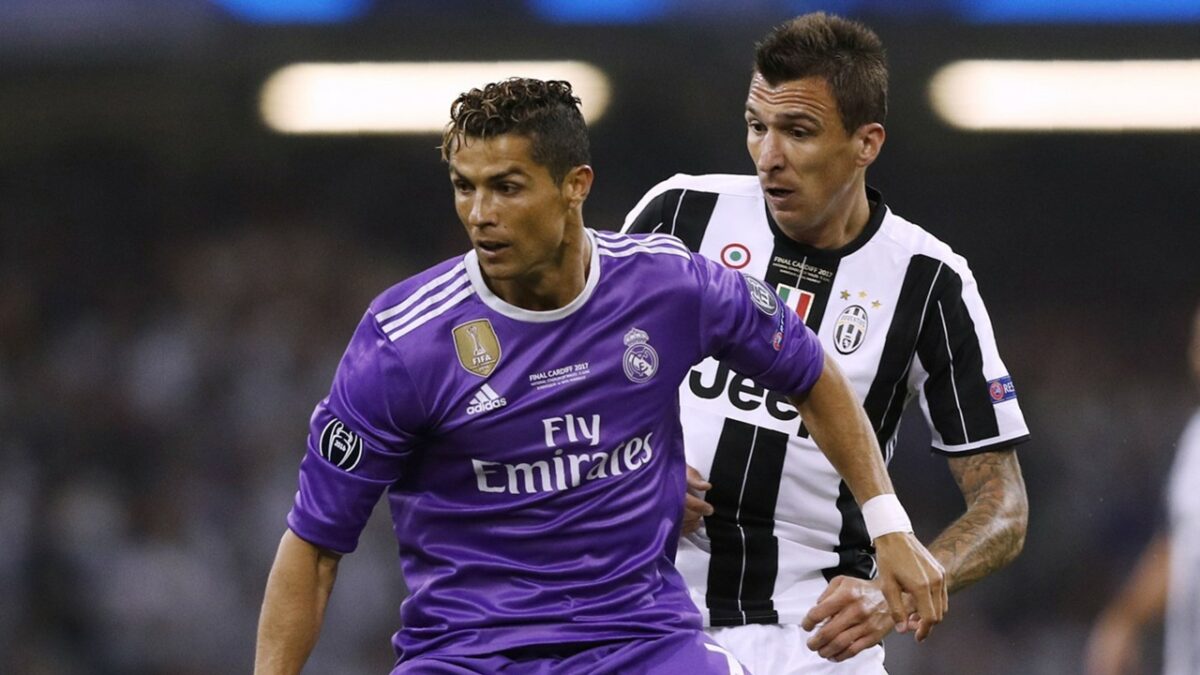 The UEFA Champions League returns this week with eight teams remaining in this year’s competition.

Tuesday’s action gets underway with a rematch of last June’s final as Juventus hosts Real Madrid in Turin. Los Blancos rolled past the Old Lady. 4-1, to win the tournament last year, and the hosts will look to pull a shock against Zinedine Zidane’s men. Also on Tuesday, Sevilla faces Bayern Munich at home after eliminating Manchester United in last month’s Round of 16.

Injuries of Note: Juventus will be without defender Mehdi Benatia and midfielder Miralem Pjanic who are both suspended. Alex Sandro and Federico Bernardeschi are both injured, but striker Mario Mandzukic could feature. Madrid has a healthy squad with defender Nacho the only real doubt to miss out.

Key to the Game: With Juventus expected to shuffle their defense, Real Madrid will hope to get after a possible make-shift backline. Winger Gareth Bale is in good form, while Cristiano Ronaldo was rested at the weekend. Juventus will need to withstand pressure, but also look to cut Madrid on the wings.

Player to Watch: Gareth Bale is in good form for Madrid, scoring four goals in his last five matches. His 13 goals in all competitions is more than he had a year ago, and should be able to cause problems against a rotated Juventus backline.

Quote: “We need to play like we did in the first half in Cardiff, but to maintain that level throughout the tie,” Juventus manager Massimiliano Allegri said. “We are taking on the Champions League favourites. To knock them out would be a feather in our cap.”

Injuries of Note: Ever Banega is suspended for Sevilla, while defender Sebastien Corchia is injured. Bayern remains without starting keeper Manuel Neuer, but also will be missing midfielder Kingsley Coman and defender Juan Bernat.

Key to the Game: Sevilla will have to frustrate Bayern at home just like they did with Manchester United. However, to avoid a tougher task in the second leg they will need to find the back of the net. Look for possession to be huge if the La Liga side wants to have a good performance.

Player to Watch: After scoring two goals to eliminate Man United, Sevilla forward Wissam Ben Yedder will turn his sights toward Bayern. The French forward has 19 goals in all competitions this season, with 10 coming in the UCL.

Quote: “We want to make history, we’re going to play with everything until the end,” Sevilla manager Vincenzo Montella said.

Injuries of Note: Cenzig Under (knee) and Lorenzo Pellegrini (calf) are minor doubts for Roma, but the bigger loss could be Radja Naigngolan (hamstring) who limped off at the weekend. Barcelona will be without Sergio Busquets, Lucas Digne, and Sergi Samper.

Key to the Game: Barcelona could punch their ticket into the semifinals with a dominant performance at home. Expect the hosts to tire Roma with continuous attacks and pressure. The Italians will need some offensive chances to have a shot at making this a contested match.

Player to Watch: Lionel Messi has been a one-man crew for Barcelona this Champions League, scoring six of their 10 goals in the competition. Messi has 35 goals and 16 assists in all competitions this season and looks to be showing no signs of stopping even at 30 years old.

Quote: “There is a very big dream that exists just now at Roma and sometimes that helps you move mountains and achieve impossible things,” AS Roma sporting director Monchi said.

Injuries of Note: Liverpool will hope to welcome back midfielder Emre Can who has been dealing with a bad back. Adam Lallana is questionable while Joe Gomez is out. John Stones, Fabian Delph, and Sergio Aguero are all pushing to be back for City but Benjamin Mendy remains out.

Key to the Game: Liverpool are the only side to defeat City in the Premier League this season, and their high-flying attack was the reason for it. They were able to pin City back and cause turnovers in their own half. Jurgen Klopp’s men will have to come with the same intensity to pull out a win again. Manchester City will need to limit their turnovers and also make the most of chances in front of goal. They cannot afford to pass in their own-half the entire match, and will need to keep Liverpool pinned back.

Players to Watch: Mo Salah has seven goals in the UCL for Liverpool, and 37 in all competitions. The Egyptian winger can beat teams in a variety of ways and will look to show off his talent again on Wednesday. Raheem Sterling has 21 goals in all competitions for City, and like Salah can beat teams with pace. The England international is having his best professional season yet.

Quote:  “We’d like to get a great result in the first leg and then dominate the game in the second leg, in front of our fans,” said Manchester City midfielder Ilkay Gundogan. “That’s what we want to do and, if we achieve that, then I’m sure we’ll make it into the next round.”