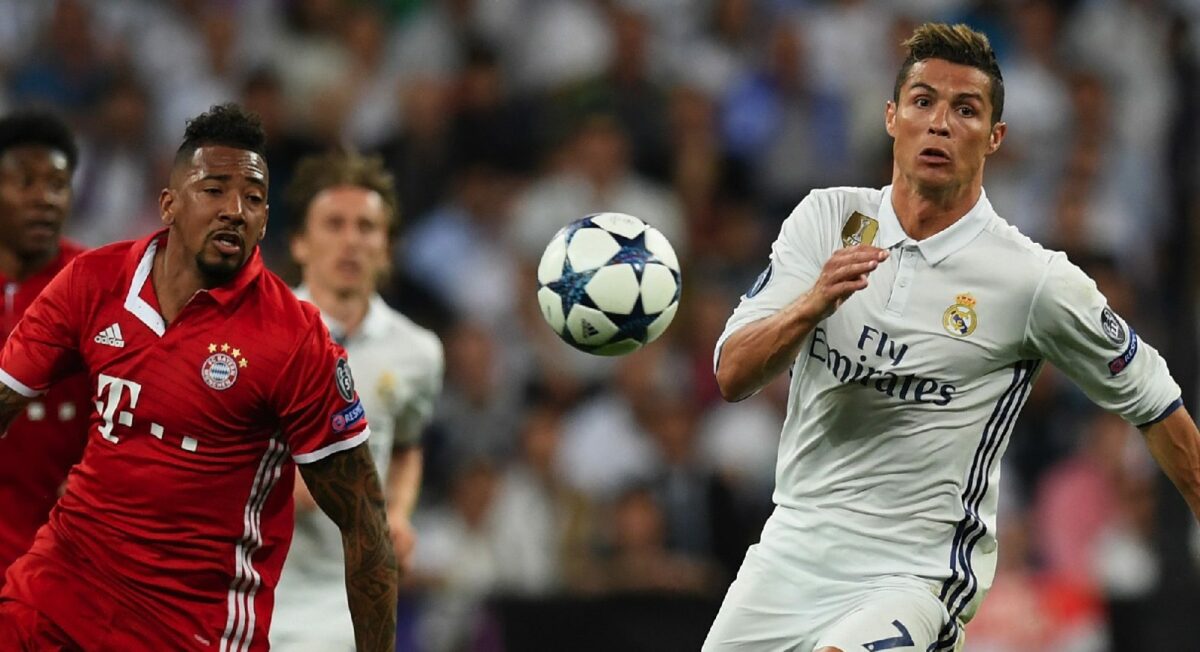 The UEFA Champions League is always good for some surprises or two along the way. Heavyweight clubs are expected to make a deep run in the competition, with some Cinderella sides looking to spoil the party.

The 2017-18 edition of the tournament moves to the semifinals this week as Bayern Munich faces off with Real Madrid in the mouth-watering draw, while Liverpool and AS Roma face off in the other after some huge wins in the last few rounds.

Bayern and Real last met in 2016-17, with Los Blancos eliminating the Bundesliga side, 6-3, on aggregate in the quarterfinals. The La Liga side has claimed the scalps of Bayern in their last two meetings in the Champions League, last losing to them back in 2012.

Meanwhile, Liverpool welcome Roma to Anfield on Tuesday for the first leg. Jurgen Klopp’s men ousted FC Porto and Manchester City over the last two rounds, and are seeking to win their first UCL title since 2005. Roma eliminated Barcelona in dramatic fashion in the quarterfinals after ousting Shakhtar Donetsk in the Round of 16.

Injuries to Note: AS Roma have two long term absentees for this match with Rick Karsdorp and Gregoire Defrel out with  injuries. For Liverpool, Emre Can, Adam Lallana, and Joel Matip are long term absentees while Nathaniel Clyne missed Sunday’s 2-2 draw at West Brom.

Key to the Match: AS Roma cannot afford Liverpool to play their free-flowing attack in both legs. For a chance to move on, Roma will need to quiet down Mohamed Salah on the wing while keeping Liverpool pinned back on counter attacks. Liverpool will need to avoid Roma from having the ball in the center of the park.

Player to Watch: Salah is having the season of a lifetime with 41 goals in 46 appearances across all competitions. The Egyptian added to his tally this past weekend, and will be a pest for a Roma backline who is looking to stand strong.

Quote: “Nobody thought after the first result that they can have the kind of comeback against Barcelona because it’s not usually possible,” Liverpool manager Jurgen Klopp said. “They can make seven or eight changes for their last league game and look comfortable and win which is a big advantage. But then being at Anfield is an advantage to us as well.”

Injuries to Note: Bayern will be without midfielder Arturo Vidal who injured his knee in training. Manuel Neuer and Kingsley Coman are also out for the Bundesliga winners. Nacho remains the only long term absentee for Real Madrid, and neither team has any suspensions.

Key to the Match: Real Madrid will aim to keep Bayern Munich on the back foot, using their wing play most of the time. Bayern will hope to shred Madrid down the middle of the field, with playmakers Thomas Muller and James Rodriguez hoping to see a lot of the ball.

Player to Watch: Cristiano Ronaldo has 15 goals in the Champions League this season, and is showing no signs of slowing down. The Portuguese forward will look to get after a Bayern backline that has not been tested much in the last two rounds.

Quote: “We can only stop Cristiano Ronaldo as a team. In front of goal, he’s like a machine. You can’t shut him out completely, he always gets his chances in a game because of the lines he runs and his excellent timing,” Bayern defender Jerome Boateng said. “Real base their game around him and it’s important we give him as little room as possible.”