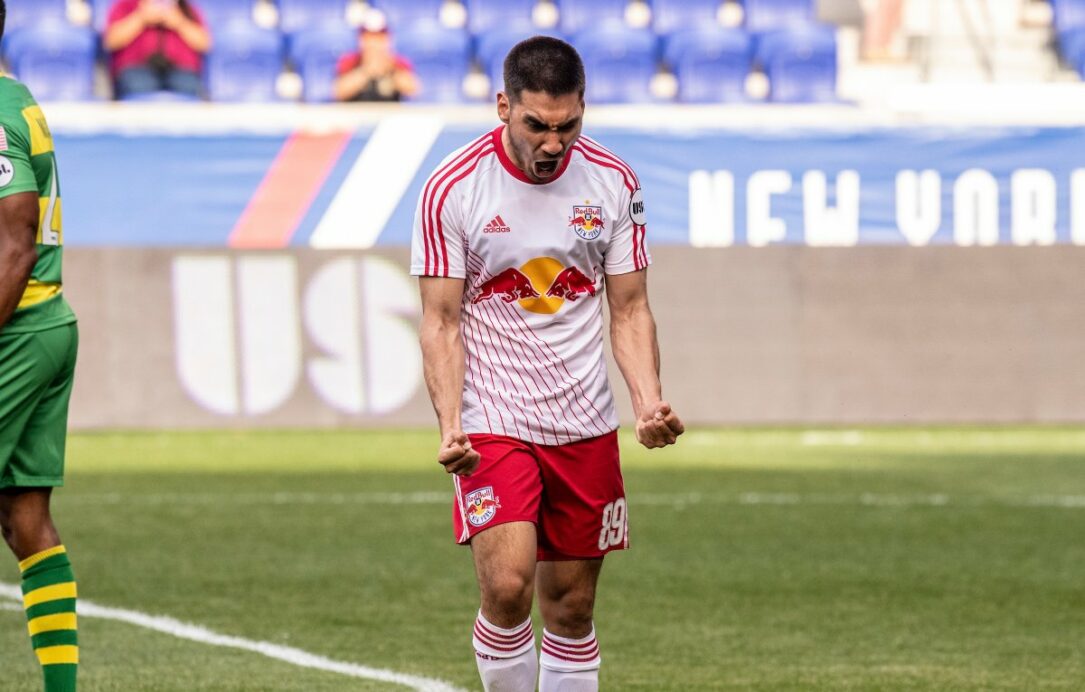 The USL season continues on with some intriguing results in week 5.

First up, the New York Red Bulls II absolutely stomped the Tampa Bay Rowdies. NYRBII made the most of their chances, but their defensive effort should be the focus. The Rowdies high flying offense was smothered on the day, and the NYRBII earned their first shutout of the season.

Then, North Carolina FC got their first win in 2018. The transition to USL for the former NASL side has been difficult, but their improvement week over week should have the team and fans optimistic.

Finally, Orange County SC took control of the western conference with their fourth straight win. OCSC failed to make the playoffs in 2018, so the early results should have fans buzzing in California.

Let’s look at the rest of the results from Week 5:

Indy Eleven continued their strong start winning their second straight match over NSC. Two goals from Soony Saad in the first half was too much for NSC to overcome, despite pulling one back via Ropapa Mensah’s equalizer just before the half.

NSC threatened to pull level late on a free kick, but Indy Eleven Zach Steinberger cleared the danger, preserving the lead for the home side. Indy Eleven move to 3-1-0 on the year while NSC drop to 2-2-1.

NYRBII made the most of their chances against the Rowdies, making a big statement in the blowout win about the team’s attacking prowess in 2018. NYRBII lead the league in shots taken, creating chance after chance in each match this season.

The Rowdies stumbled early, and struggled to beat Evan Louro who made two big saves in the second half to hold the shutout.

NYRBII improve to 3-1-1 on the year, sitting in second place, and leaping the Rowdies, 3-2-0, who drop to third in the eastern conference.

Daniel Rios scored the opening goal in the 50th minute, finishing off a rebound from his own shot that had struck the post. Rios had numerous chances in the match but failed to hit the target up until the opener.

While Rios’s goal would ultimately prove to be the winner, Mario Lomis added a second in the 86th minute to ensure the victory.

NCSC improve to 1-3-0 with their first win while the Independence move to 2-2-1 on the season.

The Riverhounds won their second straight match over the struggling Fury by a narrow margin and a late goal Saturday.

The Fury and Riverhounds exchanged blows throughout the match, though the home side looked destined to win. It took until the 85th minute for the Riverhounds to break through.

Tobi Adewole produced the game winner on a sweet finish off of a low cross from Kevin Kerr. The Fury nearly equalized at the death, but Cristian Portilla’s shot was pushed over the crossbar by Riverhounds goalkeeper Dan Lynd.

LCFC improved to a perfect 4-0-0 with a late win over the visiting Kickers.

The Kickers took an unexpected early lead with Brian Shriver once again providing the scoring touch. Shriver curled in a shot from 25 yards, finishing a give and go sequence with Heviel Cordoves.

LCFC failed to level the match before the half, and it looked like the Kickers might push them to the brink. In the 64th minute, a Kyle Smith penalty kick finally rewarded LCFC’s hard work.

George Davis IV made sure the home side got all three points with a stoppage time goal in the 90+1 minute.

The Sounders FC 2 ended their four match losing streak defeating the Toros by a narrow margin.

The Sounders FC2 opened the scoring in the first minute before falling behind by the end of the first half. Matias Zaldiver leveled the match in the 22nd minute and Guilermo Delgado’s first half stoppage time goal gave the Toros the lead at the break.

Felix Chenkam equalized for the Sounders FC 2 in the 66th minute and Azriel Gonzalez won the match for the home side in the 82nd minute.

OCSC maade another big statement this weekend, winning their fourth straight over SAFC, and moving into first place in the western conference.

Goalkeeper Andre Rawls had a big performance in the net for OCSC, recording eight saves on the way to the shutout victory.

With the backline holding the shutout, OCSC took care of things at the other end of the field. Koji Hashimoto, Thomas Enevoldsen, and Giovanni Godoy all contributed to the scoring efforts.

STLFC recorded their second win of the season, beating Los Dos at home 1-0.

Just one minute into the second half, Joey Calistri scored the game winning goal. Calistri’s header inside the six yard box proved the difference between the two sides that sparred for much of the match.

The Switchbacks offense finally got going with a big win over 1868 FC.

Luis Felipe Fernandes’s own goal in the 18th minute was an omen of things to come. Luke Vercollone added a goal and an assist, leading the Switchbacks to the big victory. AJ Ajeakwa, and Jamal Jack also contributed to the scoring.

The Switchbacks’ slow start is now firmly behind them with two straight victories, improving to 3-3-0 on the year while 1868 FC remain winless at 0-3-1.

The Lights remain undefeated in 2018 with a hard fought draw that saw the debut of Freddy Adu.

Adu did not factor into the score sheet, but the Lights shone bright early, scoring in the 2nd minute when Joel Huiqui bundled home a corner kick to open the scoring.

Sac Republic equalized early in the second half from a corner kick as well when Villyan Bijev found Christian Eissel. The visitors seemed to be in the driver’s seat for the final 20 minutes, but could not find the match winner.

Steel FC are still struggling to find wins in 2018, but a draw against FCC should give them confidence as they continue to grow into the new season.

Corey Burke opened the scoring in the 15th minute, redirecting a low shot by Anthony Fontana. From there FCC pressed for the equalizer, but John McCarthy made some important saves to preserve the lead.

FCC would get the breakthrough in the 72nd minute. Nazmi Albadawi’s low shot finally beat McCarthy and brought the teams on level terms.