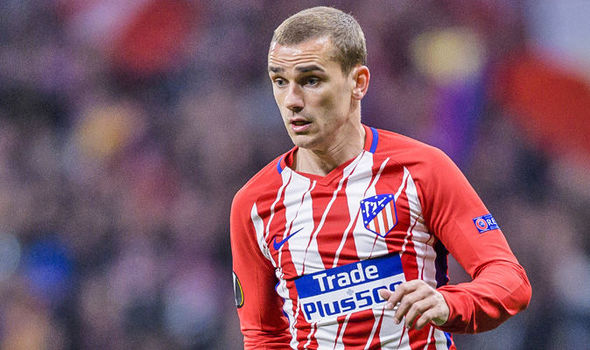 Atletico Madrid did what good teams do after seeing themselves eliminated from the UEFA Champions League: kept their heads up and continued to fight towards a different trophy.

Diego Simeone’s men used a brace from star forward Antoine Griezmann to down Marseille, 3-0, in Wednesday’s UEFA Europa League final in Lyon. It was Atletico’s third Europa League title in their history, and the third out of the past eight seasons.

Griezmann took advantage of a Marseille breakdown and slotted in the opener in the 21st minute. The Frenchman received a pass from midfielder Gabi and slotted past Steve Mandanda into the center of the goal.

Marseille forward Dimitri Payet was subbed off in the 32nd minute with an injury, leaving the Ligue 1 side without one of their key attackers.

It didn’t take Atletico long to add to their lead with Griezmann at the forefront once again. Again with his left foot, the 27-year-old forward was able to get the better of Mandanda, giving him 29 goals in all competitions this season.

A perfectly placed pass from Koke in the 89th minute found Gabi on the right side of the box, and the midfielder added Atletico’s third from a brilliant right-footed strike.

At the final whistle, Simeone’s men claimed their seventh Europa League victory in this year’s competition with Wednesday’s being the sweetest of them all. Marseille was held to two shots on goal, losing in their home country to a much-more organized team.