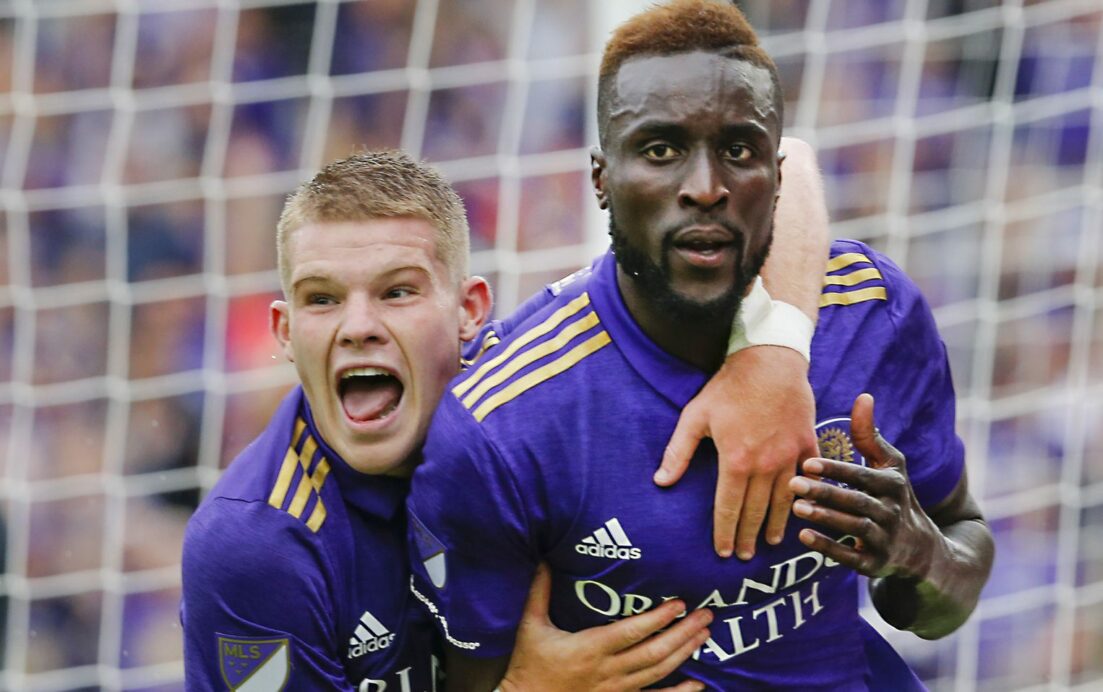 Orlando City’s games have a knack for being chaotic, especially at Orlando City Stadium.

When Dom Dwyer and Lamine Sane scored four minutes apart to give the Lions the lead in the second half on Sunday, the expectation of a wild final 25 minutes came to mind once again.

Unlike past home contests against the New York Red Bulls, Portland Timbers and San Jose Earthquakes, the Lions didn’t give up a second goal to Real Salt Lake and closed out a 3-1 win through Yoshimar Yotun’s strike.

“It says a lot that we can continue to come back from difficult situations, being a goal down in the first half after I thought we started so incredibly brightly,” Orlando City manager Jason Kreis said.

The victory set a franchise record six-game winning streak entering Sunday’s contest with Atlanta United, a rivalry match that could be one of the best contests in Major League Soccer this season, as the Five Stripes are unbeaten in eight games.

As crazy as it may sound for a team with 18 points in the last six games, the Lions still have room for improvement.

Kreis’ team is tied with New York City for most goals conceded of teams in the Eastern Conference playoff positions with 14, and goalkeeper Joe Bendik has a single clean sheet to his name.

The start of Sunday’s clash against RSL displayed why concerns still surround the Lions defense, as Damir Kreilach’s pass unlocked Orlando and found Corey Baird for a 12th-minute goal against the run of play.

The Lions almost fell into a familiar trap after Dwyer’s equalizer, as Baird broke through the defensive line, but Bendik was there to make a key stop, like he has in plenty of games since taking over the starting goalkeeper job.

Orlando deserves credit for fending off any late threat produced by Mike Petke’s team, but perspective needs to put in play before we deliver a load of praise on it.

“We’ve had some really good results, but the truth of the matter is we all know we can do better,” Kreis said.

The toughest opponent of the six-game winning streak was the Red Bulls, who the Lions beat, 4-3, in a must-win game to start the run.

The Timbers at the end of a long road trip, Union, Earthquakes, Rapids and RSL are all teams the Lions should beat, and now they have an opportunity to prove they are for real against Atlanta United in a clash of the two hottest teams in MLS.

If you’re looking for a good sign out of Sunday’s win, it’s the Lions are able to create significant scoring chances after being shut out for long stretches.

When you have Sacha Kljestan and Dom Dwyer in form, it’s easy to shrug off a defensive stranglehold and power home a momentum-changing strike, like the two combined for in the 60th minute.

There are going to be times throughout the season in which the Lions are going to have to win 1-0 games, or be limited to few chances, but when those opportunities come, they need to be finished in order to stay in the pantheon of MLS’ best teams.

But how the defense responds to a continuous assault of chances is the biggest concern entering a four-game stretch against Atlanta, Toronto FC, Chicago and NYCFC.

The key to solving the defensive consistency issue could lie in defensive midfield, where Cristian Higuita and Yotun preside.

If Higuita and Yotun combine to shut down the productivity of players like Miguel Almiron and Sebastian Giovinco, the job of the back four becomes easier and Bendik won’t be forced to stand on his head as often.

Of course, the defenders still have difficult tasks on their hands, with well-rounded attacks hungry to thrive on their mistakes, but we’ve seen through a few stretches what they’re capable of at their best.

While it may be unfair in the eyes of some to look at Orlando so critically in the middle of what is tied for the longest MLS winning streak in the last four years, the Lions are nowhere close to the complete product, which is scary thought.

If the Lions get through the tough pre-World Cup stretch with its defensive in tact, the conversation about them earning the first-ever playoff berth in club history and a run at MLS Cup can be more serious.