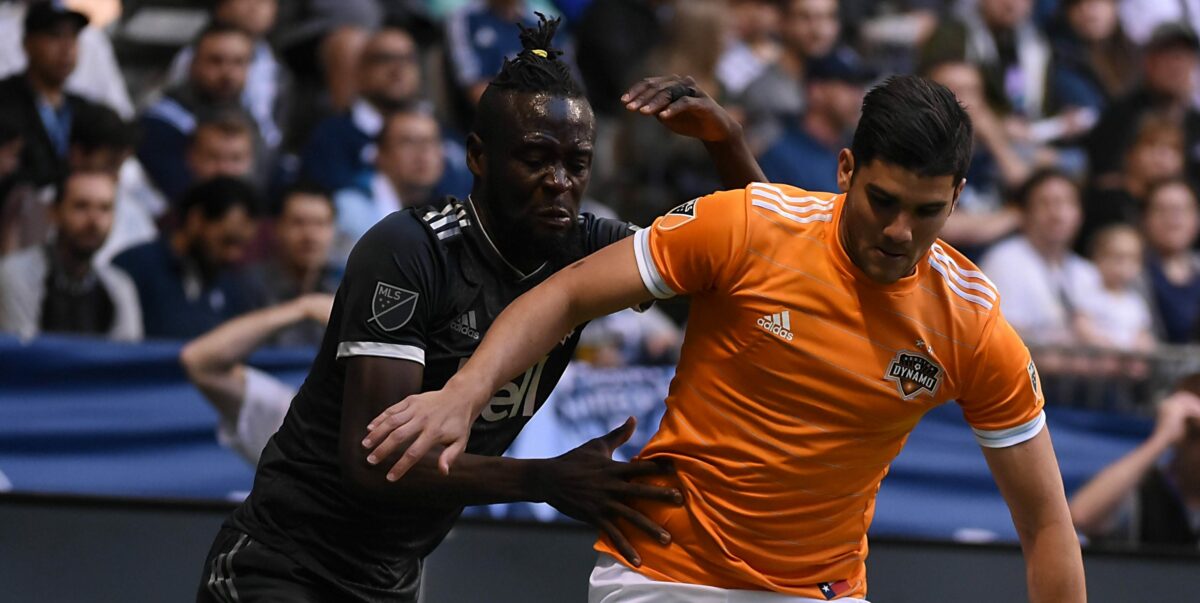 The visiting Houston Dynamo and Vancouver Whitecaps left it for late, trading a pair of late goals in stoppage time in a thrilling draw.

Manotas goal came in the 90th minute, all but sealing the win for the Dynamo. Following a blocked shot in the box, Manotas rocketed a shot with his second touch, leaving Brian Rowe helpless on what appeared to be a game-winning goalazo.

Four minutes after that, the Whitecaps stole the point right back as Waston headed home a lopping headed assist from Kei Kamara in the dying moments.

Martinez opened the scoring in the 35th minute, firing home on an assist from Alberth Elis for the game’s first finish. Just nine minutes later, though, the Whitecaps were back as Jose Aja scored his first MLS goal via a flick on the near post.

Now, the Dynamo look ahead to a visit to the Chicago Fire next Sunday while the Whitecaps take on the San Jose Earthquakes on Wednesday.

Kendall Waston provided an assist on the opener and the game-tying finish in stoppage time, capping a surprisingly attacking game from the Costa Rican defender.

As if there’s any doubt, the game’s big moment was Waston’s finish in stoppage time.

The Dynamo backline continues to struggle, and there’s no excuse for the Andrew Wenger to lose Waston on the post on the game-decider.