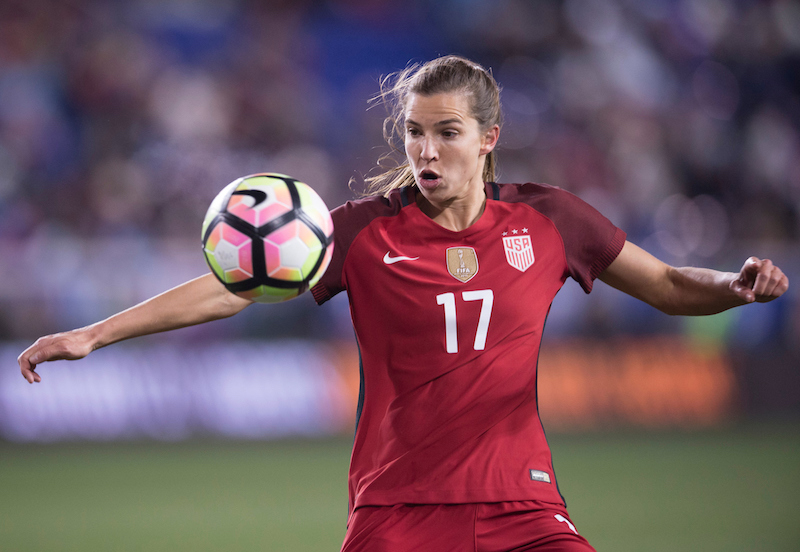 U.S. Women’s national team head coach Jill Ellis has shaken things up a bit ahead of a pair of June friendlies against China, calling up a squad of 24 that features experience and big opportunities to those lacking it.

In addition to the usual names, the list of 24 features the likes of Julie Ertz, Tobin Heath, Samantha Mewis, and Amy Rodriguez, who all return from injury. Ertz’s injury was one that saw her miss most of March’s SheBelieves Cup and April’s matches against Mexico, while the other three had been out of the team for more than six months. Additionally, Christen Press has returned to the fold after missing the April friendlies while sorting out her club situation.

The roster sees a large number of players seemingly on the bubble to make the World Cup qualifying team, and many who are looking for their first caps. Merritt Mathias is the latest name to be considered as a fullback for the U.S., and will be looking for her first match in a USWNT jersey along with Casey Murphy, Margaret Purce, and Abby Smith.

The U.S. will be without a few of its mainstays through injury. Kelley O’Hara will once again miss USWNT duty, as will Mallory Pugh, Emily Sonnett, and Lynn Williams, who are nursing injuries. Rose Lavelle has recently made her return from a long-term hamstring injury, playing in the Washington Spirit’s loss to the Houston Dash this weekend, but may not be fit enough to participate in camp.