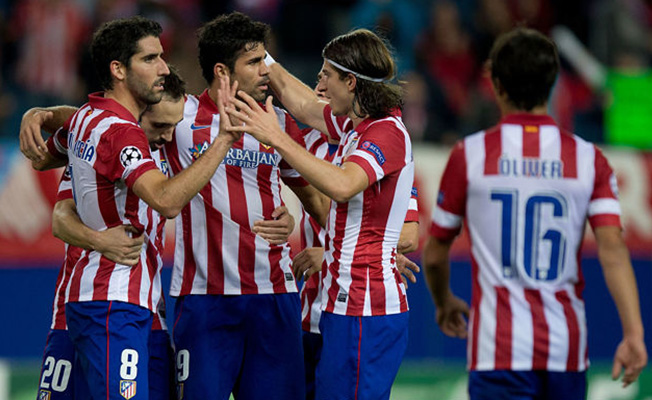 Atletico Madrid continued their strong run in the UEFA Europa League, using a 1-0 second leg victory over Arsenal in Thursday’s semifinals to book their place in the final. The La Liga side advanced on a 2-1 aggregate scoreline in front of their home fans.

Following a 1-1 first leg draw in London last weekend, Diego Simeone’s men knew they held the edge on aggregate thanks to their away goal at the Emirates.

It was a former Premier League striker who broke the deadlock at the Wanda Metropolitano.

Diego Costa’s seventh goal of the season for Atletico came in the 45th minute, as the Spaniard finished Antoine Griezmann’s through ball in the center of the box.

Arsenal was frustrated most of the match, only forcing Jan Oblak into one save in the tie. Granit Xhaka’s long-range strike in the 61st minute was repelled out by the Slovenian keeper.

David Ospina made four saves in the loss for the Gunners, which looks to be Arsene Wenger’s final European match in charge of Arsenal.

Atletico will face Marseille in the Europa League final on May 16th at the Parc OL in Lyon.

Salzburg fought their way back from a 2-0 first leg deficit to tie Marseille on aggregate after 90 minutes in Austria on Thursday.

However, the comeback came a tad short as the Ligue 1 side advanced 3-2 on aggregate thanks to a 116th minute winner from Rolando.

The Portuguese defender came on in the 101st minute and made an impact in the final moments. A cross from Dimitri Payet found Rolando inside of the box and the centerback did the rest, slotting into the bottom-left corner.

Amadou Haidara made it 1-0 for Salzburg in the 53rd minute as he scored his third goal of the competition. An own goal by Bouna Sarr in the 65th minute leveled the sides on aggregate at 2-2.

Marseille winger Florian Thauvin headed off the crossbar in the 74th minute which was one of the few offensive chances the visitors had prior to extra time.

Rolando, who now has three goals this season will certainly savor his goal as Marseille advance to their first Europa League final since 2004.